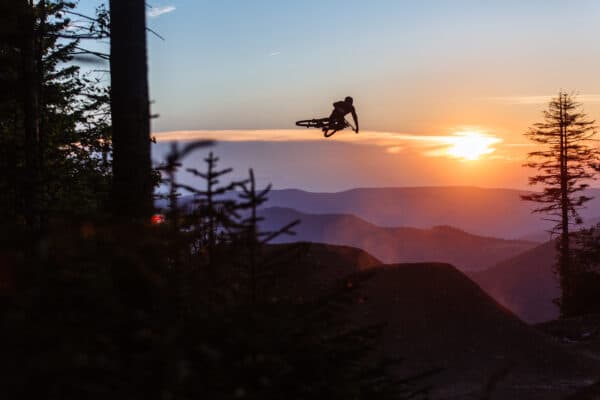 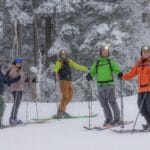 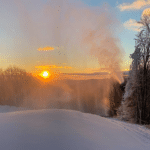 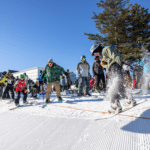 Snowshoe Mountain will have capacity limits in place this season as part of COVID protocols. Advanced ticket sales is highly recommended. The resort will also follow state and local guidance. This is subject to change.

The mountain operation crews have been busy behind the scenes this season replacing pipes used for snowmaking.

“It’s not the sexiest of capital improvements – the digging up of old snowmaking pipes and putting new ones in,” Snowshoe Mountain Director of PR Shawn Cassell said. “It’s so important because you have all the new guns in the world, but if the pipes underground getting the water and air to them are old, the guns are only going to do so much. I think that is going to make a noticeable difference.”

Snowshoe replaced pipes in both on parts of the mountain.

The mountain operation crews have also found some cool ways to recycle the old pipes in using them in terrain park features.

In addition, Snowshoe has added a brand new snowcat to its arsenal.

Also returning for this season will be a number of events along with some food and beverage changes and the relocation of the family fun center to the Bear’s Den at Silver Creek while the Big Top is transitioned into a rental location.

Snowshoe Mountain offers the most of everything that makes skiing, snowboarding and generally having a great time on the snow in the Southeast. They receive the most natural snow at 180 inches per season; they have the largest vertical drop of 1,500 feet; they offer the most skiable terrain at 244 acres; they have the most efficient lift system carrying more than 24,600 people up the mountain per hour…and the list goes on and on.
Snowshoe Mountain, located in Pocahontas County, is the largest winter resort in the Mid-Atlantic and Southeast, and has been voted the top resort in the region numerous times by regional and national media outlets. 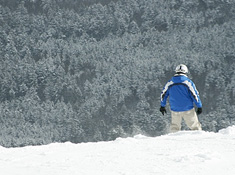 SkiSoutheast.com’s own viewers have voted it the number one ski destination in the Southeast every year since 1996. The reasons are too numerous to mention within this space; however, suffice it to say that you owe it to yourself to make Snowshoe Mountain one of YOUR destinations for the coming winter.

Snowshoe is comprised of TWO distinct mountains that are skiable with ONE lift ticket. The terrain offers challenging trails for every skill level, and Snowshoe is one of the best resorts regarding recognizing the ever-growing population of snowboarders, as they offer THREE terrain parks which are open to skiers and snowboarders.

For those that want a little diversion from all of the snow sports, Snowshoe has a lot to offer. Visit the Connection Nightclub, Comedy Cellar and a host of restaurants and shops.

With 1,400 lodging options, a mountaintop Village filled with restaurants and stores, nightlife for all ages and the region’s best terrain, there’s no better place to enjoy the great outdoors with the people you love most.

The Village of Snowshoe features high quality lodging with Rimfire Lodge, Highland House, Allegheny Springs, and the Seneca Lodge. The Big Top, a 15,000-square-foot space, offers kids and teens a great alternative from the slopes. From arcades and simulators to dance parties and dinner & a movie, the Big Top is the place to go for fun this winter. 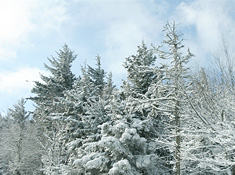 The Seneca, located in the heart of the village, will be open for its second winter season. Offering studio through three-bedroom units, The Seneca combines a great location with fantastic amenities including underground parking, fitness facility, hearth room, and private courtyard featuring an oversized thermal spa and great western views. The Seneca also features an executive Board Room and hospitality suite.

In addition to Snowshoe’s wide variety of lodging, they also offer tons of different dining options. New for the upcoming 2010-2011 season, The Junction and Auntie Pastas will feature new menus while also retaining old favorites. A new restaurant in the Village will offer sandwiches, soup, salads, and great beer. And, you’ll find a new BBQ buffet on Saturday nights at the Shavers Center!

Snowshoe offers a HUGE choice of beautiful ski rentals from inns to efficiencies to suites to beautiful cabins and more. Due to the large list of available lodging choices, we have created a separate page promoting many of their offerings.