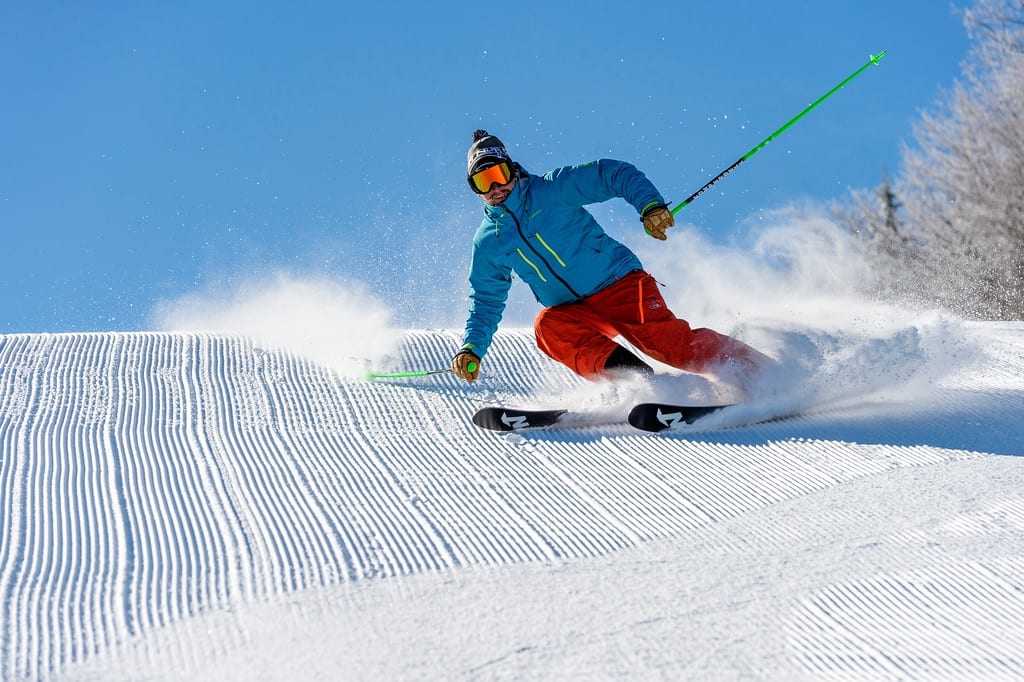 Charleston, WV – Skiers and snowboarders will start heading to the mountains of West Virginia as the first downhill area plans to open for the 2019/2020 season, this week. Snowshoe Mountain will be opening for the season Friday morning (November 22) at 9 am.

The Pocahontas County facility will be providing skiers and snowboarders with 42 acres of available terrain, that will include 11 trails, three lifts, and a terrain park.

For the other alpine areas in the state, slopes at Winterplace, Canaan Valley Resort and Oglebay will be opening in the weeks to come. For visitors at Canaan Valley State Park during the Thanksgiving holiday next week, snowtubing will be available at the ski area, Thursday – Sunday.

Recent seasonal temperatures across West Virginia have been cold enough for snowmaking operations to commence in preparation of the various opening days.

The snowmakers at all the state’s ski resorts can produce manmade snow whenever temperatures permit, allowing the industry’s unsung heroes to cover the slopes for skiers and snowboarders. When snowmaking conditions are at their best (in the low teens), over 20,000 tons of snow is being produced in West Virginia per hour, enough snow to cover 20 football fields with a foot of snow each hour.

The West Virginia Ski Areas Association has announced a new program this year, that will allow any child in the 4th or 5th grade to ski or snowboard for FREE. All of West Virginia’s ski areas, Canaan Valley, Oglebay, Snowshoe, and Winterplace are accepting the association’s Ski Free 4th and 5th Grade Passport Program.

The Passport may be used to obtain one (1) child’s first-time ski/snowboard package (beginner lift, lesson, and rental package) at a participating resort of choice and up to an additional three (3) Junior lift tickets at participating resorts during the 2019-2020 season. Resort benefits determined by each ski resort.

The ski and snowboard season traditionally, weather permitting continues from Thanksgiving through early April. The five-month-long ski season in West Virginia has an estimated economic impact of over $250 million and 5,000 jobs at the resorts and other related companies. For more information on skiing and snowboarding in West Virginia go on-line at www.goskiwv.com or www.skisoutheast.com.