Pristine Conditions at All Southeast and mid-Atlantic Ski Resorts 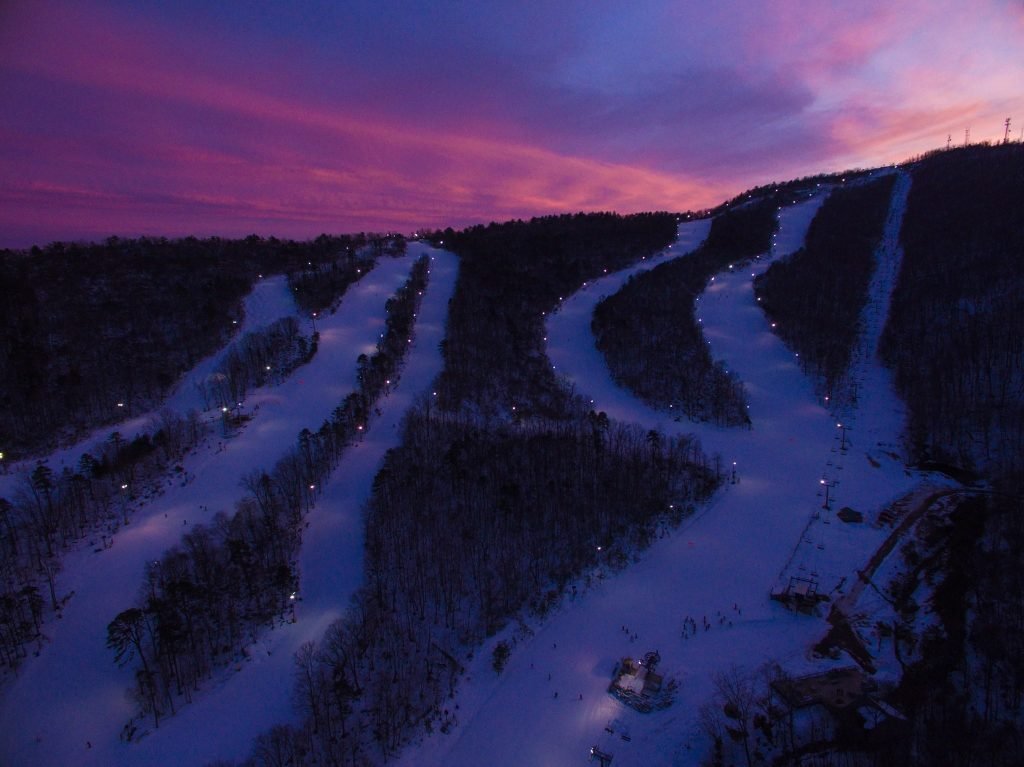 Here’s a couple of story plugs.

Joe Stevens has posted his weekly column and he’s obviously not a fan of “named winter storms”. You can check out his column “Grayson Who?”

Our David McCue paid a visit up to his beloved Davis, West Virginia area and played at Timberline Resort. Check out his latest post – “Hey Timberline, Happy to See You Again”

It might be frigid outside, but it is about 70° here inside my home. I just wrapped up checking out all of the reports from all of the ski areas in the region. I’ve read and posted David McCue’s Timberline post and Joe Stevens’ weekly column. Breakfast was served up wonderfully. I had pancakes, eggs and bacon – some creation called a “Fox Face pancake breakfast”. It was awesome. I’ve drank about a cup of my favorite decaf coffee in my trusty official National Security Agency (NSA) coffee cup. (It’s the real thing, complete with the metal melded NSA logo on it…given to me by a good friend (Emil) who works at the NSA. If that’s his real name ;-))

So now I’m ready to have a chat with you guys.

I hope you guys and gals have been enjoying the increased content that we’ve delivered this season. It’s been nice to read the different perspectives. I hope we can continue to grow our team in that regard.

As I looked around the region I noticed that it’s a bit colder at the lower elevations this morning. 10° at App and 15° at Beech. Not sure that I’ve seen an inversion where everyone was still in single digits and teens though. It is 7° here at my home in gorgeous ‘downtown’ Sleepy Hollow.

I’ve read a lot about how the weather is now supposed to be turning ‘milder’. Someone emailed me The Weather Channel graphic below which some would look at and start worrying about all the snow melting away. 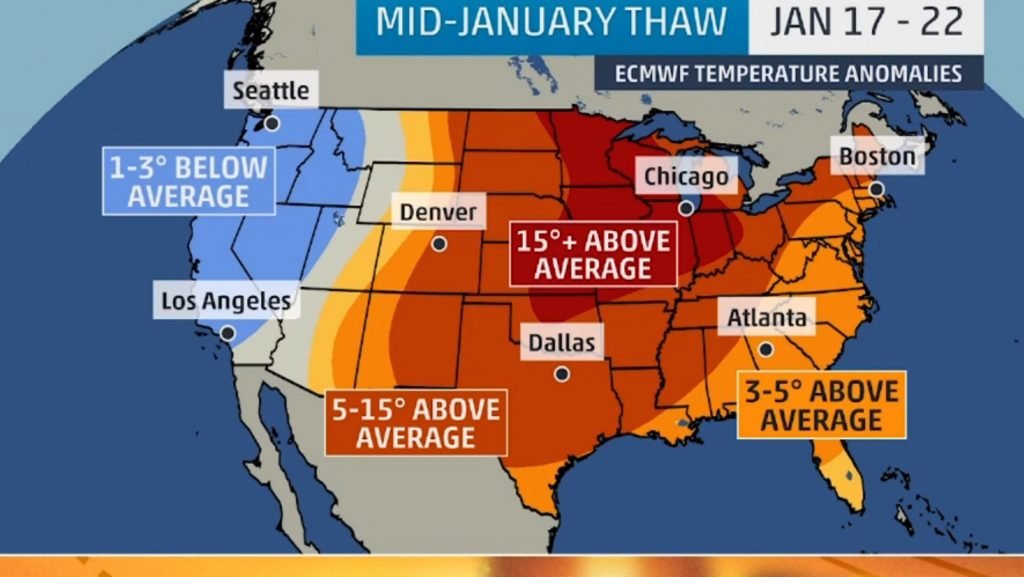 However, one look at the actual forecasted temperatures tells a somewhat different story. The data below is for Beech Mountain, so temps could be adjusted up or down a degree or two depending on the mountain.

So as Joe Stevens already shared in his column – all this snow base that we’ve built up at every ski area in the region – “AIN’T GOING ANYWHERE”.  If you have travel plans to visit any of the ski resorts in the Southeast and mid-Atlantic over the upcoming MLK Weekend, you’re in for great conditions and more slope openings that any of the last several seasons.

Speaking of slope openings, I’ve mentioned the renewed ‘vibe’ that has been on display at Wolf Ridge this season. I enjoyed their post this morning. They wrote, “Its Sunday the 7th of January and temperatures are beginning to rise. We will have 14 of our 15 runs open today with 3 lifts in full operation. We have just opened Timber Wolf slope along with Howling and our infamous double black diamond slope “The Bowl”. We will be open from 9.00am to 4.30pm so make plans now to get here early and join us on the slopes!!!”

We’re seeing a lot of these kinds of swings…but a great example is that it is nearly 25° ‘warmer’ this morning at Snowshoe than 24 hours ago. However, it is 11° currently. Figure out the math and how cold it was on Saturday morning!

Beech Mountain Resort – is now at 15 of 17 trails open as they opened White Lightning back up (upper and lower) and that leaves only “Meadows” and “The Oz Run” to get to 100%. It will be interesting to see if they opt to get Oz open before MLK.

Canaan Valley Resort – Minus 13 and in addition to boasting 38 trails open, they also have 30 KM of XC Skiing and Snowshoeing available.

Cataloochee Ski Area – is 100% open and they are only making snow OVERNIGHT and on limited terrain during daytime hours.

Ober Gatlinburg – is also 100% open and Snow made overnight, but will not make snow during operating hours.

Winterplace – is one shy of being 100% open with 26 of 27 trails. They posted, “Groomed & Packed Powder – No daytime snowmaking today. Our grooming and snowmaking team are working on Turkey Chute for opening soon.”

Previous Post
Hey Timberline, Happy to see you again
Next Post
A Fantastic Weekend…We Thaw Out This Week