GRAYSON WHO? by Joe Stevens 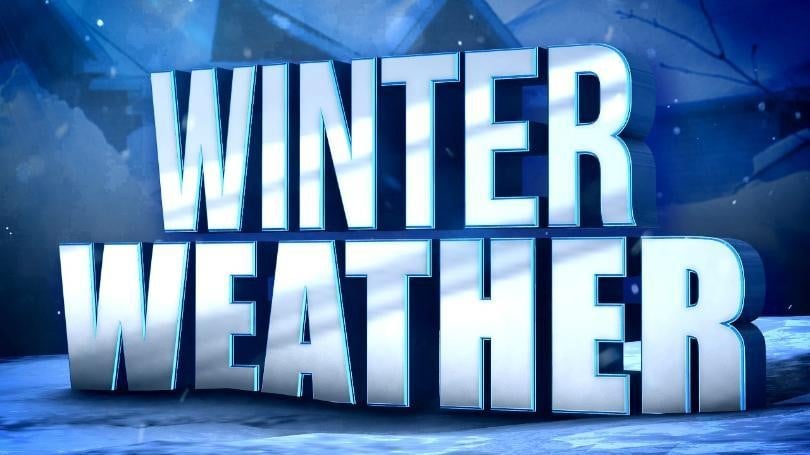 So, as you have gone outside the last week or so and I hope you have noticed that it was a bit chilly, okay, just down right cold. I get it, believe me, I get it. But let’s get a bit of a grip on things here. It’s winter in the Northern Hemisphere, which means the temperature is expected to drop, right? Just asking folks, just asking. 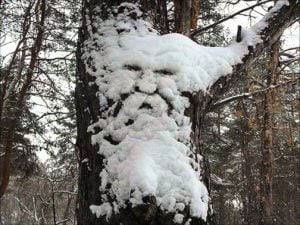 But since it is winter, and the three-word TV weather authority always wants to be able to super market their on-air product and once again gave the current cold spell/winter storm a name. A name that is not going to be found anywhere in this column (except the title), as any historical reader of this web space, knows that just mentioning a winter storm name is the same for me as someone running their finger nails across a blackboard. Not going for the hype, because if you want hype, just step outside and it will slap you in the face.

Probably by the time you read this, the recent cold spell will have passed through your area and things will be back to its somewhat normal winter self. But I am just here to say, it was cold and for anyone who would have ventured out into the sub, sub-freezing temperatures without being properly dress for the occasion,  as Jeff Foxworthy was heard to say many a time, “Here’s your sign.”

The recent cold temperatures have allowed the region’s ski resorts to basically run their snowmaking systems around the clock. Also, that continuous noise you probably have heard operating around the clock has been your heating system at your home. But that’s another subject for another column. In the meantime, I am here to say that every resort in the region has taken the opportunity, due to the cold snap, to prepare its slopes for the upcoming January and February onslaught of skiers and snowboarders. If a resort isn’t 100% by now, they are probably pretty darn close.

I really can’t remember talking about this many trails being open this time of year recently. That news for every skier, snowboarder and snowtuber out there is just flat awesome, wouldn’t you say? I have been on the slopes with my son Christian three days so far this season and each day has had it’s own signature, from a bluebird day to a day in which it snowed 8 inches and we were powder hounds. What I am saying is I basically can’t remember when the conditions were as good as they are right now in every state that has a ski resort in the southeast region.

So, while the talking weather heads are talking about a named winter storm, true skiers and snowboarders are taking advantage of the chilly but excellent winter weather to make some memorable turns. Yes, it’s been cold and in some cases very cold. In fact, when Christian and I were at Snowshoe Mountain just before 2018 kicked in, the single digit temperatures forced us to play on the slopes for 90 minutes or so before taking a break inside to warm up a bit. It didn’t take long though for someone in the condo to mention making some more turns and Christian was back at it again.

I guess that is what I am getting at this week, yes, the major network weather talking heads have been telling everyone to stay inside and not dare venture outside and have some fun in the snow. Oh heavens no, why spend hundreds of dollars on the correct winter time apparel and keep it nice and warm tucked away in a closet or something. At least some of the networks have showed how people are actually having fun in the winter in the snow. I had a reporter the other day ask me, is it too cold right now to ski or snowboard? I told them, “Do they cancel a baseball game when it’s 95 degrees,” for a moment or two there was silence on the other end of the line. You understand what I am talking about, like I always say it’s weather, we are not going to change it, so why in the world you give a storm a name, when it is supposed to happen. Again, remember it’s winter, you know cold temperatures and snow, right? Oh, yea, I forgot, it’s all about the ratings and blowing things up bigger than they really are, so that you can get as many eyeballs as possible putting up with your marketing.

By the time many of you read this, the first major winter storm will be in the rear view mirror and the conditions will be turning milder. I hear from the higher ups here at skisoutheast.com, that people are already worrying that the current conditions are going to go bye-bye. To that I say, where in the world do you think all this snow that is currently on the slopes is going to go? Seriously, I really don’t think everyone realizes just how much snow is out on the slopes right now. On top of that, as it has been mentioned in prior columns, the most important temperature is the overnight low and where that might fall. As long as those over night temps are in the 30’s and even low 40’s, the groomers will be out there on the slopes working their magic and getting things ready for everyone.

Now, I am also here to say, you can expect the Packed Powder conditions to go bye-bye so don’t be worried when you see most reports start dropping that as a primary condition. You will also see the bases drop some, not much really, because there are tons and tons of snow on the trails right now and it would take a week of OBX summer days to get rid of it, believe me. So, don’t fret and frown, we will be just fine and we will forget all about you know who.

Previous Post
A Cold and Snowy Weekend! Great Conditions at the Ski Resorts! What lies ahead?
Next Post
Hey Timberline, Happy to see you again