What a Winter We Are Having! 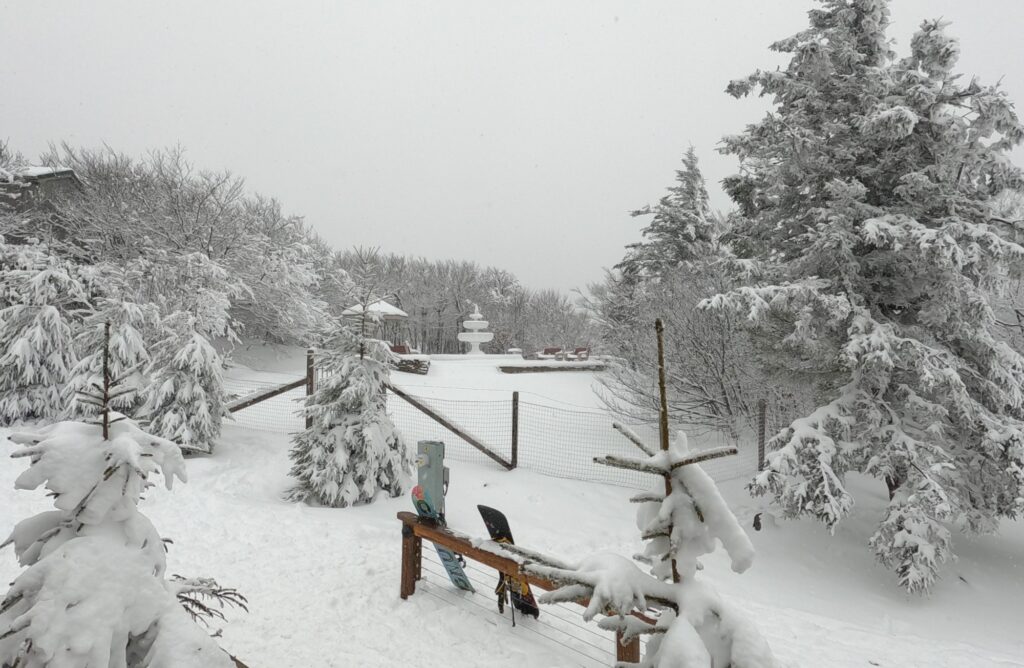 This weekend marks “week 7” of the 2020-2021 ski & snowboarding season if you count the Thanksgiving Weekend as the traditional start to the season. That means that we have roughly eleven more weeks before we get to the end of March, which is typically when most resorts stop snow ops. That means we are not yet at the half-way point, but we’re closing in on that. That said, this first portion of the season has been phenomenal.

Photo of the Day was taken by Matt Laws…

The weather pattern has been amazing, bringing lots of cold air for snowmaking and a significant amount of “white gold” or natural snow as you guys might call it.

The North Carolina ski resorts were the big winners in this last round of natural snowfall picking up: 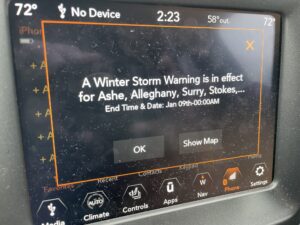 This winter storm provided some really beautiful photo-ops. Blowing Rock was gorgeous on Friday night and the sledding hill right off the Blue Ridge Parkway at Shull’s Mill Road was packed with screaming children (of all ages).

Here are some photos… 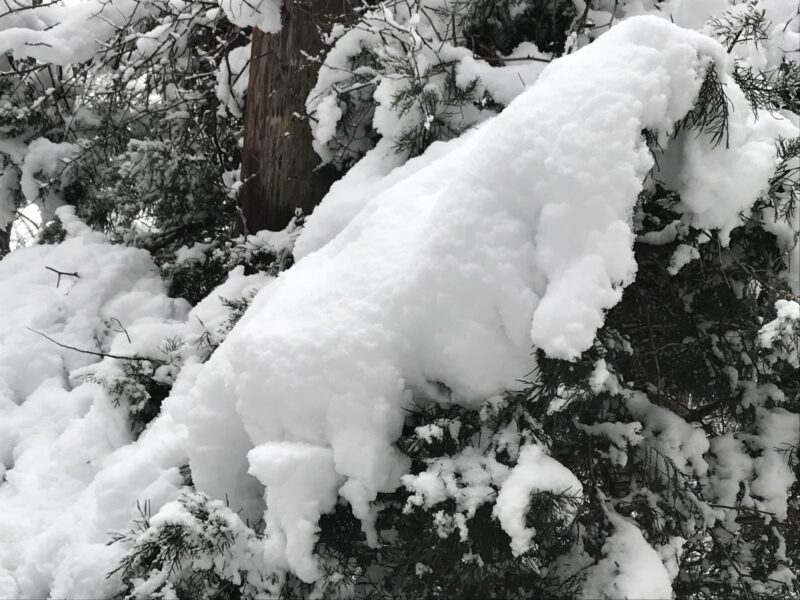 Our Kenny Griffin Was a LITTLE Excited at Beech Yesterday! Check this video out:

Snowmaking has also been in full force across the entire region and that will make for pristine conditions for this weekend’s guest – no matter which ski resort you choose to play at today and tomorrow.

Can’t Remember WHEN This Has Occurred…

There is a LOT of ski season and winter left on the calendar, however at about the 38% mark into this winter/ski season, Beech Mountain is neck and neck with Canaan Valley in terms of snowfall, and only trailing Snowshoe Mountain’s 48″ for natural snowfall on the season.

Although it has been since the 2012-2013 season since Snowshoe reached its normal 180″ of snow on a season, the 48″ thus far THIS season would put them about 20″ BELOW normal at this point on the calendar. Ditto that for Canaan Valley and Timberline Mountain.

However, regardless of the variations on natural snowfall totals, it has been a VERY VERY nice weather pattern thus far.

It might be a little bit of a broken record for some of our readers and especially for some of you who doubted me/us – but prior to the first slopes opening this season, I predicted that this could easily be a record skier-visit season for many, if not most of the resorts this season. As previously mentioned, we have about 62% of this season remaining, but if the weather holds I will stand by that prediction.

I have spoken with many of the industry insiders and I have heard from tons of our readers who all agree, “We have never seen anything quite like this season.”

Crowds are coming in huge numbers…and traffic is heavier-than-usual even during mid-weeks.

My youngest daughter celebrated her 21st birthday on Thursday and she wanted to head over to Stonewall’s in Banner Elk. Within any normal season, Tuesday-Thursday are when locals will head to the slopes or their favorite restaurant knowing we will ski uncrowded slopes and get a seat at any restaurant without a wait.

Not THIS season. We got to Stonewalls at 5:30pm and Hwy 105 was backed up with traffic from the intersection of Hwy 105 and 184 – all the way to the Barbeque restaurant! Then from nearly at the Best Western in Banner Ellk, traffic was backed up to the stoplight in Banner Elk. Stonewalls was already booked up with NO tables until 8:30pm. We had to sit in their covered patio area for dinner. Yea, it was kind of cold. Kenny Griffin and Matt Laws (our content team here at SkiSoutheast) played at Beech Mountain on Friday and they said by 11am the slopes were packed.

Sugar Mountain was already parking people out on Hwy 184…on a Friday!

SkiSoutheast is seeing the most traffic we’ve ever had. Numbers are simply off the charts. On Friday (and this morning) Kenny Griffin shared that by 6pm yesterday, ResortCams.com had seen 436,531 pageviews in that single day. We JUST MISSED a half-million pageviews in a single day yesterday with 489,419 – which is a record.

The Weather Channel, AccuWeather and other national weather and news services featured us on Friday as well as WCNC, WBT and others.

The WORDS “SOLD OUT” are becoming a common, every day occurrence.

(Record skier visits, I tell you.)

Beech Mountain Resort – a LOT of our readers have shared excitement that Beech is almost 100% open with every trail open with the lone exception of The Oz Run. We COULD see that happening soon. Upper and Lower White Lightning are open!

While We Are Talking Snowshoe

In an effort to provide the best possible experience for our guests here on the mountain, we have made the difficult decision to cancel all planned weekend events for the remainder of the season, with the exception of the Cupp Run Challenge on Monday, February 1. In order to facilitate social distancing, we believe it is important to have every possible acre of skiable terrain in the Basin available to the public on our busiest days. All registrants will be refunded in full.

We do apologize for any inconvenience this may cause, and we look forward to hosting a full slate of weekend events next season.

No SkiSoutheast Summit This Season…

We have been getting some emails from many of you who attend our SkiSoutheast Summit each winter – asking whether we will be hosting that event this season. We have made the decision not to do so. In conjunction with Snowshoe’s efforts to minimize crowd-gathering at any one spot on the mountain, we have made the difficult decision to cancel this year’s event. We certainly hope to pick it right back up next season.

We may choose a few weekends to show up with our core group to play at various resorts this season and hope you can join us.

On Friday, Kenny and Matt were at Beech Mountain and they shared a lot of great photos and videos. 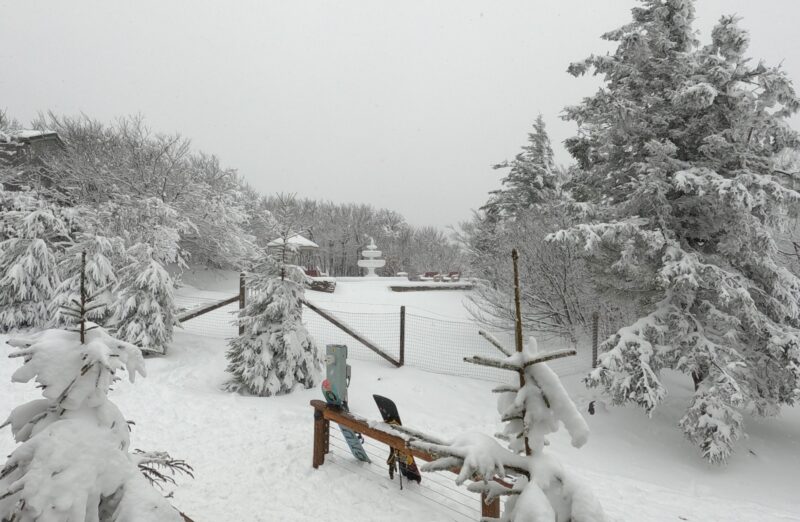 Brian Dix is enjoying a day at Wolf Ridge Resort today and we’ll look to hear from him and we have Braden Cox visiting Appalachian Ski Mountain today and look forward to sharing photos from there.

Here are some nice photos from this morning. Click any to enlarge. 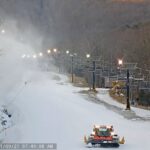 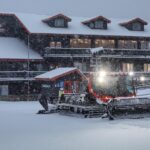 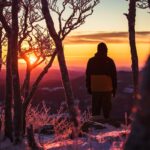 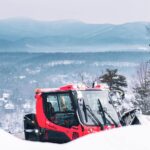 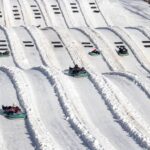