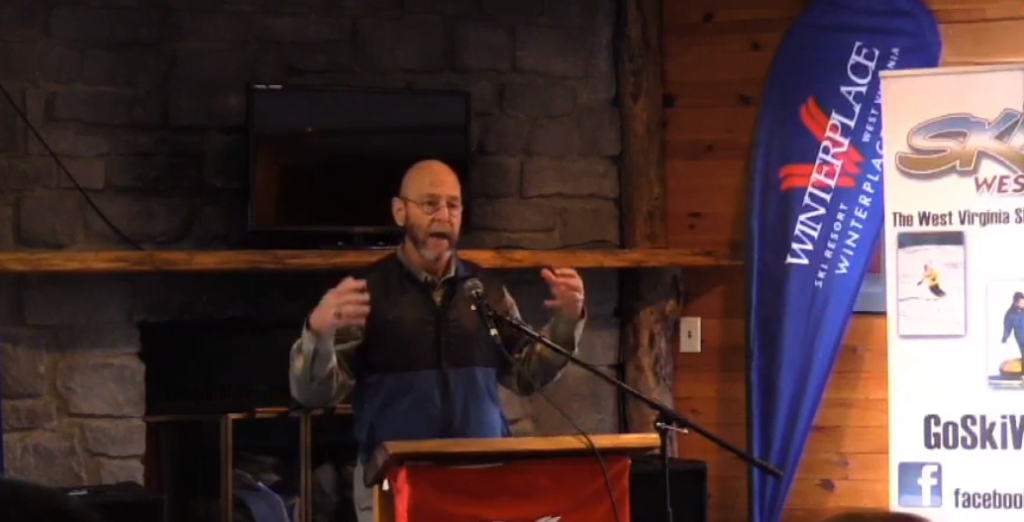 You can watch the press conference in its entirety below.

The winter sports season, which began in November, so far has progressed nicely for the resorts as thousands of skiers, snowboarders and snowtubers visited West Virginia’s slopes over the Christmas and New Year’s holiday. Cold temperatures early on allowed the resort’s snowmakers to cover the state’s slopes providing the most acreage in the region for skiing and snowboarding

New this season to attract younger skiers and snowboarders to the mountain state’s slopes, a program was implemented to get 4th and 5th-grade students involved with skiing and snowboarding. The West Virginia Passport Program allows the students to ski and snowboard on 11 occasions and take a lesson at the resort of their choice.

The cost of the program is only $25 and nearly 500 passports have been purchased, meaning over 6,000 possible skier visits could be experienced through the incentive.

Annually, the association’s four alpine resorts – Canaan Valley in Tucker County, Oglebay Resort in Ohio County, Snowshoe Mountain in Pocahontas County and Winterplace along with the association’s two Nordic areas, White Grass in Tucker County and Elk River in Pocahontas County – experience nearly a million skier visits. The economic impact from the five-month-long industry is over $250 million, employing 5,000 on and off the resort properties.

The 2019-20 season began on time this year a week before the Thanksgiving holiday, thanks to excellent snowmaking conditions in the higher elevations of the state’s mountains. West Virginia Ski Resorts have invested millions of dollars in snowmaking equipment which assures skiers and snowboarders in the region reliable conditions through the end of March into early April. The superior snowmaking infrastructure will allow all of the resorts to rebound quickly from the recent unseasonable temperatures.

To find out more about West Virginia winter sports programs, go to www.goskiwv.com and click on a resort link or resort cam.

Previous Post
Rain, Rain, Go Away – We Want Winter to Come and Play
Next Post
Ski South east Forecast for 1/14/2020: The cold is coming back and sticking around!