Rain, Rain, Go Away – We Want Winter to Come and Play 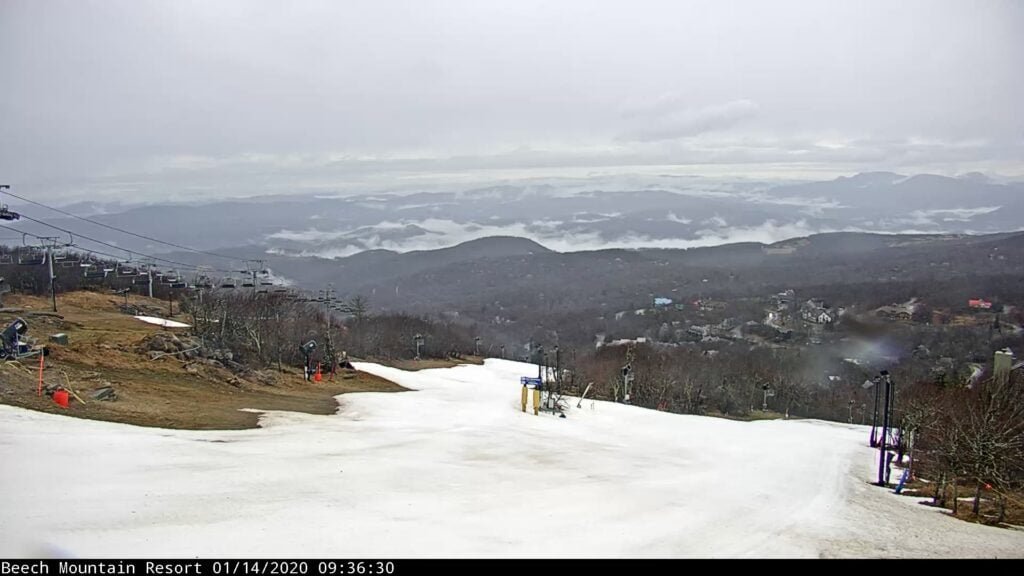 Rain, rain, go away – we want winter to come and play.

Snowmaking conditions and some natural snow are on the way, but we have to wait a few days for winter to return. For the next couple of days, we have to deal with some more underdeveloped snow and warmish temps.

Due to the forecast, App Ski Mountain has decided to suspend ski and snowboard operations for the next couple of days and are scheduled to resume normal operations on Friday, Jan. 17.

They did note that they hope to resume snowmaking operations on Thursday night.

Homestead Resort also announced yesterday that they will not resume ski and snowboard operations as scheduled tomorrow, but are now planning on reopening on Thursday, Jan. 23.

Those two join Wolf Ridge, Ober Gatlinburg, and Ski Sapphire as resorts who have temporarily suspended ski and snowboarding operations. (Ober is still open for tubing.)

However, things aren’t as dire as they may seem.

For the complete snow report, visit the Snow Reports page.

A quick snapshot at conditions this morning.

North Carolina
Beech Mountain – Playing on a 20-34” base with a loose granular surface with 10 slopes and five lifts operating.

Cataloochee – They are maintaining a 26-48” base with a groomed surface. They have seven slopes and five lifts going today.

Sugar Mountain – A 18-40” base with a loose and frozen granular surface. They are playing on eight slopes serviced by four lifts.

West Virginia
Canaan Valley – A frozen granular surface with a 15-30” base. Skiing and riding on 14 slopes with two lifts operating.

Snowshoe Mountain – A 42” base with groomed variable conditions. They are playing on 163 acres with 41 trails and 11 lifts operating.

Winterplace – Playing on a variable surface with a 12-30” base. They have six slopes and four lifts operating.
Virginia

Virginia
Bryce – A wet packed surface with a 30” base. They are riding on six slopes.

Massanutten – An 18” base with a groomed surface. They have four slopes open serviced by five lifts. As a note, they are only open for day sessions today.

Wintergreen – Playing on four slopes with two lifts operating. They have a 14” base with a groomed surface.

Maryland
Wisp – Currently have nine slopes operating with five lifts serviced. They have a loose granular service with a 17” base.

If you are dodging raindrops today or tomorrow (it isn’t forecasted to be a complete washout so there will be some dry windows), be sure to be on the lookout for changing conditions as there could be some thin areas – especially in the southern part of the region.

There is still plenty of snow to play on across the region, and we know how quick the snowmaking can make a difference as soon as they can get everything cranked back up again. The forecast certainly looks promising.

Mike and Kenny are on the way this morning for the broadcast so be sure to keep an eye on social media as well as here on Ski Southeast for updates.

Speaking of Facebook, have you entered to win a ski getaway to Canaan Valley?

Check out the details below.

That will be it for today. Until later, #ThinkSnow and #ThinkCold!