Well You Asked For It, Now Go 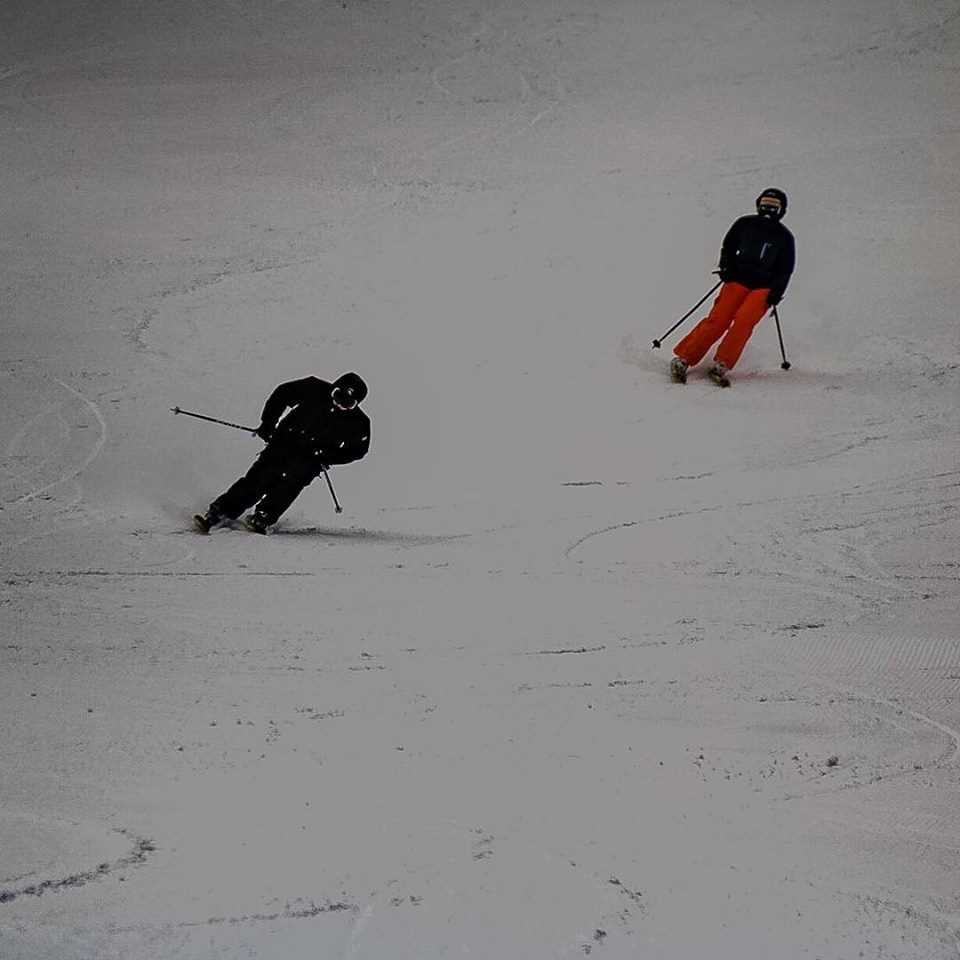 I don’t want to hear anymore complaining, it’s not official yet, according to the calendar, but winter has arrived in the southeast region.  That sound you have heard roaring down from the mountain tops is the sound of snowguns operating 24/7 as every resort is working around the clock to cover as many slopes and trails as possible.  What this all means is that it is time to dust off your ski or snowboard, if you have not done so already.

It’s been about eight months since most of you have been on the slopes, so don’t worry about the amount of terrain that’s available, just be happy there is as much open as there is right now.  Your body is going to tell you that you are making your first turns of the season and going full-out to start off might not be the best thing to do.  But then, you will be on snow and that’s the main thing that needs to happen.

Before I go on, I am going to take this opportunity to make sure that any complaining about why this trail is open and why didn’t they make snow on this other trail, will not be allowed.  You see right around the corner is one of the most important times of the year for every resort in the southeast region and that’s the Christmas holiday period.  That time period is basically the week before, the week of and the week after Christmas.  Every resort wants to provide as much open terrain as possible for every skier and snowboarder visiting their resort.  This all means, that for the most part, you are going to see the easier terrain open first and then move on from there.  Why you ask, well you might think you are an Olympic skier or snowboarder, but in reality, most skiers in this region are intermediate at best and having terrain open that makes the majority happy is the smartest move by mountain operators.  Now there are some exceptions, but for the most part, it’s about spreading everyone out around the mountain. 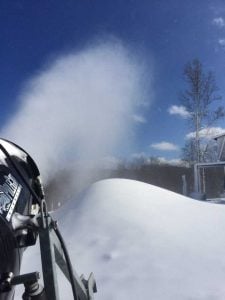 Taking a look at the weather forecast in the near future around these parts means snowmaking and more snowmaking. So, if you haven’t already packed your goggles, go ahead and do so, because you are going to need them while you are out on the hill.  There will probably be day shots on open terrain, which is something more resort operators try to avoid, but knowing the operators like I do, not only are they looking at the holiday season, but they are also looking at that eventual January thaw that will be coming if we like it or not.  Please don’t be one of those who head straight to the customer service desk and complain about the daytime snowmaking.  At the end of the day, snowmaking is the bread and butter of the snow sports industry in the southeast, so just grin and bear it.  Not trying to be smart here folks, I am just telling it like it is and is going to be.

Now on the positive side for this time of the season, but only for a few more days.  Before the holiday season gets here and that date changes with every resort, so please check before you say, but Joe said the lift ticket was going to be cheaper.  You see what I am getting at here is that with the limited amount of terrain open right now, for the most part lift tickets are cheaper than during high season.  Looking around the region, that means that you can get some excellent early season turns in, without paying the full cost of a lift ticket that you will be paying later on in the season.  I suggest checking out those early season prices on the websites of your favorite resorts in the area.

I hope you have been checking out the various links to webcams that you can find right here at skisoutheast.com.  I hope you have been seeing the amount of snow that is being made and in fact has been made since the temperatures started to drop below freezing. It’s a beautiful site seeing the slopes and trails get covered over a very short period of time.  Those millions upon millions of dollars spent by all of the resorts, year in, year out, always pay off during this type of weather period.  I truly don’t think enough of you out there appreciate the cost in making sure that the quality of skiing and snowboarding is what it is in this region.  Not only the cost of the snowguns that you see, but the cost of the electricity that it takes to push the water through the hoses that connect to the snowguns.  I heard the other day, that one resort in the region has seen a nearly 100 percent increase for the cost of electricity over the last three seasons.  I know I wouldn’t want that size of a bill be delivered to my mailbox. I would have a heart attack, because, believe it or not, that bill has seven numbers to the left of the decimal point.

So, circling back around to the point of this week’s column, there is now a whole bunch of snow out there on the slopes and trails of just about every resort in the southeast region.  It is the time of the season that will allow you to get those first turns of the season in without going elbow to elbow with other skiers and snowboarders and the lift lines won’t send you over the edge.  It’s the time of the year that you can have some fun, now go.

Previous Post
Loving This Weather…Snow for the 3rd Day in a Row!
Next Post
What a Weekend It Was!