What a Weekend It Was! 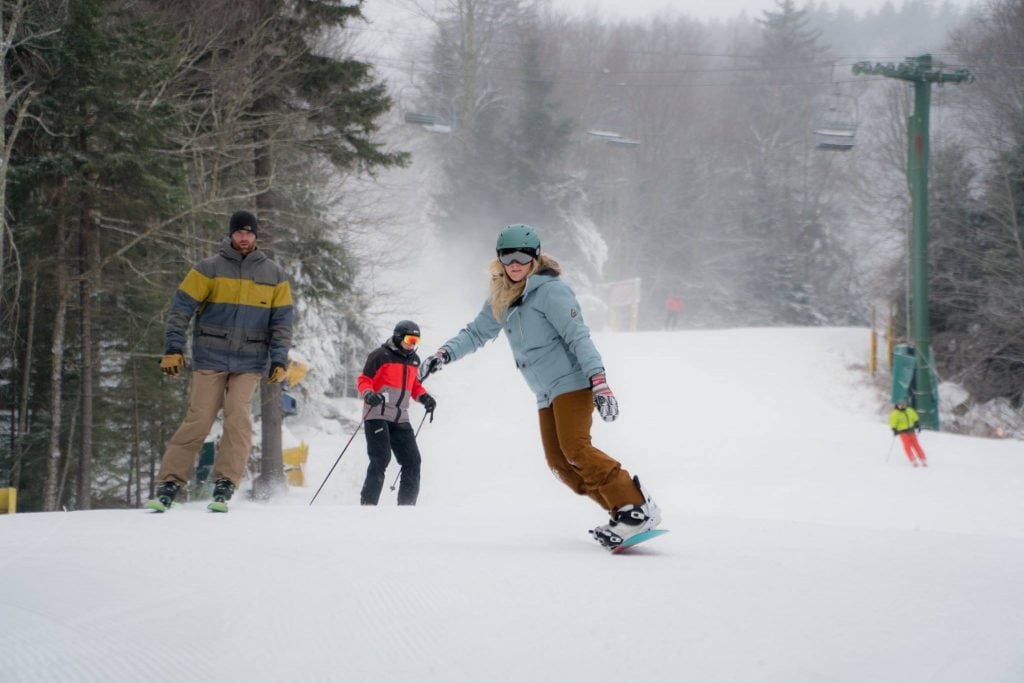 Wow, what a weekend!  As slow of a start to the season as it has been, Friday began a whirlwind 48 hours for snow lovers across the Southeast.  To be honest, the entire second half of last week came in fast and furious as the natural snow began flying and the snow guns cranked up.  We’ll have more of the same this week, though not quite as much natural snow, as the cold temps remain and snowmaking continues.  By the weekend we’ll have the majority of ski areas open!

I truly hope you were able to get out and ski or snowboard this weekend as it turned out to be an above average one, especially by early December standards.  The North Carolina ski areas all got walloped by double digit snowfall on Friday.  The forecasts for snow were definitely underdone but I was not complaining and I can’t imagine many others were either.  It was tough to sit here on Friday and look at the cams all day.  After having to endure that, I packed up and started driving to the mountains after work.  I had decided to go play in the snow.

All week long I had been planning on doing my usual day trip thing on Saturday, but the snow had me so amped that I went up early and decided to go ride at Sugar Mountain for a Friday night session.  That turned out to be a great call.  I didn’t go to Sugar at all last season and I forgot how nice that high speed 6-pack chair is.  Between that, heavy snow continuing to fall, and the great snow conditions, I was in a very good mood.

Every person I rode with on the lift commented on how good the snow was and how surprised they were of that fact.  It was a little sticky in spots, but otherwise the coverage was fantastic and the crowds were minimal.  It was great.  Hard to believe that just a few days earlier they were closed and there was hardly any snow on the ground.

A pano from Lower Flying Mile.

I only rode for a few hours.  It’s still early season and I wanted to save my legs for Beech on Saturday.  As much as I’ve been working out all offseason, you still can’t replicate the workout that is snowboarding.

Beech did not disappoint on Saturday morning.  They were not open on Friday, so all of the snow that fell didn’t get tracked out.  Funny story…I made it up the Beech Mountain Parkway with ease but the road from town hall down to the resort parking lot was in much worse shape.  My wife would have been mad at me if I got stuck (we had evening plans) so I decided to park at the pizza shop and then I hiked several hundred feet up to the top of the quad.  Yup, I hiked it.  The excitement of the snow made for great motivation, so the hike was a breeze. 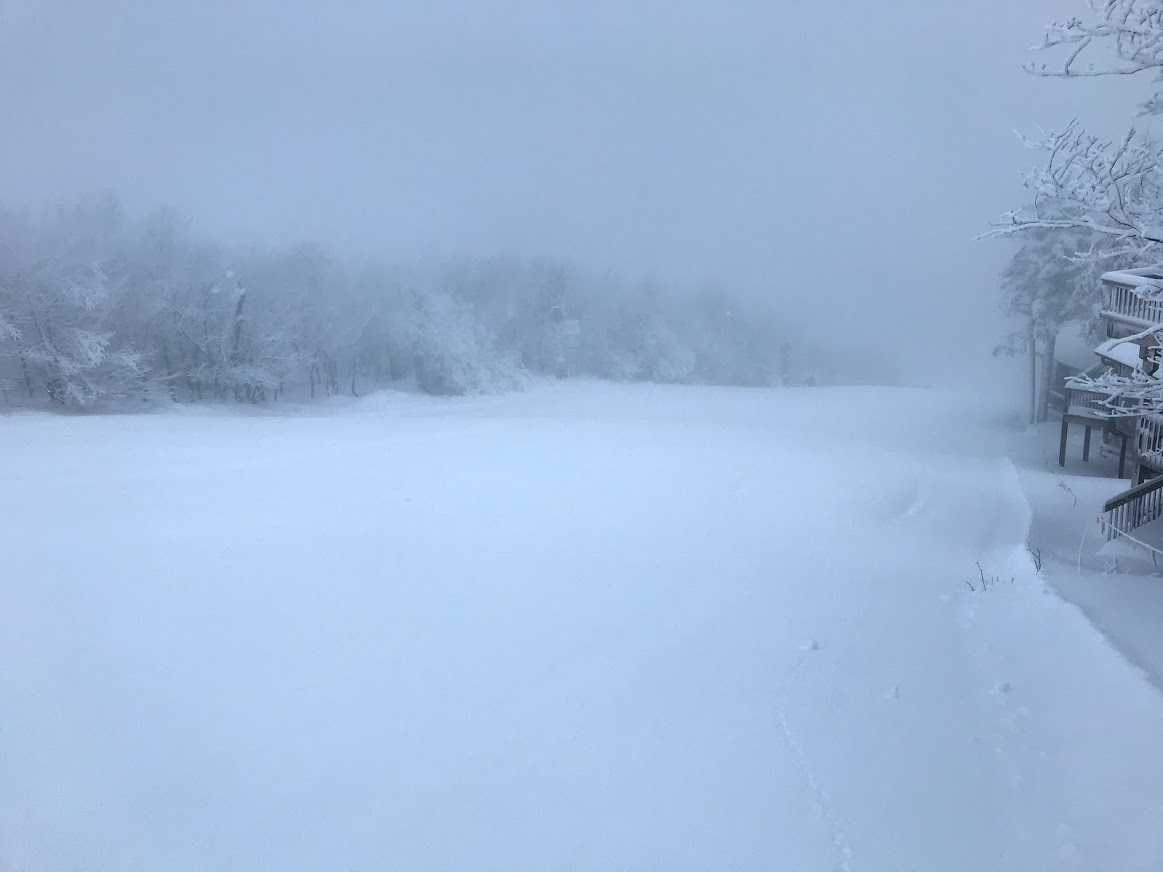 A view of Upper Shawneehaw before anybody went down.

My reward for that hike?  I was literally the first person down the mountain.  First tracks!  The snow was good.  Sure, they groomed the open slopes but the sides of the runs were money.  There were many areas with shin deep powder and you can bet I took full advantage of it.

Crowds were non-existent for the first hour so I was able to hot lap for a while.  I then ran into Skipink and Bulltaco and rode with them for a bit.  They were in just as good a mood as I was.  I also met a guy on the chairlift who said he knew who I was and reads the site every day.  It’s always cool to hear that from somebody you meet!  He also used to run a Facebook weather page that I read everyday in the winter.  What a small world!

It was a great day on snow and seriously hard to believe how bad things were just a handful of days before.  I sat here all last week and told all of you how conditions were going to do a 180, but it’s still always a little bit of a shock when you see it in person.  Here’s a few more photos from my morning out there. 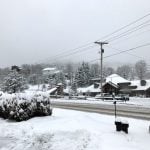 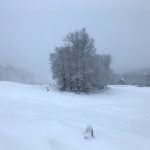 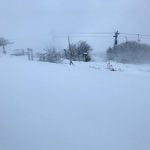 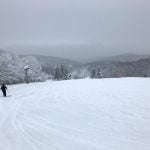 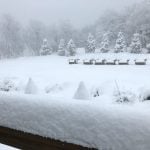 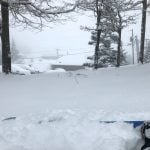 Mike was also out and about at App Ski Mountain on Saturday.  He went over that yesterday in his morning report.  He posted a cool aerial video yesterday afternoon.  Check it out!

App looks to be in midseason form!

Cataloochee, Snowshoe, Ober Gatlinbug, and Wolf Ridge were also open.  Based on the webcams and some pictures I’ve seen on social media, all four of those resorts look like they also enjoyed a fantastic weekend.

Those same seven resorts are open once again today.  A couple tidbits about them that I wanted to highlight…

We continue to have seven open resorts today and that will continue until this weekend when we see our next round of ski areas opening.  Canaan Valley, Timberline, Winterplace, Massanutten, and probably Bryce all open on Friday.  Wisp Resort and Sapphire Valley will follow suit on Saturday.  That means we’ll have 16 of 18 open ski areas by the weekend (if you count Liberty Snowflex).

All of the above resorts that are aiming for a weekend opening have been making snow like crazy.  Our Facebook timeline has many, many pictures and videos that show this.

Temperatures today will soar into the 30’s and 40’s (sarcasm).  It will be a nice day to get some turns in as the snow guns should be turned off and there is plenty of sunshine.

Cold air returns tomorrow though and we’ll see a few chances for some Northwest flow snow this week.  Conditions are already looking very good right now and I am very excited to see how good they look by the weekend with another several days of snowmaking.  Exciting times!

As always, we’ll keep you updated all week and I’m sure Brad Panovich will have a video forecast or two.  So stay tuned and keep checking back!