Loving This Weather…Snow for the 3rd Day in a Row! 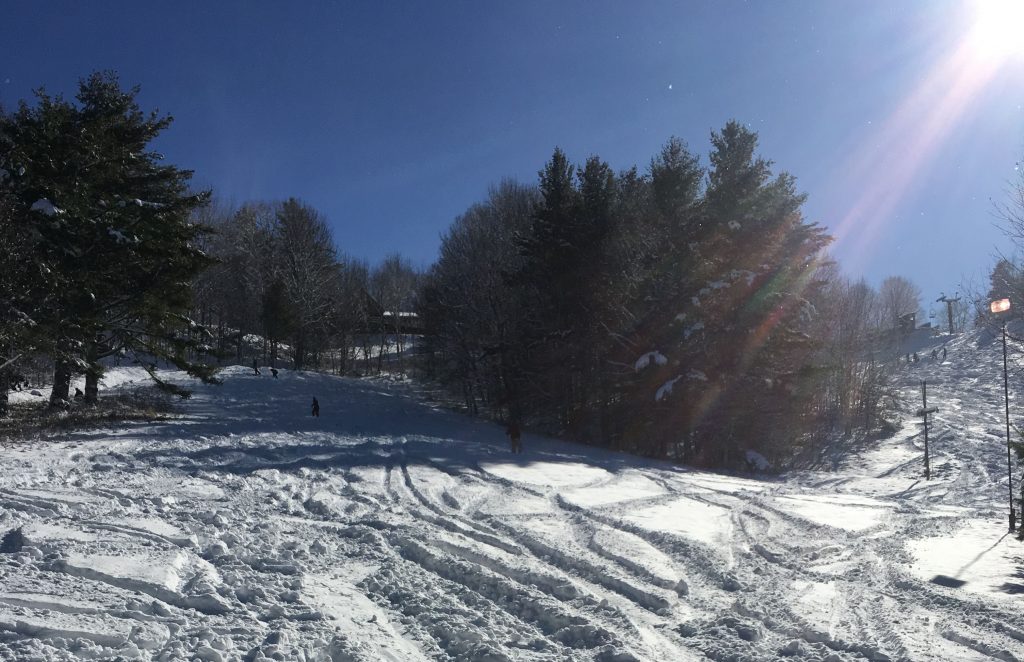 Nothing excites the masses here at SkiSoutheast-land like snow! Friday’s snowstorm carried into Saturday with some residual snowfall and snow is even swirling around lightly this Sunday morning. Seems that Wolf Ridge Resort over towards Asheville got the most accummulation from this snow event as 14″ fell from the two-day storm. With that in mind, we’ll start our Sunday morning virtual travels at Wolf this morning. One of our readers, Joe Berry, provided our photo of the day AND the following trip report and photos. (If you’re reading this and want to be featured as an On-Snow Reporter, send yours to [email protected])

A WOLF TRIP REPORT BEGINS OUR DAY – Posted as sent…almost 😉

What’s up y’all Joe Berry back again! Hit up Wolf Ridge for opening day and let me tell you outstanding conditions! Rode up the lift about 12 o clock after retrieving my season pass and got to the top and was pleasantly surprised that the entire top left side of the mountain was open. The bowl, flame out, southern express and way out were all open with 13 inches or more of fresh powder to enjoy and no snow guns! I didn’t even touch the other main run down the mountain the entire day because the snow guns were ridiculous… man let me tell you it was an entire mountain of backcountry! Orville and his peeps had some spots with mounds of snow 5+ foot tall! It’s going to be a good season at the wolf! I talked to Kenny and he needs to get up and come ride the white dragon! They were also making snow on powder hill and Dixie. A facelift for the resort like yall mentioned would be good and bad in my opinion. Wolf is deff one of the least crowded places to go and whenever we do get a big snow Orville does not groom the freshies. But the business and upgrades would be great!

On Saturday I mentioned that Kenny Griffin and David McCue (part of our writing team) were to be at Sugar and Beech this weekend. By all accounts Kenny had a blast and I’m certain he will talk about that on Monday’s FirsTrax. David McCue and sons will be playing at Beech today and I’m sure we’ll see more great photos from snowy Beech Mountain. 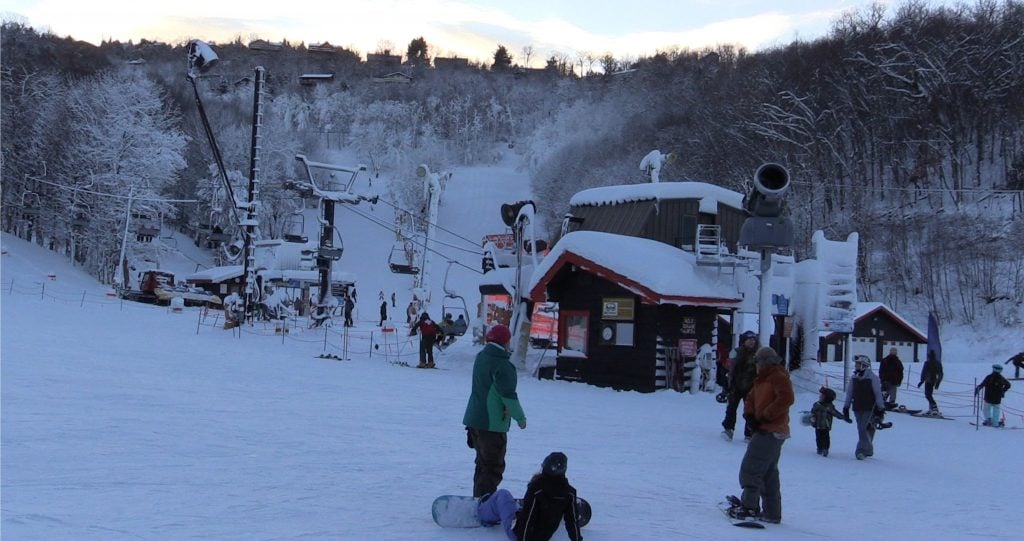 A Great Day to be at Appalachian Ski Mountain

I was at Appalachian Ski Mountain for an awesome day of fun. One of our adopted family members “Kelci” was being introduced to App for her first day on the snow…ever. To celebrate that and make it a “learning day”, my daughters Carrigan and Madison decided to hit the slopes on snowboards for the day. They are both especially talented skiers so the snowboard day was a challenging one for them. We also got my grandson, J.R. on the slopes and this was also his first real day on trails as well. He’s five years old and to say he was excited would be a gross understatement.

He and I hit the bunny slopes a few times and he was skiing top-to-bottom literally all day long. His mom was a real trooper taking him back up and down an “un-countable” number of times. He’s hooked for sure. (Lauren – also one of my daughters – had learned how to ski at App as well, so this was a second generation of introducing skiing to members of my family …and Appalachian Ski Mountain.)

So it isn’t January (Introduce a Friend to Skiing or Snowboarding Month) yet and on my first day on the snow for this season we were able to introduce two new people to Appalachian and even get two experienced skiers to try snowboarding. Kind of cool, right?

THANKS TO BRAD MORETZ AND THE APP FAMILY…

Saturday was the first open day of the season for Appalachian and yet Brad was gracious enough to entertain myself and our family on Saturday. App has built it’s reputation as a true “family ski area” and it was awesome to spend a family day with my family and the App family.

I was also able to listen in on App’s Jim Cottrell, President of their French Swiss Ski College as he was putting some of App’s Ski Patrol through the paces. Jim’s been teaching skiing on the slopes of Appalachian since 1969.

Needless to say it was an awesome day on the slopes. I made a few runs down the mountain and took some time to video and even fly the drone. (I’ll share some of those clips later…)

A QUICK TOUR OF THE OPEN RESORTS AND SOME OTHER NOTABLES

Snowshoe Mtn – 13 of 60 slopes open and they saw 2″ of new snow in the last 24 hours. They upped their slope count to 13 and have sweetly groomed conditions and terrain parks open for day sessions for your Sunday enjoyment. (That 53 acres!)

Cataloochee Ski – 12 of 18 trails open and they saw another 1″ of new snow to put the storm total to 10″. Most importantly, they bombed some unopen terrain and rocket to 12 slopes and trails open for Sunday day sessions only. They posted, “We are currently making snow on the Turkey Trots and Short n’ Sweet and we plan to open them tomorrow.”

Sugar Mountain – 11° – Didn’t report it but they picked up about 1″ of new snow and 11″ from the 2-day storm. Sugar added another trail to go to 9 slopes for day and night sessions.

Appalachian – 17° – 7 trails open for day and night sessions. App isn’t reporting any new snow, but the official CoCoRaHS reporter from there is reporting 2.0″ on top of 8″ the day before.

Wolf Ridge – 13.8° – The storm really walloped Wolf this time around and after another full day of snow, the storm total tallied 14″. Wolf plays on 7 slopes for day sessions only on Sunday.

Ober Gatlinburg – 17° – They reported another TRACE of snow (really missed out on the significant snow that dumped 10″ on Cat, just an hour south and east of them). They are open with 3 trails, the best ice skating rink in the region, snow tubing and mountain coaster.

Massanutten Resort – picked up their first really significant snow of the season with a CoCoRaHS reported up their reporting 3.4″. They are making snow as well to open either December 15th-21st.

Omni Homestead – 20° – They saw 3″ of new snow and they are making snow like crazy to open soon.

Canaan Valley – picked up an inch or so of snow and they continue to make snow to open December 15th.

Winterplace – reported 1″ of new snow and they are making snow and posted, “Our snowmakers started making snow Thursday night, 12/7 and will keep making snow as temperatures permit! We are anticipating opening on Friday, December 15, 2017 or earlier based on the weather.”

Email me anything, anytime at [email protected]skisoutheast.com