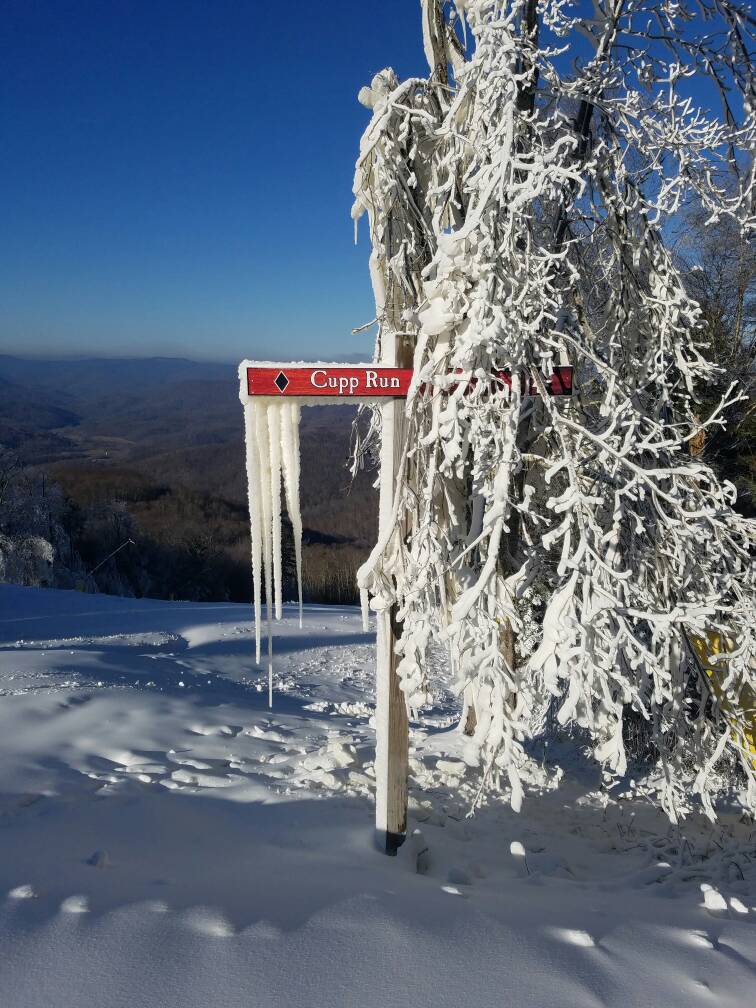 The second week of the 2016/2017 ski season is here.  Hard to believe it’s already been an entire week since Mike and I were out at Cataloochee for opening day.  I hope everyone had a great Thanksgiving and hopefully some of you were able to get on the snow and make some turns at one of the 5 open ski areas in the region.  I am envious of anyone who did as I’ve been in Southern California since Tuesday and I’m ready to get back home so I can get day number 2 on snow under my belt.  I am itching to ride and I’ve found myself staring at the mountains out here, picking out imaginary lines that would be fun to ride if only they were covered in snow.

I’ve been keeping up with things since I’ve been out here (as I always do when I’m on vacation) and from what I gather, it looks like we’ve already had our first roller coaster ride in terms of the weather.  It got a little warm last week but we have seen some snowmaking over the past few days which helped conditions out over the weekend.  To be quite honest, I did not expect snow conditions to be as good as they are right now.  They have held up fairly well.  The cams all look decent considering the weather and I’ve seen some pictures on social media that really surprised me. 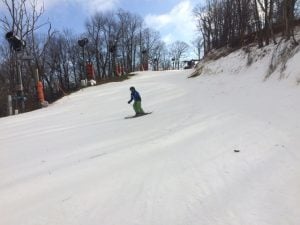 The coverage at App looked good on Saturday!

Messageboard member skipink posted some photos of her trip to Appalachian Ski Mountain on Saturday and it looked quite nice out there for the early season.  As she said, “Conditions were good and the crowds were nonexistent. It was a perfect day to get your snow legs back.”  That pretty much sums up November skiing and riding.  I know it takes me at least a day of riding to really get comfortable on my board again.  You can view her trip report by CLICKING HERE.

Normally, a weather forecast that includes inches of rain would completely bum all of us snow lovers out.  I don’t think anybody is going to be complaining this week though as much of the region is in a drought and we need it.  I posted a photo on the Ski Southeast Instagram account last week of a surreal photo from App where you could see a wildfire in the distance.  How odd that must have been to see that in person.

So yeah, it’s going to rain a decent amount over the next few days but it’s not a bad thing.  Anywhere from 1-3 inches looks like a good bet with possibly more than that for areas in the High Country of North Carolina.   The webcams are already showing grey skies at the resorts this morning.  We shall see how well the snow holds up but the good news is that…

A)  All of this rain will help fill the snowmaking ponds.  I’ve got to imagine that some of the open resorts are a little on the low side in terms of available water due to a combo of the drought and snowmaking thus far.

B)  It’s going to get colder again after the rain and snowmaking should resume Thursday night.   We should then see several nights in a row of snowmaking which will freshen conditions up for the weekend.

We’ll be into December by the end of the week and with the colder temps I’ve got to imagine we’ll see more resorts start to make snow whenever they can.  If you look at the SNOW REPORT page you’ll see that many of the ski areas are targeting mid-December as their opening date.  Let’s all cross our fingers and hope the colder temps that arrive later this week stick around for a while.

I generally don’t go resort by resort here in the First Trax report, but since there’s only a handful of ski areas open right now let’s take a look at each one…

App is rockin’ 7 trails today on a 7-18″ base.  They have 6 park features set up as well and are open for night skiing until 10pm.  They didn’t make snow overnight but did so on Saturday night and we all know how beastly their snowmaking is, so conditions out there today should be good.  If you don’t feel like making any turns, they also have ice skating open today.

Beech is open to the top of the mountain on a 6-22″ base.  They did a great job of utilizing social media over the weekend and it looked like a fun few days out there.

They too have some park features out in their new “The Park” area.  I can’t wait to test that out this weekend.  My friends and I have been wishing for years that they would put the park over there for multiple reasons, so it’s exciting to see it finally happen.  Beech is open for day sessions only today, so no night skiing.

Cat begins their 8th day of the season with a 10-16″ base on 6 slopes.  They are open to the 3/4 station which makes for a fun run.  They were open for night skiing over the weekend but will be doing day sessions only for now during the week. 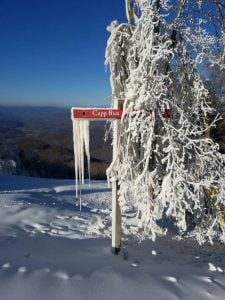 The Shoe has the most trails open of anybody right now with 9 and 3 lifts running today.  From their report…

Spruce is now open! We’ve added 10 more acres of intermediate terrain to the Basin for today. Our snowmakers will look to fire the guns back up in a few days and continue expanding terrain in time for the weekend.

Based on their wording there, I THINK they made snow overnight.  I’m not positive though but I do for sure know that they have been making snow on The Western Territory, so maybe they can get it open this weekend?  Let’s hope!

And finally, Sugar is open to the top of the mountain with an 8-24″ base with 6 open trails and 3 lifts.  They are the only other resort other than App to be offering night skiing and riding today.  On a random note, I think Sugar upgraded their base cam!  Some of us were literally just talking about the problems with it on the messageboard and low and behold not two days later they have a new and improved one.  I still wish they would go with us though! 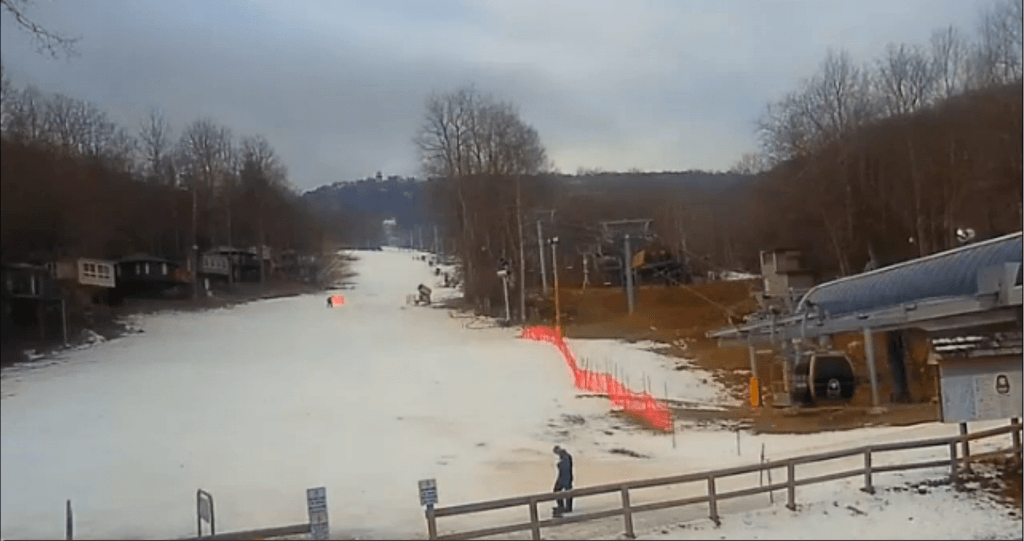 Joe Stevens is Back

One last thing, Joe Stevens is back again for his 12th season with us here at Ski Southeast.  His weekly columns is always entertaining and a good read.  As has been the case for the past few years, his first article of the season is about the upcoming winter and what we can expect in terms of the weather.  He asked several prominent meteorologists what their outlook was.   You can read it by clicking below…

That is all for today.  Mike is back with you all tomorrow as I’ll be flying back from California.  Can’t wait to get home!

Previous Post
WEATHER’S CRYSTAL BALL
Next Post
Cataloochee Ski Area to be CLOSED Tuesday, Wednesday and Thursday Due to Rain