Washout at the Beech

Hello skiers and riders of the Southeast, and Happy Winter Solstice!

It is hard to not acknowledge the recent stretch of warm weather, but please keep your heads up as we get back into the swing of colder temps.  Hopefully you were able to still make some turns nonetheless, and perhaps you timed it well on a pleasant bluebird day that came with light layers, a smile on your faces, and dryness throughout.

A fair number of recent days have been like that, so the odds were good that you enjoyed it, albeit with limited terrain open.

However, what if you did not get so lucky, and instead came up with a bad draw?  I did last time, and I am here to report back on what that experience was like.

Needless to say, mother nature can disorient some of the positives with enough persistence (aka underdeveloped snow) to the point where all your layers fail to protect, and you end up being soaked all the way through.  On a scale from 1 to Oh-Yeah! these moments generally are not ideal whatsoever.

Please note that the title of this article is not intended to create a negative tone for one of our resorts, because that is not the case whatsoever.  The descriptions below could have occurred at any ski area at any time, and Beech Mountain Resort just happened to be the place I chose to go to that day.

In all honesty they did a terrific job as best as they could given the cards everyone was dealt. 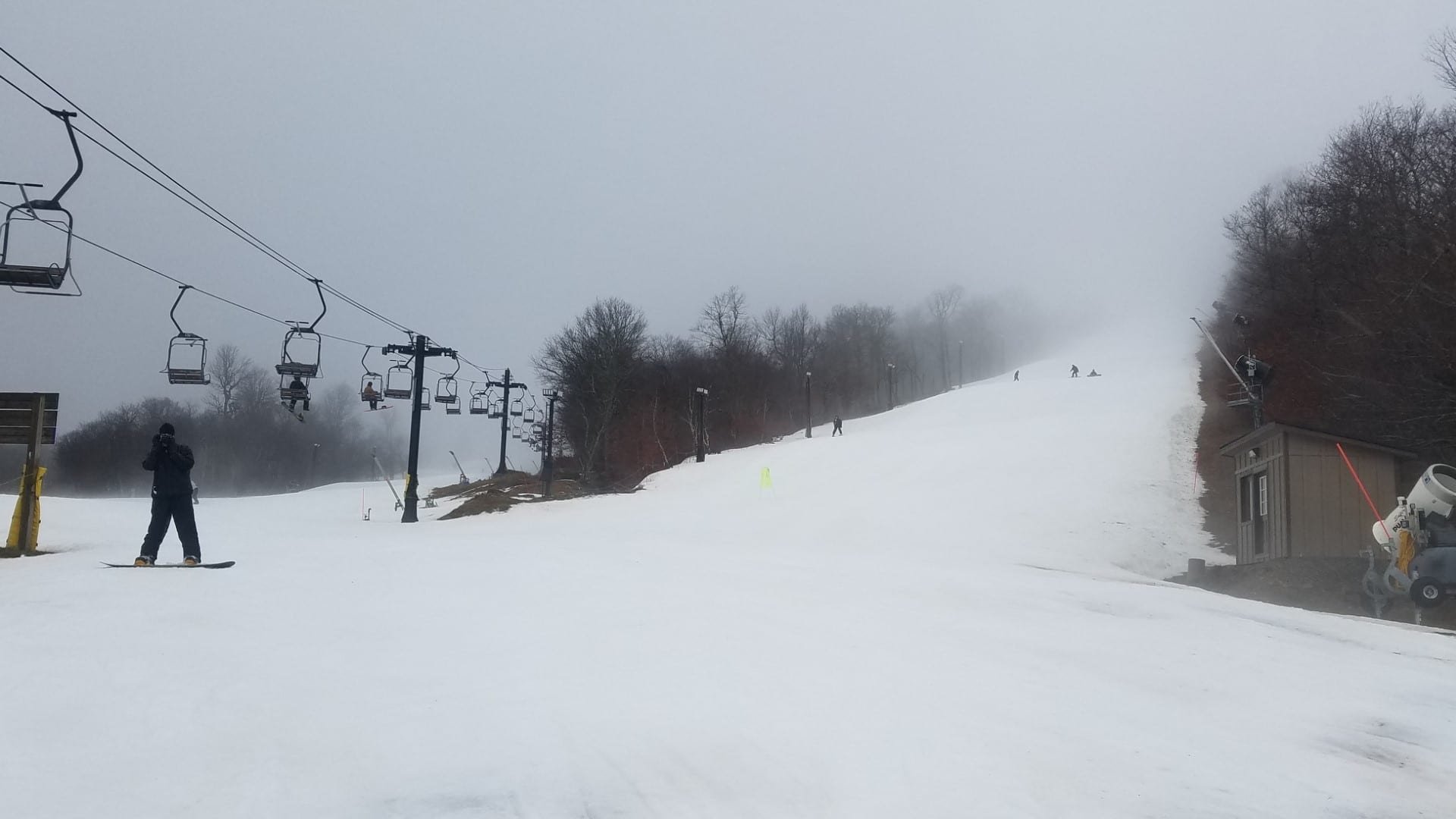 In fact, Beech Mountain Resort was able to sustain enough slope coverage despite the snow guns being paused frequently due to those pesky warm temperatures.  Most of the steeper pitches had a limited number of bare spots, sharp rocks, or icy patches.  The only places with visible exposures were where trails merged and highly congested areas on the runs.

A simple groom job overnight should alleviate that though.

Last weekend they had the #5 lift spinning with top-to-bottom runs starting in either Upper Shawneehaw or Upper Robbins Run that merged with Crossover and Freestyle at the bottom half.  Lifts #1, #3, and the Play Yard were also open for beginners wanting to learn a new and exciting sport.

The snow itself was gliding without any tugs or snags as there was no spring like corn, chunky clusters of wetness and mud, or an over-watered snow-cone feeling either.  I give credit where it is due, and the Dakine High Performance Indy Hot Wax that I received as a Christmas gift last year (hint, hint) did very well.  It smells really sweet when applied with a hot iron and it carries a nice aroma the next day while riding up in the car. Simply put, all aspects within the ski area’s control were taken care of.  Mother nature on the other hand felt like throwing some wrenches into the gears and even more extra moisture for added hardship.  It all depended on where you were on the mountain plus how windy and wet it got.

The perplexing thing about this setup is that anyone below the cloud base faced some rain at times, but nowhere near as much as those who ventured into the specter.  This was more evident after 1 PM or so when the bottom half of Beech had clear visibility and no rain while the upper half was an abyss of low visibility and high saturation. 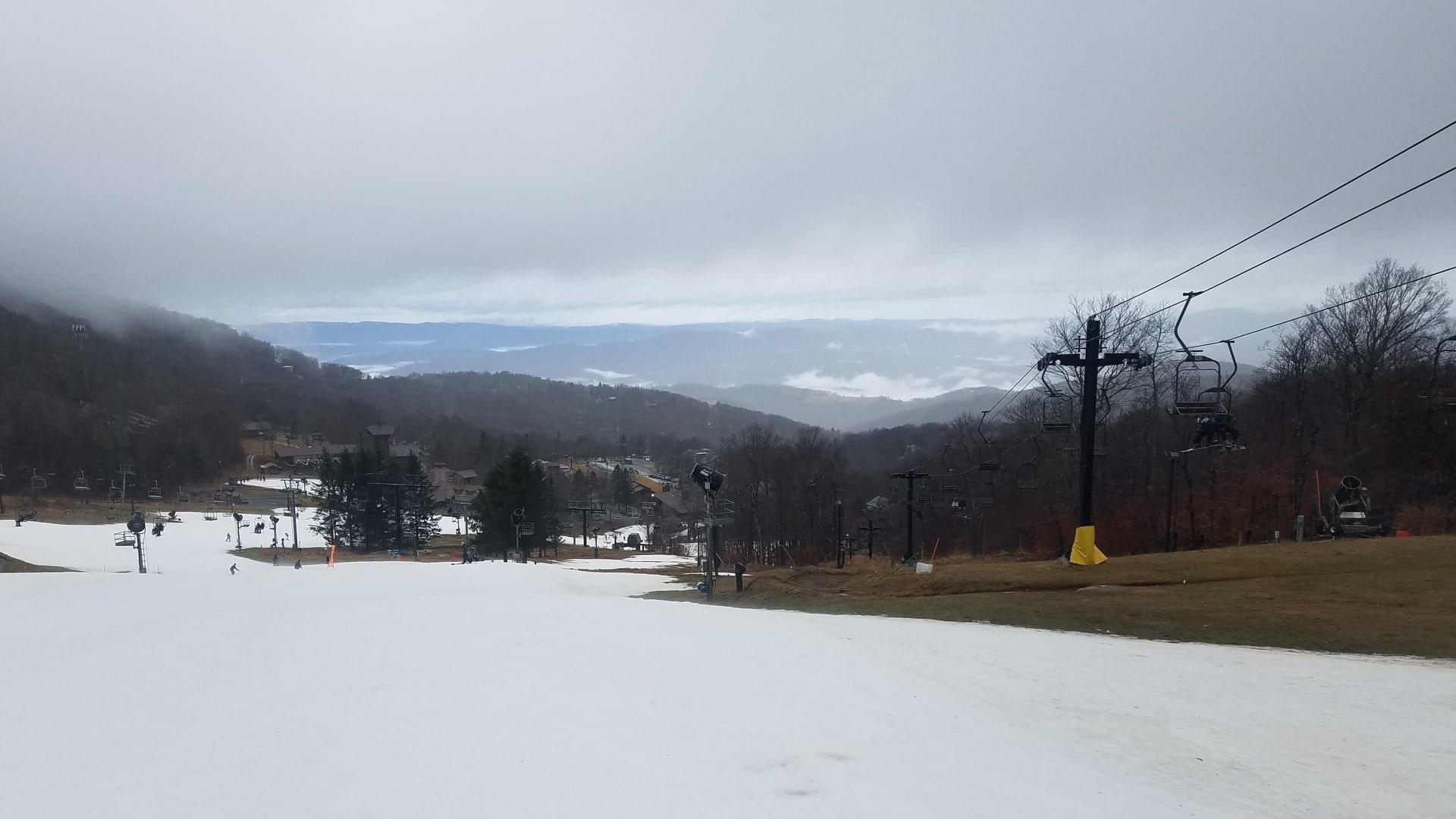 The fog in particular is an extra challenge to an already troublesome situation, because not many are fully capable of relying on their instruments, umm I mean their abilities to sense and feel the changes on slope underfoot. Losing the sense of sight, even for a moment, could spell out a blind disaster in waiting.

On top of that, there were a few incidents where folks would stop on the run, which is understandable if they could not see well, but on a few occasions they did so in the middle of the run instead of the edge and also in places where it would not be easy to see them on a sunny day.

The point I am getting at is to please be aware of where you are on the run, and if you need to pause, do so in a place where you are not in the pathway where the skier and rider traffic is frequent. 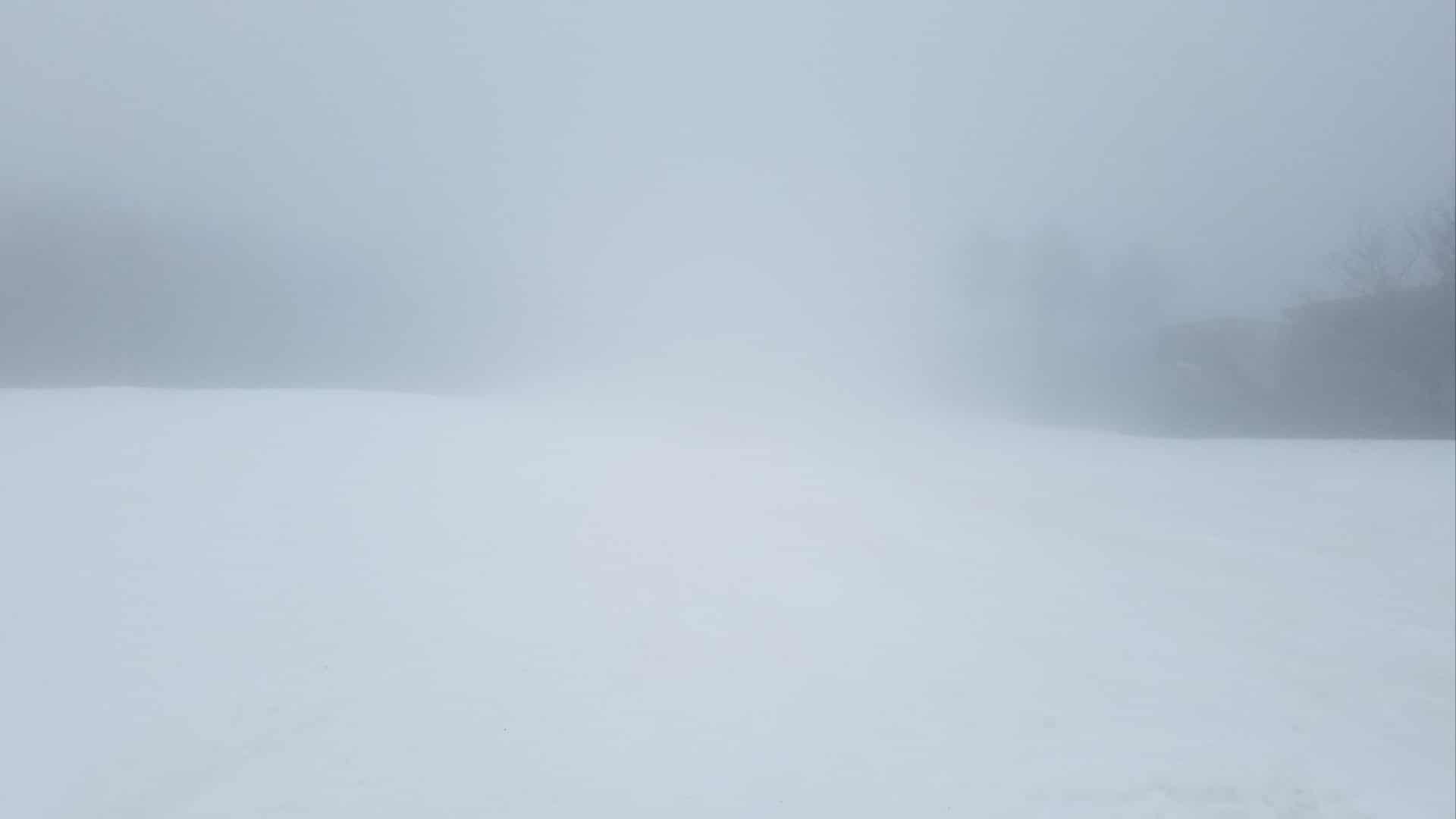 Also, the drenching that we faced was a pretty intense bombardment, and the end result was the need to wring out the water droplets before shedding them and immediately replacing them with dry clothing. Hindsight told me that my jacket and older snow pants of 15 years or so are not adequate for this type of weather, and that it would be best to bring newer technology next time or a worse case rain poncho as the next layer down.  Perhaps a pair of swim trunks could help too if you suspect that your pants might not save the day either.

Lastly, zip lock bags are a game saver for key fobs, cell phones, and anything else pocket sized that needs to not get wet. Now it should be stated that according to the National Park Service, the nearby Smoky Mountains average annual rainfall can surpass 7 feet (84 inches) annually on some of their summits, which is more than anywhere else in the United States except for the Pacific Northwest.  That technically qualifies the upper elevations as a temperate rainforest.

Even though Beech Mountain is not part of the Smokies they too are within a majority of wetter weather that hits the southern Appalachians throughout the year.  Having the right kind of gear to counter this is essential to having a good time.

Same can be said about cold weather that can and will happen again soon. When I skied that day the temps in Banner Elk were around 55 degrees Fahrenheit and the summit was closer to 50.  If the temperatures were 20 or more degrees cooler, which is easy to obtain with a nice dip of cool air from a weakened Polar Vortex and precise placement that includes the southeast, then this report would have been about a spectacular snow day instead.

I will plan on making that happen when the opportunity presents itself, and in the event that it is a midweek moment, I will just have to tell my boss that I am feeling a bit off, and the best cure is a nice dose of Vitamin-Ski.

Feel free to use that excuse too, and we will see you up there. 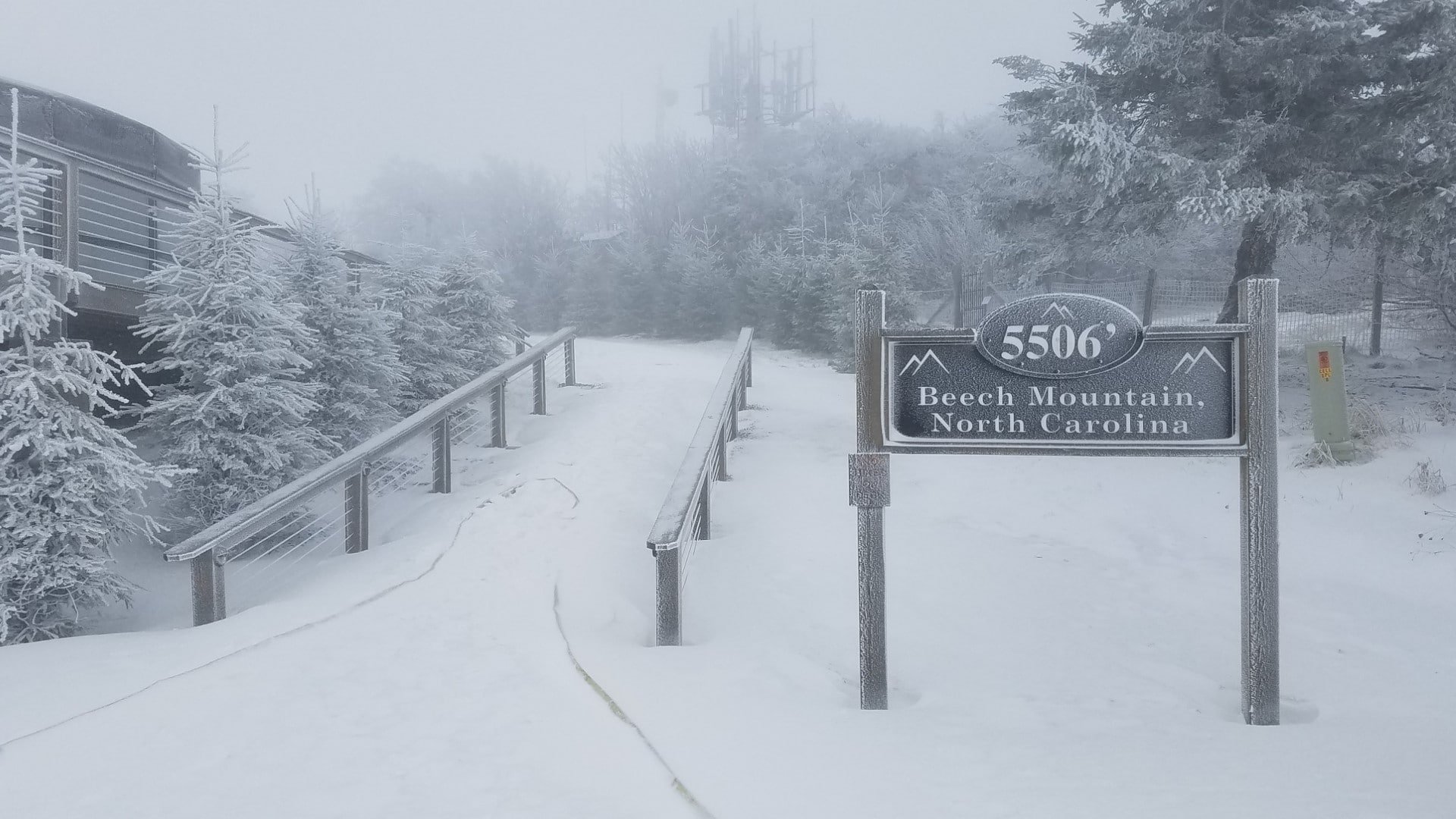