Warm and Wet for the Next Few Days 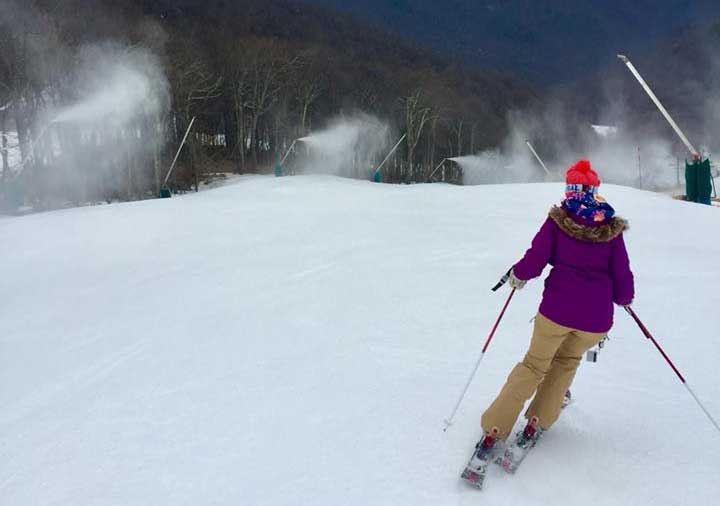 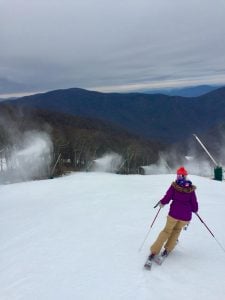 A lucky soul making some turns at Wintergreen yesterday morning.

Valentine’s Day is a day for love but it appears as if Mother Nature has none of that for us in the immediate future.  The oh so brief shot of colder temperatures we saw Monday night and yesterday morning has exited stage left and the return of mild and wet weather is beginning.  The resorts are going to have to mostly rely on a snowpack created in December and January for the time being, which as we all know is a deep one.

Temperatures this morning are back in the mild range as the resorts are mostly in the 40’s.  Obviously no snowmaking occurred and it might be a while before we see the snow guns turn back on.  Virginia seems to be the cool spot as Bryce and Massanutten were a little chillier with temps in the low to mid 30’s.  The snow might be a little better and firmer up there this morning as a result. 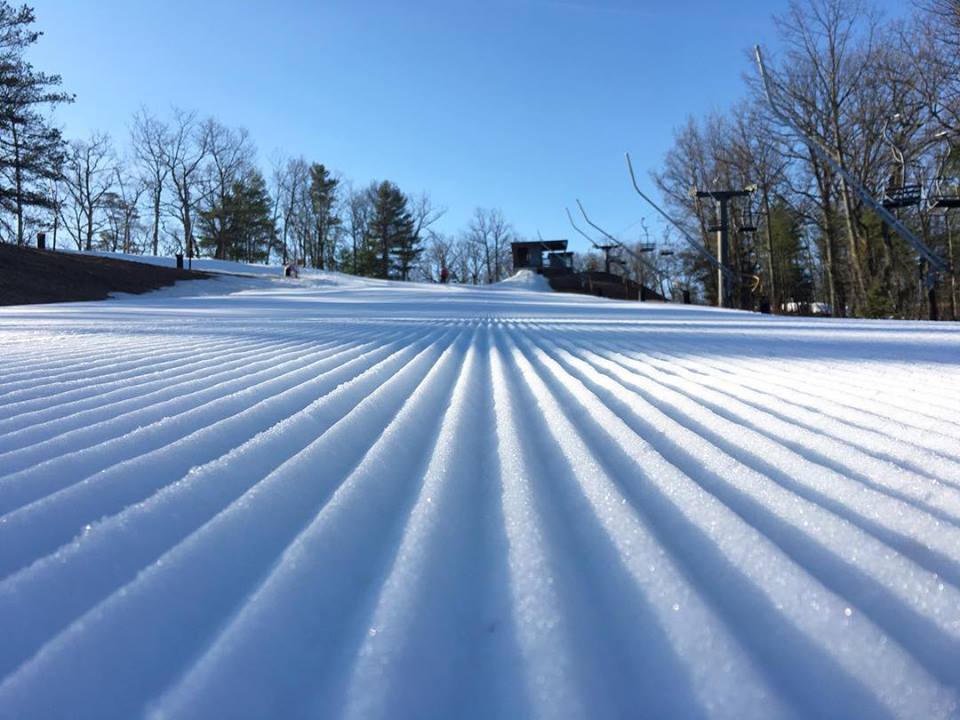 Cupid’s Day is the first in a period of three days where unseasonably warm temps will be prevalent and accompanied by showers.  The NWS forecasts are a little depressing to look at right now as I’m seeing flood watches for a few locations beginning tonight and temperatures in the 60’s by tomorrow for a handful of ski areas.  Ugh.  Underdeveloped snow won’t be falling at all times, so if you are wanting to sneak in some runs you’ll have an opportunity to do so here and there.  The snow will be nice and soft, lift lines will be non-existent before the weekend crowds, and you’ll be able to shed some layers.  Just keep an eye on the radar.

A quick heads up to any early arrivals for the holiday weekend, Wolf Ridge was closed yesterday and I mentioned how it wouldn’t surprise me to see them extend the temporary closure based on the forecast.  Sure enough, they’re continuing that break and won’t be open again until Friday.

As for the holiday weekend, well, the forecast has trended less cold with Saturday seeing some precipitation.  I say precipitation because it looks like snow for the northern ski areas in the region with light showers for others.  Sunday is looking like the best day of the long weekend right now and by that point it would be the first dry day in a while.  I’ll take another look at things tomorrow and Friday as we get closer to the weekend.  Hopefully we can see things trend colder, at least enough to allow for widespread overnight snowmaking.

So for the time being the ski areas will be relying on those large base depths that were built up over the past few months.  There’s still a ton of snow on the open slopes and groomers will be out and about at night to push it around, smoothing things out and patching up any semi-thin areas.  I think a lot of people visiting a ski area this weekend will be pleasantly surprised to see just how much snow remains. 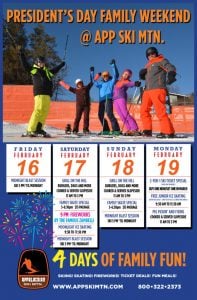 If you are looking for something to do this weekend, there are lots of events going on at the resorts with it being a holiday.  Any folks headed to the High Country of North Carolina should check out the festivities happening out at Appalachian Ski Mountain.  They’ve got fireworks, grilling, and discounted lift tickets…

We’ve Scheduled some family time for you!

ASM will also offer our special Buy one get one on MONDAY, which means you purchase MONDAY’s Flex Ticket and get another day or night in March for FREE! This special only applies to tickets purchased online in advance.

Happy Valentine’s Day to all the ladies, especially my lovely wife!  Try and stay positive during this upcoming stretch.  The cold and snow will return.