THOUGHTS FROM BEHIND THE COUNTER 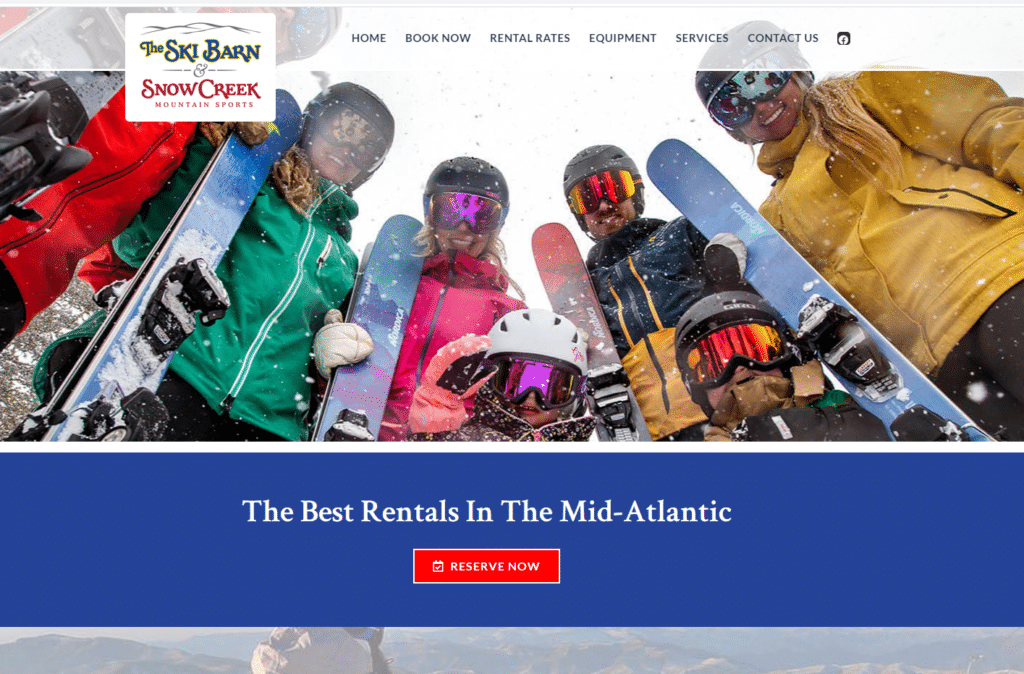 For the most part when I need to know something about what’s happening on the slopes or at the various resorts, I go to a resort official for the low down. This time around I decided to go in a different direction in getting some information on what the industry buzz is these early days of the 2021-2022 season.

One of the busiest ski shops in the region around this time of the year is the Ski Barn, with five locations in Virginia and West Virginia.

Before the days of the resort slope cams, I know for a fact that the phones at the various ski shops near resort ski shops would start ringing very early on ski days. You know way back when, sometimes there could be a big difference between the snow report being given by resorts and what was actually on the slopes. Back then the best way to get an up-to-date report was to check with the local ski shop.

Well, this time around I’m not looking for slope information, but I wanted to know what skiers and snowboarders are saying when they have been calling late this summer and now fall, especially since there are now resorts open throughout the region.

I recently caught up with Morgan Long, the manager of the Ski Barn, just down the road from Winterplace Ski Resort in West Virginia.

The good news is that the shop’s season-long ski and snowboard packages are way ahead of normal. That means folks are looking to play on the snow for multiple days this season. By the way, just because the ski and snowboard packages are rented from a West Virginia ski shop, doesn’t mean those same skis and snowboards won’t be used in Virginia, North Carolina or Maryland. It just means when the skier or snowboarders reaches their ski resort of choice for the day, they will be able to get on the slopes quickly.

Another item of interest for folks calling into the shops is what is happening about the COVID-19 rules this season. According to Morgan, the best answer is to check ahead with the resort you are heading to for skiing and snowboarding. One thing I am hearing is that some resorts will again be conducting on slope capacity management. The reduction of lift tickets being sold for a day will probably be limited this season, but none the less, it will be happening. Just know before you go.

Another positive note from Morgan is that skiers and snowboarders are buying new equipment and soft goods this year. After there not being much updating last season, things have picked up a bit this season. The buying is also across the board with new skis, snowboards, jackets and pants going out the door or being shipped.

The best news I received from Morgan was just the fact that the phones were ringing. That is a clear indication that skiers and snowboarders are ready to hit the slopes this season. Also, if you are planning to rent your equipment this season, don’t wait until the last minute to get signed up. It looks like skiers and snowboarders are doing a good job of planning ahead and making reservations. Seriously, on the expected busy weekends, don’t think you can just show up and there will be inventory available. Just saying.

One final thing that I talked to Morgan about was about young people getting into the sport. What she told me was that a lot more parents are reaching out to them this year about junior year-long packages. That is some really good news because we always need some new blood in this industry. One of these days I am going to check with the National Ski Areas Association and just see what the average age is of a skier or snowboarder.

It was fun to chat with Morgan about the upcoming season and get her thoughts. Full disclosure, her mom is Debbie Cline, who heads up the Ski Barn operation and has been in the business longer than I have. In other words, the apple doesn’t fall too far from the tree.

Don’t look now, but the southeast ski industry is quickly approaching the busiest three-week period of the season. I am talking about the week before Christmas, Christmas week and then the week after Christmas. I know for a fact that for some resorts we are talking about up to and maybe even more than 35 percent of the season revenue will come in during the three weeks.

It looks like with the upcoming seasonal temperature period that the region’s resorts are going to be offering a considerable amount of open terrain for the holiday crowds to spread out on, while they are skiing and snowboarding.

While we are on the subject of having terrain open, hats off to the mountain operations gang at Timberline Mountain. When the rope dropped officially to start the season for the Tucker County, West Virginia ski resort, 55-percent of the terrain was available for the opening day crowd. That’s pretty impressive. In fact, when any of the resorts open this year in the southeast, skiers and snowboarders had more than one way down the mountain to play on and that is also pretty impressive.

Finally this week, and on the subject of being open and snowmaking, while on a call with other ski association folks across the country, the question was asked, “What state was offering skiing on Thanksgiving day?” I was proud to be able to raise my hand, along with the representative from New Mexico. I was asked how could there have been skiing in North Carolina and West Virginia? My answer was simple, “We have the best snowmakers in the country.” Point, set and match.

That’s it for this week, thanks for joining me for my weekly thought process. Just remember whether it be cold or whether it be warm, we’ll weather the weather, whatever the weather will be. I still believe this season is going to be a lot of fun but challenging.