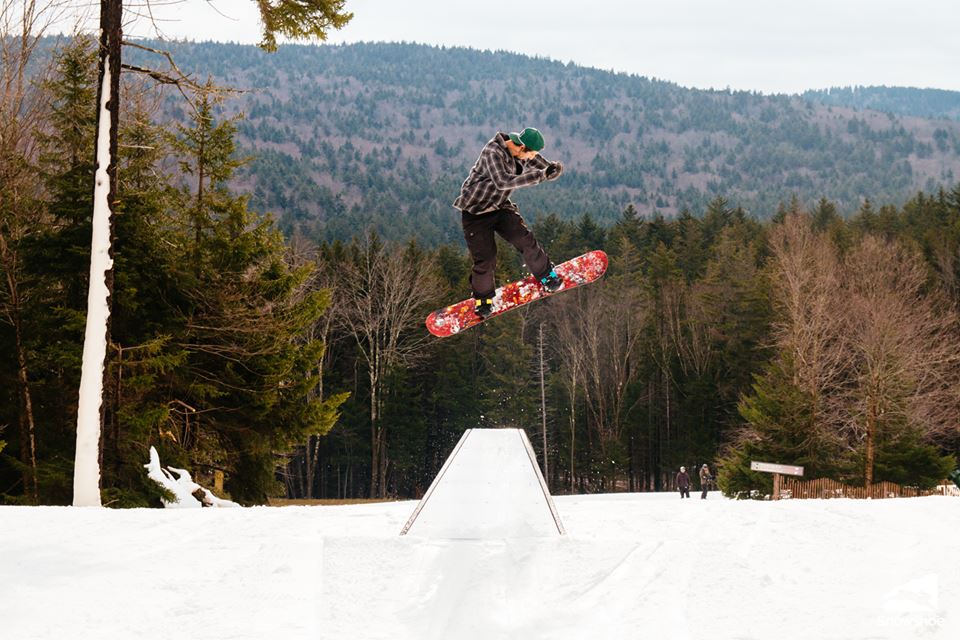 The ski and snowboard season here in the Southeast is a cyclical process, a battle against Mother Nature.  Hope for cold, make snow, watch it melt, repeat.  It is what it is.  We’ve officially gone through our first full cycle of the season as all of the resorts that had opened are now temporarily closed due to the weather.  Mike reported yesterday that App, Cat, and Sugar were all closing due to the rain, and Beech made the call yesterday evening to do the same.

One look at their webcams and you’ll see why they had to do so.  Here’s a little 10 day timelapse to show you that cyclical process I was talking about.

Snowshoe originally was going to be open and when I first looked at their snow report they showed as being open, but in the 45 minutes or so since seeing that they have since pulled the plug for today due to the incoming weather.  Mike and I were both surprised to see they were open today so it comes as no shock to us that they have went back and decided to suspend ski ops for the day.  They plan on re-opening tomorrow and as they say on their snow report, “Cold air is due to return tomorrow night just in time to allow our snowmakers to put down a nice, fresh surface for the weekend.” 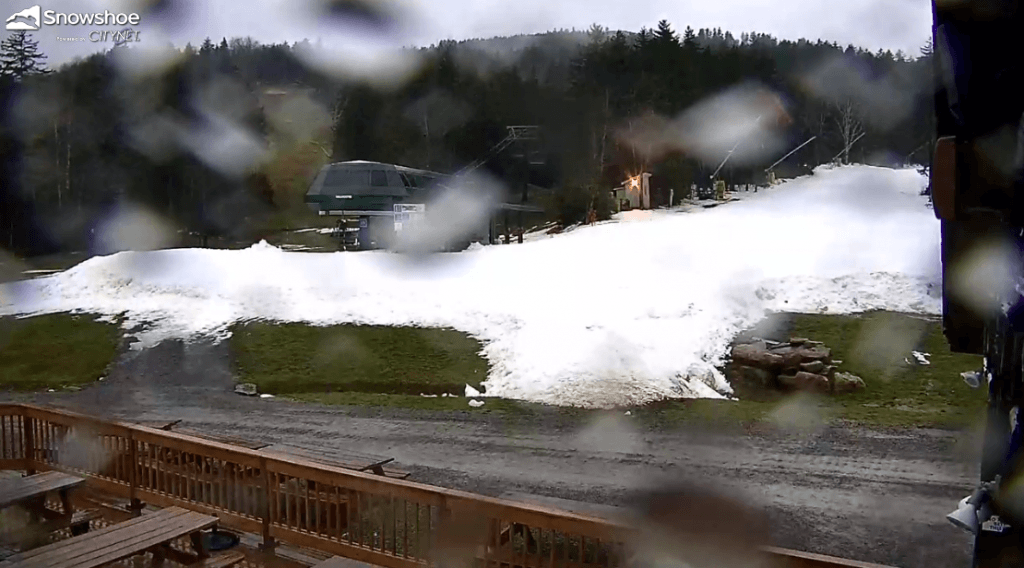 Snowshoe’s Boathouse Cam this morning. Plenty of snow, but you can see the raindrops.

The rain really did a number on snow conditions across the region yesterday and fortunately/unfortunately there is some more on the way today.  The line of storms has already made it’s way into West Virginia and eastern Tennessee and will push through today, dropping some more underdeveloped snow.  Once again, the silver lining to all of this is drought and wildfire relief.  This might be the first time ever in my decade of snowboarding that I’ve not been completely saddened at the sight of rain.

Beyond today, snowmaking temperatures should return tomorrow for all 5 of those previously open ski areas.  Thursday, Friday, Saturday, and Sunday nights look like they will provide time to get the guns going again and I have a strong feeling other resorts will get in on the action as well.  Temperatures look decent enough in Virginia that we could see Massanutten, Wintergreen, Bryce, and Homestead make some snow as well.  That said, looking at the weather forecast I don’t think any resort other than App, Cat, Beech, Sugar, and Snowshoe will be open through at least next weekend.  Here’s the timetable for those re-openings… 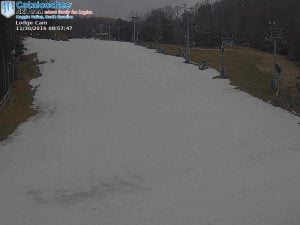 The Cataloochee base cam still shows plenty of snow on the ground.

A Quick Word on Ober

Ober is reporting that the bottom of the tram is okay as well.

Mike did a great job yesterday reporting on the Gatlinburg wildfires, but I thought I’d just mention and reiterate that Ober is still standing.  There was a lot of confusion as to what happened to the resort, the whole fire did happen extremely fast after all, but luck was on their side as they managed to escape the fire.  Ober is also saying that the bottom of the tram is still standing on a comment on their Facebook page yesterday.  Other than that, there’s no new info as of yet and I don’t think they will be open for at least a few more days.  In the grand scope of things, the re-opening of the ski area obviously isn’t a priority for the folks of Gatlinburg, but we do hope that they can get back open for business sometime soon.  We’ll keep you updated when we hear anything.

Check back tomorrow as we’ll hopefully have some better news in terms of the weather and the upcoming weekend!