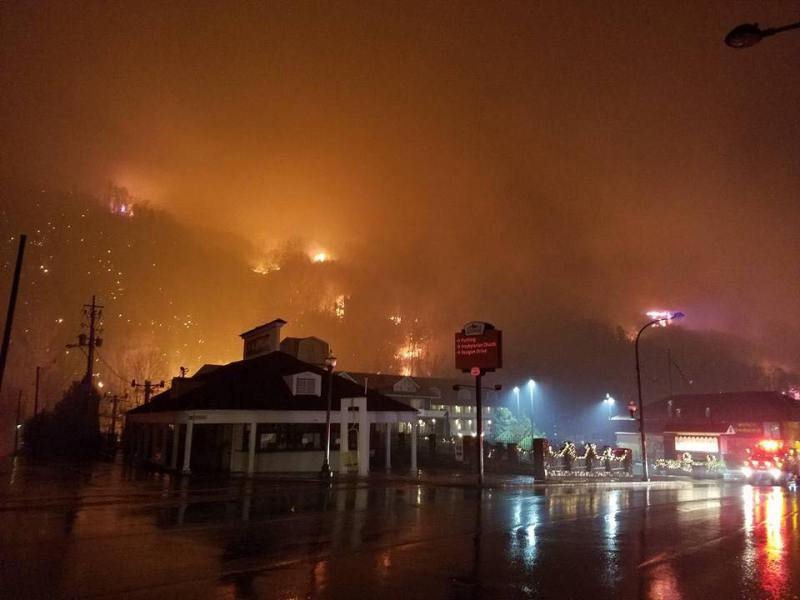 Editor’s Note: The tragic wildfires that have destroyed numerous businesses, homes and caused more than 14,000 evacuations and left more than 12,000 people and businesses without fire are now being covered by news sources throughout the region. We’ll now leave any updates and further coverage to those sources that are certainly better prepared to do so.

We first covered the news that was being reported by dozens of national and regional news sources that Ober ski area had been destroyed by those fires and while that news is NOT ACCURATE, there are still many sources reporting that news. To be clear – Ober Gatlinburg Ski Area is fine. Since we cover ski area news…we’ll simply report that and now direct your attention to other outlets for updates about the Gatlinburg area in general.

Update: 9:54am: This video was just provided to us as shot from the parking lot atop Ober Gatlinburg. Video taken by Pete Jucker who is a longtime (decades) instructor/patroller at the mountain.

“All of our ski area structures and the resort itself are fine. We were actually designated as a ‘safe zone’ and many people stayed in our buildings overnight. But yes, we’re safe and okay.”

She added, “We’re not certain about the mall area (where the aerial tram travels) at the bottom as we’ve had no word.”

Like 14,000 others who were evacuated from their homes and businesses, Kate mentioned that she has no clue about her own home as yet.

Here is another video sent in by a friend of Representative Jason Zachary of how intense the fires were. 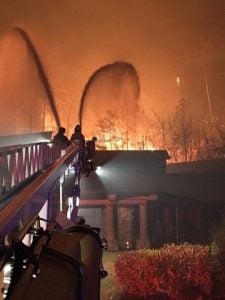 Photo by Dandridge Fire Department from the far end of the strip in Gatlinburg. Click to Enlarge!

Smoke from nearby fires caused an early closure yesterday to Ober Gatlinburg Ski Area and evacuation orders were issued late last night into the early hours this morning. Right now we have heard that the scenic chair lift area of the mountains that rise up from the downtown area shops and restaurants – as well as Hillbilly Golf (the old historic putt putt course), Park Vista Hotel, Westgate Resort, Black Bear Resort (all of it’s cabins were destroyed) and numerous other businesses have been affected.

At this time NO FATALITIES have been reported, but if you are a prayful person, please do so for these people.

Editor’s Note: We are getting DOZENS of emails from fans of Ober about Ober NOT being destroyed by fire and some are stating that we are “adding to the fear and confusion” by reporting inaccurate information. Please be aware that we DID speak with Ober’s marketing people and we HAVE updated the story. However even as of 10am we are receiving press releases and AP news feeds who ARE still reporting Ober as destroyed. Thankfully this is NOT the case. However, several NATIONAL and REGIONAL news sources are reporting conflicting stories. To be clear – Ober is fine according to our contacts on the mountain. 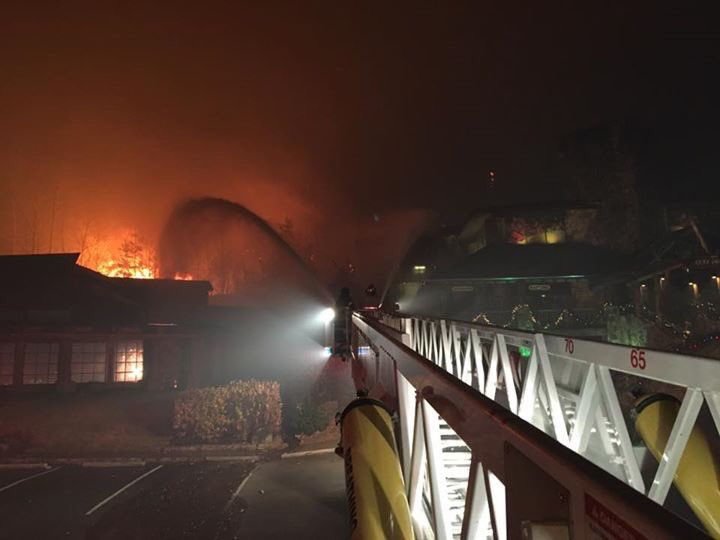 More soon. Email me any news that you have confirmed while we investigate more. [email protected]

Previous Post
Cataloochee Ski Area to be CLOSED Tuesday, Wednesday and Thursday Due to Rain
Next Post
Beech Mountain and Snowshoe Resort are the Lone TWO Ski Resorts Open Today