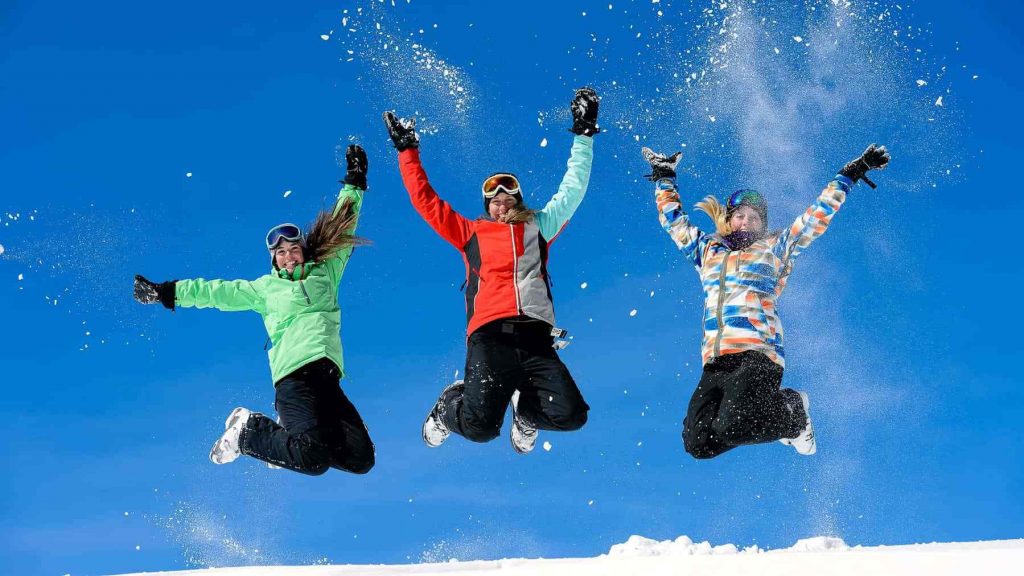 It’s hard to believe but the month of December begins today.  That also means that meteorological winter begins today as well.  Sure sure, winter doesn’t technically begin for another three weeks or so, but the upcoming three month period is the coldest of the year and weather peeps use it as the baseline for winter.  So, welcome to winter!

Right on cue with the beginning of (meteorological) winter, colder temps have returned and snowmaking has resumed at two of the ski areas in the region.  Beech Mountain and Sugar Mountain have fired up the guns on the upper portions of the mountain. I’m pretty sure they just started within the last hour or two. I was surprised to see them start so early with snowmaking, as temperatures are going to be borderline today at best. They might only be able to continue to target the upper mountain during the day.  Tonight is when the quality snowmaking conditions return as temperatures will dip into the 20’s. Here’s a shot from the Beech Summit Cam this morning.

As you can see, it’s not the prettiest site out there this morning thanks to a few days of rain. App, Sugar, and Beech all look to have taken a beating from the underdeveloped snow (On a quick side note, I got an email this morning from OpenSnow and they used the term “undeveloped snow” to describe rain. I chuckled a bit). Cataloochee looks to be in a little bit better shape and Snowshoe is easily the best looking right now. In fact, Snowshoe is the only open ski resort in the region today. They suspended operations yesterday but are back open today with 9 trails and 3 lifts in operation. From their snow report page…

Cold air has returned and we will fire up the guns shortly to get everything back in shape for the weekend and continue expanding terrain. 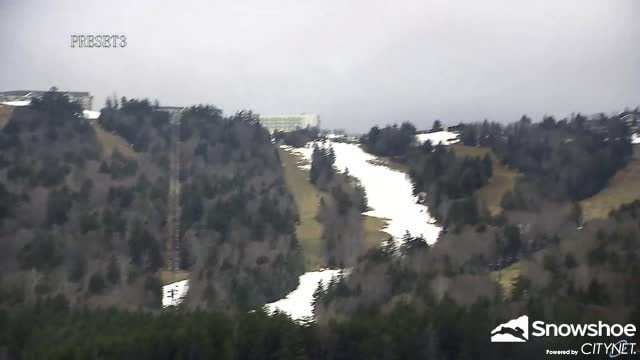 Snowshoe alluded to colder air returning and that is definitely the case. We’re still looking at the next 3 or 4 nights to have cold enough temperatures to allow for snowmaking.  The forecast looks a little too warm to keep the guns on during the day for anyone except Snowshoe.  Then again, I didn’t think Sugar and Beech would be making this morning so you never know.  Regardless, we all know how good snowmaking is and they should be able to lay down plenty of manmade goodness at night.

As of right now, Cataloochee is still targeting tomorrow to re-open.  I’m not sure about the middle of the mountain, but the bottom looks decent enough and a night of snowmaking should allow them to open back up tomorrow.

I still think (and hope) App, Beech, and Sugar will open back up on Saturday, but the more I think about it the more I think Sugar could just go for it tomorrow.  I don’t think anybody would be shocked if they did.  Check back tomorrow morning and we’ll have a better idea of what to expect for the weekend.

It’s been another slow start to the season and I’m sure many of you are wondering when we’ll see some really cold temperatures that stick around for longer than a few days.  Well, there is some hope.  You just have to look ahead 7-8 days or so as the forecast looks much better towards the end of next week.  Check out the 8-14 day temperatures outlook from the Climate Prediction Center.  Blue is good! 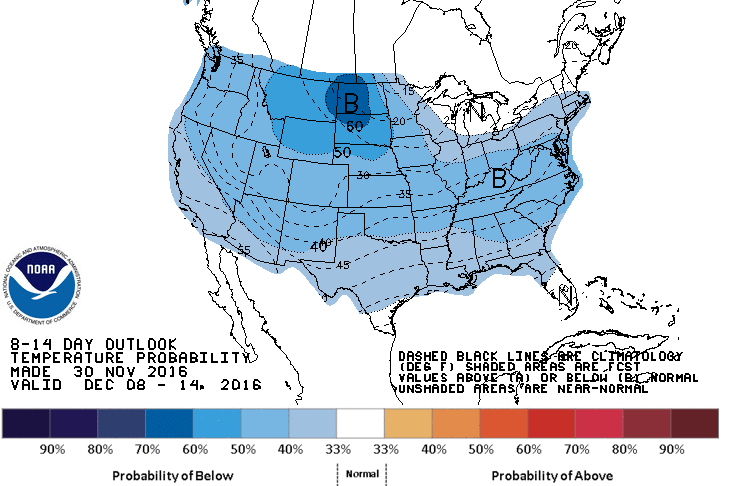 Signs are pointing towards a transition to colder, stormier weather beginning during the latter portion of next week.  That said, it’s still a week plus out and things can change.  It does look promising though.  Let’s hope it comes to fruition as I don’t think I could take another December like what we saw last year.  That was BRUTAL!

For now though, let’s just enjoy the return of snowmaking temps.  If you’re like me you’ll be watching the webcams all day.  As always, Resort Cams is the best place to see what’s going on.  Enjoy!

Previous Post
It’s a Teacher Workday at the Ski Areas Today as Everyone is Temporarily Closed
Next Post
We’re Back Up to 3 Open Ski Areas, Hopefully a Couple More to Follow This Weekend