SUNDAY WILL BE ANOTHER GORGEOUS DAY ON THE SLOPES 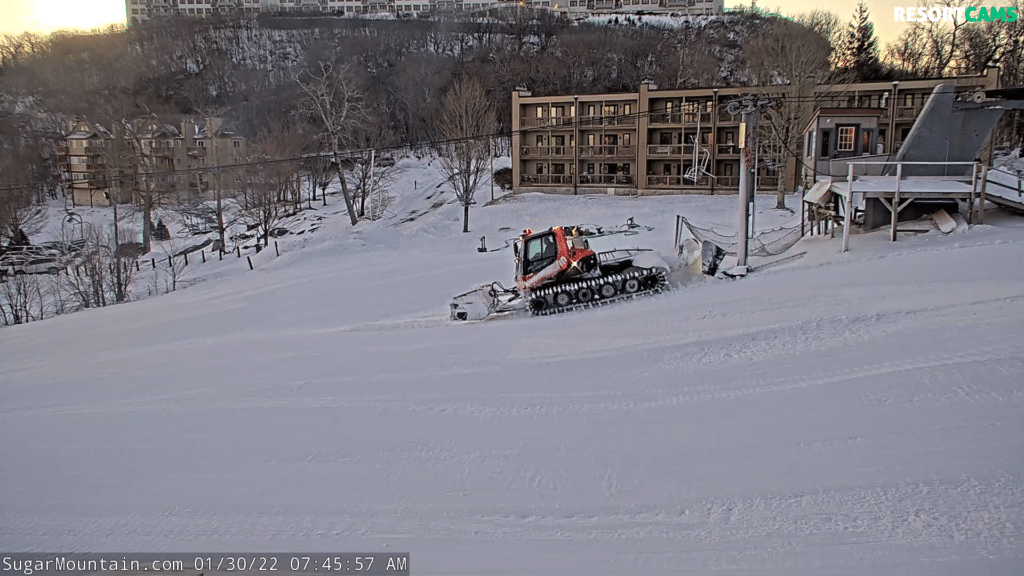 Check the SNOW REPORT for all the deets, including snowfall totals and more.

Sundays are my days to ramble around the region with words…at least more than usual. As soon as I typed that sentence I was reminded that I was once called a “keyboard princess” after really ticking off one of our ski resort’s management teams and fanbases. I won’t elaborate further except to say that we will never make everyone perfectly happy with us. After all, when your job (or passion) is to report accurately on every ski area, there will be times when that reporting of the facts is in some sort of direct opposition to what a resort is reporting. 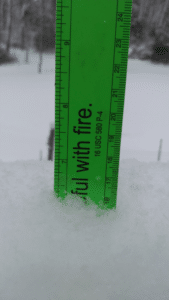 Unfortunately, it usually only comes from two of our ski resorts in the region and it is always related to the amount of natural snowfall received. Such is the case (again) from Friday’s snowfall totals. The crazy thing is that as I toured the official data from each mountaintop, and received intel from “boots on the ground” – SOME ski areas didn’t even care to share that they RECEIVED snowfall. You would have had to have visited all 16 ski area’s websites on Saturday to determine which resorts didn’t even bother to mention the natural snowfall – but it happened and happens more often than it should. SNOW is “White Gold” to our ski areas as it excites the masses and people will often make their decision as to which area to visit BASED on where it snowed…and how much.

Most ski resorts do a great job of reporting accurately. A couple of ski areas? Not so much.

I’m only bringing this up (again) because each time it snows, we report the accurate snowfall totals, and then I receive a few dozen emails from readers who see a different snow total elsewhere (on other websites). I can only reiterate – if you want “no bull reporting” this is where you’ll get it.

On Saturday, one reader wrote, “Mike, I read your report today about resorts reporting more snow than they had. That has been going on there for more than 40 years. I’ve followed your website since you started it and we appreciate the warrior mentality of keeping everybody honest.”

There you go. I’m a “keyboard warrior”.

“I read SkiSe everyday and always love it when you hold resorts accountable on snow reporting. I know you used to beat your head against the wall reporting on exaggerated base depth reporting. I’ve noticed you quit reporting on based depths. As far as snowfall totals, you’ll probably have to ‘let it go Louie” on that too.”

He’s correct. Man, I used to rant incessantly about resorts overstating base depths. However, we still do REPORT them on the SNOW REPORT. Are they exaggerated by some resorts? Yup. Some ski areas are worse than others. Over the years, we’ve influenced many resorts to report base depths as ONE SINGLE NUMBER…like an average of 50″. That is the best way to report base depths anyway. Can you HAVE an AVERAGE of 22″-100″? I don’t think so.

Additionally, there is not ONE ski area in the region that sends out mountain ops crews to measure the snowfall at various locations of their mountain to come up with the base depths that they report. They are ALL estimates (based on MANY years of experience)…but they are just “marketing numbers”.

So WHY Make a Big Deal About Natural Snow Totals?

As snow reporting applies to base depths – I doubt many people look at the base depth numbers to make a decision as to where they prefer to ski or ride. As Joe Stevens convinced me many years ago – you can only ski or ride on the top 4-6″ of snow. Your skis never hit snow two feet down, unless you are skiing fine powder out west…or on those rare occasions here in the east.

However, when it comes to natural snowfall, people DO make decisions on where to head to see the most snow. This website’s traffic is a perfect indication of that. On days without snowfall, we will see “X” number of visitors. When it SNOWS, we see “X times 30” visitors. The cameras that are showing natural snow falling get the most views as television stations hunt for the sweetest views and share those with their audiences.

…and unfortunately, some ski areas tend to play the “fools gold game” by over-reporting it. Just know that you can always count on SkiSoutheast.com and ResortCams.com to keep things on an even playing field (as much as possible).

By the way, if any of you wants to do your own investigating, simply CLICK HERE and choose any ski area and then look at snow tallies for ANY day (simply click on the -/+ sign) beside the date and you can go all the way back through the season and add things up for yourself.

Okay, okay, Louie…I’ll let it go – until the next time.

Today, I am reporting from snowy (yes snowy) Lexington, North Carolina while visiting my daughter for the weekend. It was 16° here this morning and they are not accustomed to those kinds of cold temps. The power went out while posting this FirsTrax this morning as the WiFi died at about 8am. Evidently 27,000 people are without power here in Davidson County, North Carolina. However, I have battery left on my laptop and I have a mobile hotspot via my iPhone and voilà I still have “keyboard warrior” powers.

Editor’s Update 2pm:
Ha! At about the moment I typed the paragraph above, MY laptop battery died and thanks to Matt Laws for rescuing me – yet again and getting the photos posted.

Another reader wrote to me overnight saying,

“Now that the ski season is coming to a close, how many more good days do you think we’ll get on the slopes?”

I won’t embarrass the guy by mentioning his name, but he is a regular reader and frequent emailer. But DUDE, you’re killing me!

If you take Thanksgiving Day as the unofficial/official start to each ski & snowboarding season, and consider March 31st as the end of each season – that gives us 126 days +/- a day or two.

Today is day SIXTY SIX (66), meaning that we are BARELY over the halfway mark! My trusty calculator reads that 66 divided by 126 is 52%. That means that we still have about 48% of this ski season left.

Obviously, that depends on ma’ nature. December 2021 was the pits…with a snow drought of epic proportions. We had barely enough snowmaking temps to ensure a decent Christmas-to-New-Years week. However, the natural and manmade snowguns cranked up ALL of January. We’ve seen as much as 50″ of natural snow this month and conditions are AS GREAT AS IT GETS RIGHT NOW!

Ski Season is NOT almost done.

Hopefully, we will see plenty of timely cold snaps wherein the ski resorts can make plenty of snow to keep trails in great shape. Hopefully we will get lots more snow. There is a good bet that we will see some warm snaps and slope-melting thaws over the next 6-8 weeks. However, here’s hoping that we get another 60 days +/- of snow play on the slopes before the season ends.

Omni Homestead Resort – Thanks to some intel by Lynn Swann, we can share that it was a frigid 11° at the Hot Springs, Virginia resort this morning. They JUST got a new webcamera installed there and there are some programming issues with it, but they will have it running shortly. In the meantime, check out this photo. 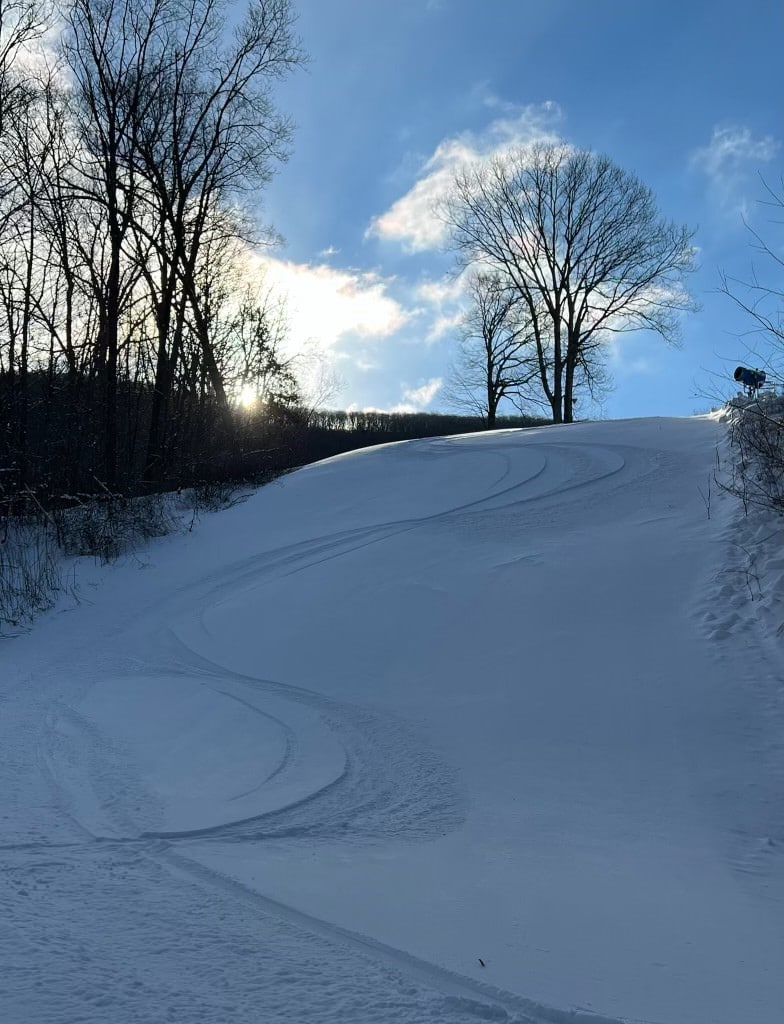 Snowshoe Mountain reported, “Temperatures will climb into the mid-20’s today, which will feel like t-shirt weather compared to yesterday. There is a good chance that we’ll see some snow showers this afternoon/evening. Knotbumper and the skier’s right halves of Lower Ballhooter and Lower Shay’s are ungroomed. Everywhere else you’ll find delicious corduroy ready for rippin’. Snowmaking will be in progress on some open terrain.”

Canaan Valley Resort really amped up their slope offerings today. They now have 33 trails to play on. They reported, “Thanks to a Friday night fresh snowfall, we have been able to open up several of our natural trials on the mountain including Meadows 2, Dark Side of the Moon, and many more. We recently finished our snowmaking on Easy Does It. Prosperity and Lower Prosperity will remain open for uphill skiing only. With these trails and Hawthorne Bowl open, this will bring our total open trail count up to 33. We will continue making snow on Meadows 1 and Weiss Way In. There is also more snow in the forecast along with cold temperatures, so our mountain crews are planning on continuing their snowmaking efforts to keep our open trail count high.”

Here are a few more photos to wrap things up for today.

That will do it from me.