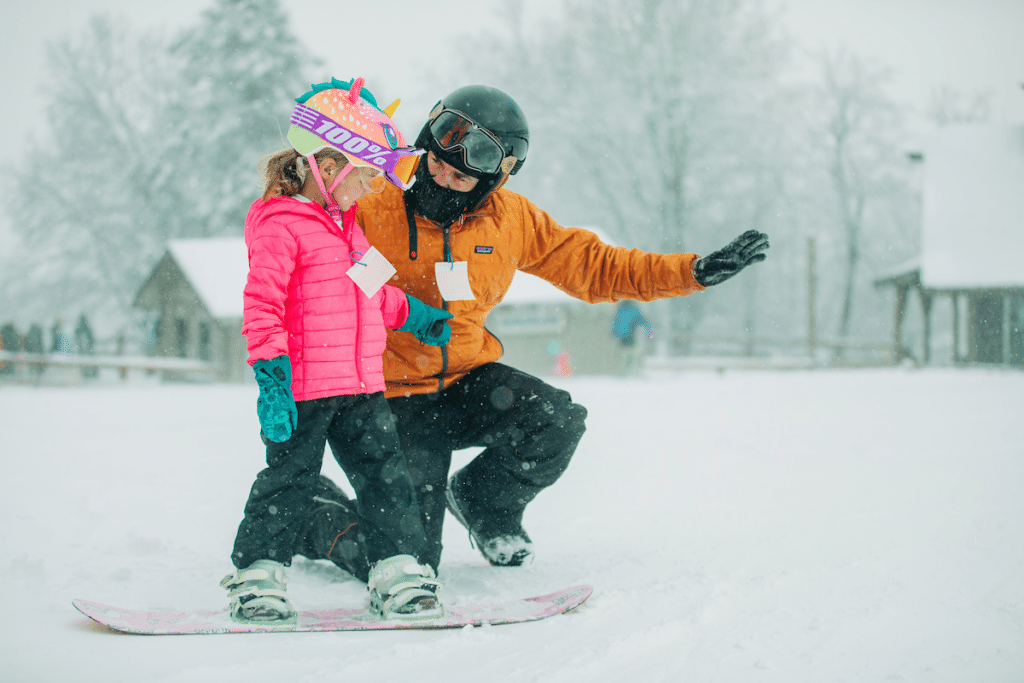 I will also share that choosing a Photo of the Day was crazy difficult today as there are SO MANY primo shots from around the region. Be sure to check some of them out below.

Our Brad Panovich is attending Blowing Rock’s Winterfest this weekend and it will be every BIT a winter-fest, with temperatures in the teens all day and blustery winds in the 20-30 mph range and gusting to 55mph! Winterfest USUALLY hosts a Polar Bear Plunge into the cold waters of Chetola Lake, however, while the event OFTEN takes place in cold weather, the potential for blizzard-like conditions and wind chill temps in the minus 8° range prompted organizers to cancel the plunge into the icy waters. I can’t disagree with that decision, With Covid19 still “a thing” and for the overall safety of participants and fans – I think it was probably a good idea. We can hope for next year, right?

Let’s talk SNOW. (Yes, I am stealing Joe Stevens’ Sunday column title for this section of the Saturday FirsTrax post.

As Meteorologist Brad Panovich and Matt Laws shared yesterday, this will be the third weekend in a row with significant, natural snowfall across our ski mountains. Crazy thing is that we’ve had natural snow on the ground since January 3rd, when 8″ fell. The snow that fell January 16-17th (18″ of snow) is still covering the ground. My own snow meter at my home still has 7″ of snow measured and there are piles of snow, two feet deep across the region. We’ve only seen about 2″ here in beautiful Sleepy Hollow in the last 24 hours – however, I have been texting back and forth with Beech Mountain Resort’s Talia Freeman, and they are experiencing strong, gusty winds and boasting an official reading of 6″ of new snowfall in the last 24 hours.

Check out the SNOW REPORT for all  of the snow totals and snow conditions.

So SNOW is everywhere! ResortCams.com will be bombed for the third weekend in a row. During the last deep snowfall we saw more than 750,000 views in one day.

Here are the snowfall totals for this morning:

As you can see, the BIG winners were the North Carolina resorts with 6″ of new snow falling at Beech, Sugar and Cataloochee. (As usual, Sugar reported another 1″ more (I swear I think they look at Beech’s numbers and add some.) however, according to one of the snow spotters who is a very good friend of mine and who LIVES at the top of Sugar Ski & Country Club – they saw probably 5-6″ of snowfall. He did add that with the high winds, it was hard to get a good read.

By the way, it is STILL snowing pretty significantly at locations like Wolf Ridge Resort, Wisp Resort, Sugar and Beech, while the sun is beginning to create some stellar photos at locations such as Cataloochee and Timberline Mountain.

WATCH THE SNOW AND VIEW SOME AWESOME LIVE SNOW CAMS AT RESORTCAMS.COM

Here is a 14-minute tour of all of the mountains with some snow shares.

One of my NEW FAVORITE new webcams is the Mountain City Webcam, sponsored by Redden Realty. Check it out to see some amazing, long range views as well as deer, wild turkey and more.

Here are some photo shares and some Notables…

For the second time in the last two major snowstorms, Ober Gatlinburg just missed some deep snow. Over the last 24 hours, the weather station positioned at 6345 feet (7.4 miles from the ski area) saw 12″ of snowfall, while the ski area picked up 2.4″. It is ALWAYS about elevation. 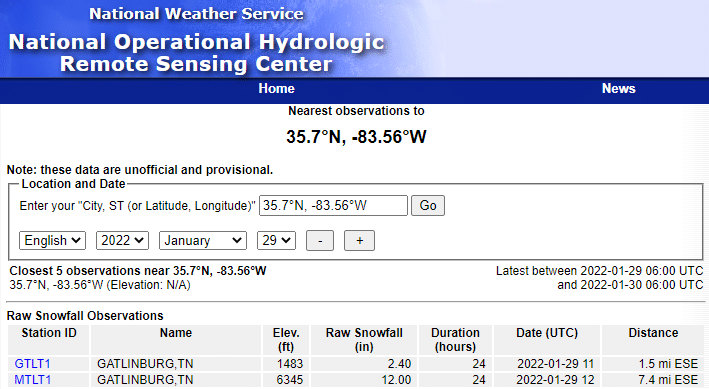 LOVING THIS FROM WINTERPLACE RESORT

That will do it for me today. Thanks to Matt Laws for rescuing me and handling the snow report for the last two straight weeks, including both weekends. Some anniversary plans and a little “blip” in life caused me to miss last weekend. Thanks again. I also loved Brian Dix and Rudy Ryback’s posts this week. Very good reporting guys.

Previous Post
Snowfall Totals Around the Ski Mountains of the Southeast for January 29, 2022
Next Post
SUNDAY WILL BE ANOTHER GORGEOUS DAY ON THE SLOPES