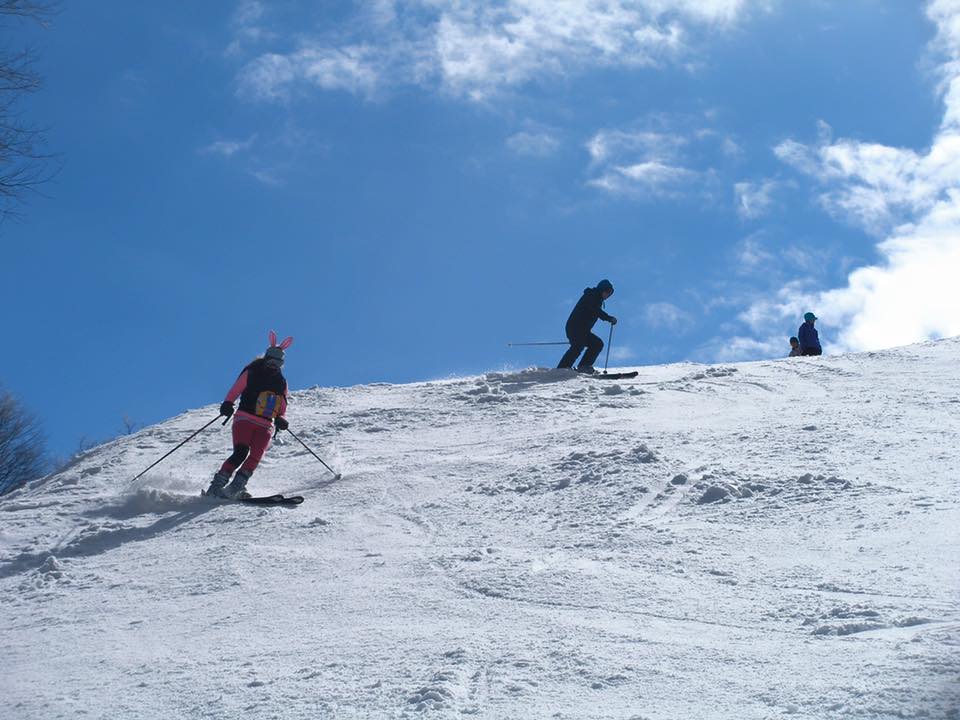 What a weekend!  Not just at the Ski Southeast Summit but at every ski area in the region!  The first weekend of March went down as a fantastic one for sure.  Hopefully you were able to get out and ride on Saturday and Sunday as the week ahead looks to see a significant warmup.  I’ll talk more about that in a minute.

First, I’d like to thank everyone at Snowshoe for having us this weekend.  Frank DeBerry and David Dekema are awesome.  The weekend couldn’t have gone any better.  We had a great turnout, conditions were awesome, and it snowed every night I was there!  Literally every morning I would wake up and head to Starbucks in the Village there was a new layer of snow on the ground.  Loved it.

I usually only make it up to Snowshoe once a year and it’s for this event…and I never leave disappointed.  The same goes for this year.  My girlfriend and I had an absolute blast.  Every morning we were there we woke up and stepped out onto the balcony to this view.

Now this is a view to wake up to.

That would get me energized before I even had my coffee.

For me, the culmination of the weekend was First Tracks on Sunday morning.  That’s always my favorite part of the event and yesterday was no different.  We had our largest turnout for it by far with lots of new faces.  Camp 99 was absolutely amazing and the first run down I don’t think I made a single turn thanks to some amazing grooming. 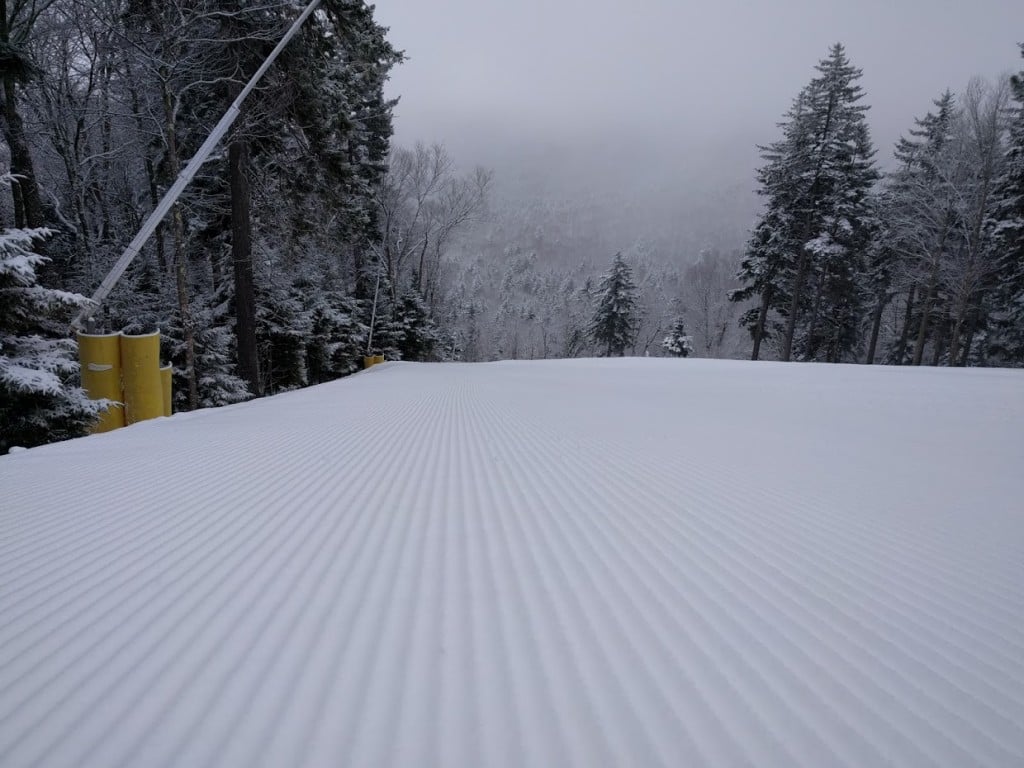 I made a little Instagram edit from the morning.  Hover over and click on it to play.

First Tracks was awesome this morning @snowshoemtn! Probably our biggest turnout for it ever!

There’s also a trip report on the messageboard that I’m sure will have a ton of pictures in the coming days.

While the skiing and riding was amazing, it was also a pleasure to meet up with everyone who visits the site on a daily basis.  Davidski puts it best…

“I did get some pretty good people pictures, and isn’t that what the summits are all about?”

Mike has a bunch of video and I have more pictures, so we’ll probably post a video edit and a photo gallery later in the day.

Outside of our event this weekend at Snowshoe, it was an amazing weekend as well at all of the other ski areas in the region.  It was a bluebird weekend for many and there was even some light snow mixed in on Thursday and Saturday nights.  It doesn’t get much better than that!

Here are a few social media posts from the resorts that highlight how good it was.

Sorry for the social media overload.  There are a ton of posts over the weekend though from the resorts so you know it was a good one.  Their social media managers were very busy!

Spring doesn’t officially start until March 20th, but Mother Nature doesn’t pay attention to no calendar.  As I’m sure many of you are aware, this week is going to see some WARM temperatures.  We have had a very good couple of months where anytime it did get a little warm it didn’t last long.  Unfortunately, that isn’t the case this time.  The latest temperature outlook from the Climate Prediction Center shows what I’m talking about.  Click on each to enlarge.

We are a week into March now so this is expected, but that doesn’t make it suck any less.  We’re going to see a couple of the ski areas hit the 70 degree mark this week…multiple times.  If spring skiing is your thing, then you are going to LOVE the next week or two.  I’m headed to Tahoe on Wednesday and will be gone for through next Monday, but I’ve already got an eye on a couple weekends of slushy park laps at App to finish the season.

Looking at the calendar, we still have 26 days in the 2016/2016 season though as Appalachian Ski Mountain closes up on April 2nd this year.  There’s still plenty of time to get some turns in this year and all of the resorts are sitting pretty right now in terms of base depths and trail counts.  We did have our first closure this weekend though (Sapphire Valley) and I have a feeling we might see another one close up this weekend, that being Wolf Ridge.  They are closed Monday to Friday this week with an eye towards they weekend where they will only offer day skiing.  It wouldn’t surprise me at all to see them pull the plug come Sunday afternoon.

A couple of other late season schedules that are worth mentioning…

If you do have any trips planned for this month make sure to check out whatever ski area you’re going to’s website or call ahead.  That or just check in with us every morning as we’ll keep you updated on things as the news comes out.

Back to the grind…enjoy your Monday!

Previous Post
DON’T BLINK, IT COULD BE OVER WITH QUICK!
Next Post
Time to Get Your Goggle Tan On