DON’T BLINK, IT COULD BE OVER WITH QUICK! 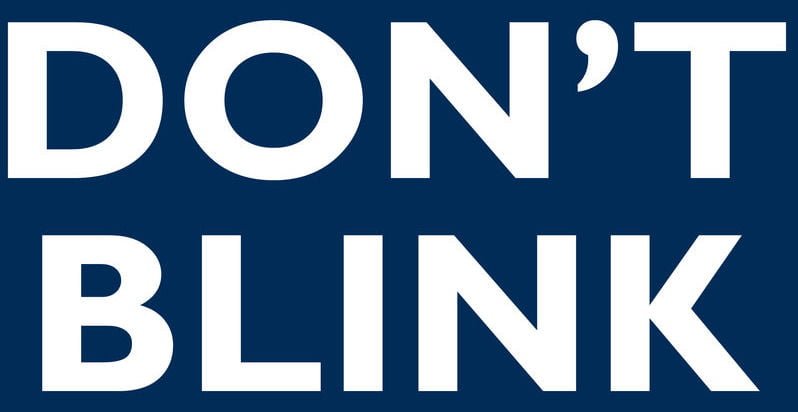 This is the time of year I dread. I know the end of the ski season is nearing, despite the fact there is still tons upon tons of snow on the slopes at every resort in the southeast. But as I look out my front door, those darn daffodils have popped up out of the ground. Unfortunately, that only means the ground is getting warmer here in West Virginia, so I can only imagine what is happening further south. Oh woe is me, and it seems like the season just got started.

I have started to hear from some resorts about their upcoming closing dates and as the case usually is in the southeast, the majority of the resorts are going to be closing not because of the lack of snow, but due to the lack of people. You see, what use is it to run a lift if nobody is riding it. That’s a lot of wasted electricity and manpower and with most resorts still smarting economically from this season’s late start, well it doesn’t take a brain scientist to understand, there is just no sense in beating your head against the wall. Bottom line, no skiers or snowboarders equals a closed resort.

Now you ask what can you do to stop this phenomenon that not only seems to happen every season, but it does at every ski resort from Tennessee to Maryland. First off, you make that last trip of the season to your favorite ski resort or even try a new one, because you still can. I read recently here on First Trax, that Mike’s daughter Carrigan snuck away from the campus of Virginia Tech with her boyfriend and made some turns at Winterplace Ski Resort, her first visit to the West Virginia ski area. If only 10 or even just 15 percent of the avid skiers in the region would try a new resort, especially in March, just think how that would help the southeast resorts to stay open maybe a week longer.

For heaven sake, don’t even start to try and tell me that it is too cold to go ski. As I write this week’s column I am see temperatures in the forecast approaching the upper 50’s to low 60’s at some resorts. Folks, if you don’t realize it, that’s some fine spring skiing conditions. Instead of those two, three or even four layers you have to wear at times in January and February, a nice light shell will be the order of the day or even, believe it or not, just a t-shirt. Just do me a favor and remember to put that sun screen on when you hit the slopes, the sun is getting higher in the sky for a longer period of time and the snow reflects those rays, so I am just trying to prevent for you, your first sunburn of the year.

What this all means is basically again this year if we start to hear complaining of why resorts are pulling the plug on the season and you are doing the complaining from the cushy confines of your home, shame on you for not making that final trip to your favorite resort. Folks that’s what it takes to make the bull wheels turn, people on their skis and snowboarders letting gravity be your friend.

Seriously (as my now 12-year old son and new skier this season would say) what more does a skier and snowboarder want, most complain about hard packed conditions (ice), you don’t have any of that this month, most complain about the snowguns dropping snow in their face, you don’t have any of that this month and most (at least the ones without those ridiculous season passes out there now) complain about the price of a lift ticket and those prices have been slashed drastically this month. I just don’t want to hear it, just don’t go there, because I am not going to listen, just not going to do it.

You can’t say skisoutheast.com doesn’t do its part to help out the spring skiing situation. Again this year I missed the annual Snow Summit conducted by said website. I always tell Mike and Kenny this is going to be the year and maybe in the very near future it will happen, but when the summit falls on my boy’s birthday weekend as it has on every year but one (we were there), well you can figure out how that story ends. But there is hope because as I was told on our last ride back from Winterplace Ski Resort at about 10 pm on the interstate, “daddy, skiing is now my new favorite sport.” This from the same kid who today in Charleston, West Virginia came in 12th overall in an open 5k race that feature an almost mile long uphill climb. So hearing him make that profound skiing statement warms this old snowboarder’s heart, may I say.

What that means is we are headed out for one more trip to the slopes, yes I am going to show him the joys of how making those final turns of one season just makes you even more hungry for the next season to begin. I know that to be the case for the majority of the skiers and snowboarders out there, so I suggest checking those resort cams out today and figure out where to pick your poison. What you will see may amaze you, there is plenty and I mean plenty of snow in those mountains, but check the snow report of your favorite resort here on this website before you go, just to make sure you know what you are about to get in to. But don’t blink, it could be over with quick.