Snowshoe Mountain Made Snow on Saturday! See why! 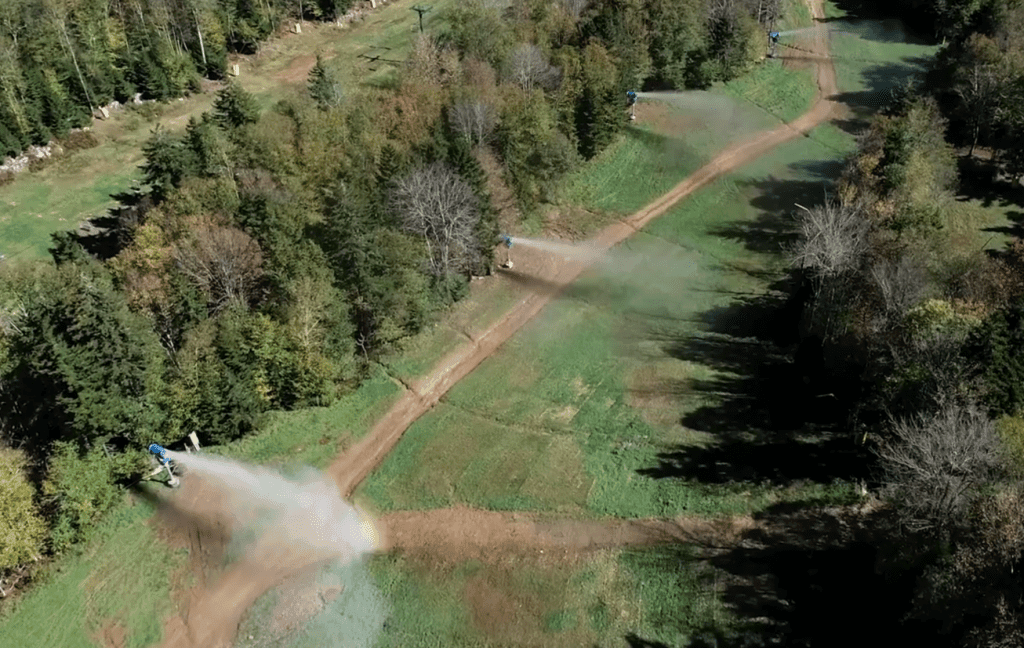 The photo of the day (at the top of this story) is from Snowshoe Mountain’s Facebook page where they made snow. Being a tech-guy myself, I love me some technology, especially when applied to my person passion – everything skiing, snow our ski areas of the Southeast and mid-Atlantic.

Hats off to the marketing department at Snowshoe Mountain, capably led by Heather Ransom and Rachel Fanning. I also know that Kurtis Schachner is part of their film team so I’m doing a little bit of speculating this morning by crediting all of them for the great video of those snowmaking efforts on Saturday.

I have to tell you that I was watching the video (shared below) the music behind it had me ready to invade a foreign country! The drone footage was cool as hell and just hearing the roar from those fan guns was awesome.

Watching the tech that is available to Snowshoe’s mountain ops was cool at the beginning of the clip.

Why Were They Making Snow?

Our own, Joe Stevens addressed that earlier this morning in his “Snow News is Good News” column. Go check it out and find out why. Click here.

Expect to hear the roar of snowmaking equipment at your favorite resort soon.

We Were at Sugar Mountain’s Oktoberfest on Saturday…

It was chilly on Saturday with temps holding in the mid 40s all day after a pretty cold night. This was the first burst of really, chilly air so the leaves have not done much in the way of changing color. Usually by this date in October we are close to peak, but not so on this particular “leaf gawking season”.

Here’s a raw pull of some of the “footage” we captured.

It was a gorgeous day really and perhaps the best part of it was savoring Bratwurst that Gunther offers up at this annual event. I could eat my weight in that stuff. Of course, I had to down it with a couple of dark ales. 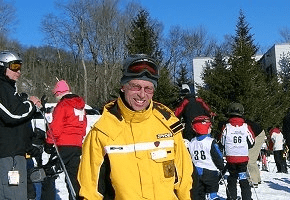 It was great to run into my buddy Len Bauer, the long-tenured Ski/Snowboard School Director of Sugar Mountain. Len’s been in that role at Sugar for this his 27th year although he’s been teaching at Sugar for 33 years. 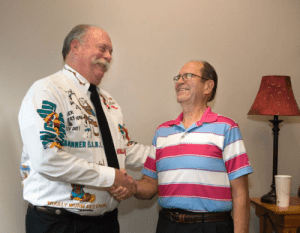 Jason Dewitt on the left shakes hands with Roy Krege. Photo shared with permission by HighCountryPress.

I also ran into Jason DeWitt, the “Wooly Worm Dude” who is known as one of the “three worm-a-teer” – Tommy Burleson, Roy Krege and Jason.

Roy recently retired and thus Jason is taking over promotions and announcing at the Woolly Worm Festival.

Jason was dressed in official Woolly Worm attire and passing out Woolly Worm stickers to promote the event which will be held next weekend, October 20th in Banner Elk. We will be there filming and flying the drone as usual and Jason invited me to go up on the firetruck boom to get a bird’s eye view of things. 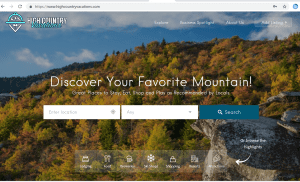 If you have anything to share with me personally, do so at [email protected] and in the interim we invite you to visit the new www.HighCountryVacations.com