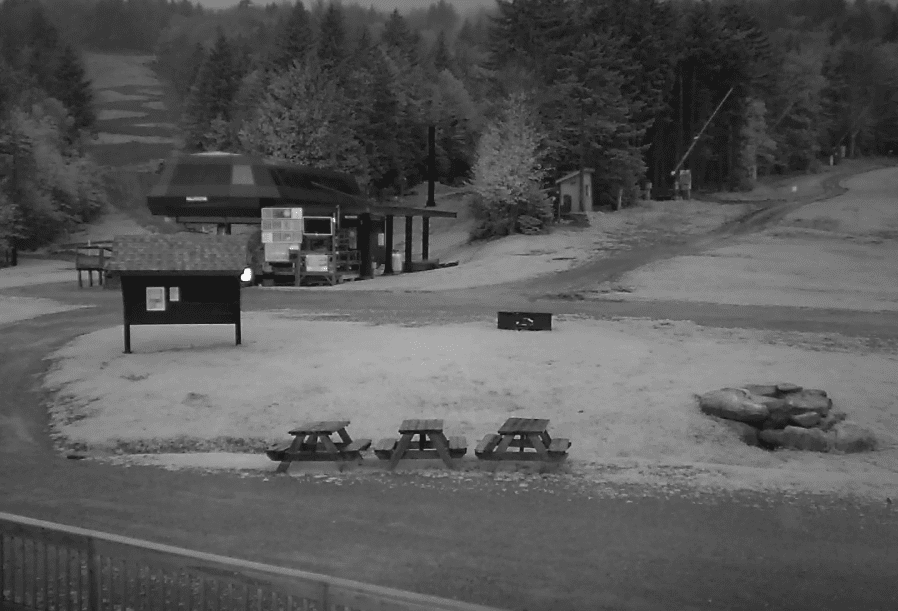 So my cross country running son says to me Saturday morning (October 13), “What’s up with the weather? Last week I am racing in 84-degree temperatures and just a week later it’s 40-degrees colder. Doesn’t she (mother nature) know, fall is between summer and winter?” Then I quickly get a follow up comment from him, “Hey that means I am going to be skiing soon.”

Regular readers already know, we live in Scott Depot, West Virginia, which is located between Charleston and Huntington, right off Interstate 64. We are about 90-minutes from Flat Top Mountain where Winterplace is located, about 3 hours from the top of Snowshoe Mountain and about the same distance from Canaan Valley. I am just mentioning this, because when it’s 40-degrees here, there is a darn good chance that snow may be falling in the mountains, if moisture is in the air.

Well folks, that’s exactly what occurred on Saturday, as the first measurable snowfall of one-inch was recorded at Snowshoe Mountain. Some of you new comers to the great sport of snowboarding and skiing may be asking, why is everyone jumping up and down about an inch of snow, well you have a little bit to learn.

You see, those of us who love to play in the snow, understand it takes more than an inch of the white stuff to allow us to strap on the equipment and head downhill, but what it does is create a sense of anticipation of bigger and better things will be occur in the very near future.

To emphasize the point of excitement, I shared a couple of stories about the snowfall on the West Virginia Ski Areas Association’s Facebook page. One was from a link to one of Snowshoe Mountain’s web cams, located on Skidder Slope and a story shared by WDBJ-TV in Roanoke. To my amazement it only took about 20-seconds for the first like to come back to the ski areas’ page (which I manage). Then another one and then the first share of the story took place.

That’s how it went most of the day, notices popping up that, readers were enjoying the fact that the first registered snowfall was occurring. Even the National Weather Service in Charleston took notice, sharing the same web cam shot that I did on the ski areas page. But the weather service did it one better with some nice-looking weather maps, explaining why the snow was falling in the mountains. To tell you the truth, I don’t know if anyone got past the pictures and if they really cared why it was happening, they were just pleased it was happening.

For the 16-seasons I worked in the Communications Department at Snowshoe Mountain, when the temperature in the forecast was going to head south of the freezing mark, the sound of snow guns might be heard. I had to know if that was the case again on Saturday at Snowshoe. I called the resort’s operator and confirmed that yes, snowmakers were out on the mountain making the first snow of the season.

Okay, I hear some of you asking, why in the world would a resort make snow, when the temperatures were going to rise in the days to come and everything was going to melt. Well, I don’t know about you but have you ever tried to dig dirt when it is frozen. I am here to tell you that it’s not the easiest thing to do.

So that is why the snowmakers were putting water and air through the snowmaking system on Saturday, to test the system and see if there are any leaks, which could be taken care of now and not when the temperature was around zero and dynamite was needed to help break up the ground.

Every resort in the southeast region make some type of upgrade on their snowmaking system, so don’t be surprised if you hear of a resort in your state crank up the guns when the temperature drops around freezing this month. By the way, when I checked with Snowshoe Mountain operations on Saturday around noon, the outside temperature was right at 32-degrees. I didn’t ask what the wet-blub was and I will leave that out for another upcoming column.

Sometimes I am amazed just how fast the word spreads throughout the winter sports community and though I am surprised, I probably shouldn’t be. After I confirmed that yes, Snowshoe’s snowmaking system had been cranked up for some testing, I called one of my closest friends in the industry and that being Tom Wagner, Executive Vice President of Winterplace to let him know what was going on at Snowshoe. Well I basically gave Tom some old news as the word had already spread quickly throughout an outdoor show he was attending in Roanoke, Virginia. You just can’t keep a good story quiet in this industry. 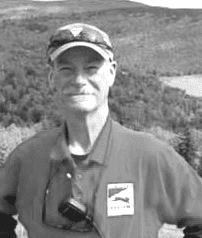 Finally, this week I wanted to say the industry had lost a true ambassador. Longtime Ski Patroller, Jeffrey “Jeff” Jay McKelvey, passed away recently and is now patrolling the slopes in heaven. It seemed for Jeff there was never a bad day patrolling the slopes and helping keep everyone safe while enjoying the winter sport. On Saturday a memorial service honoring Jeff was held at Snowshoe’s Chapel. You know as I write this part of this week’s column about Jeff, I just think it was ironic that the season’s first snowfall occurred on the same day of his memorial service. RIP Jeff.

Sometimes it takes a loss to make you realize that good things you have in life and that another day will come, and maybe, just maybe, we won’t worry about that bad thing that’s happening in one’s life and just stop and enjoy the snow.

Previous Post
A Gorgeous Day to be at Sugar’s Oktoberfest
Next Post
Snowshoe Mountain Made Snow on Saturday! See why!