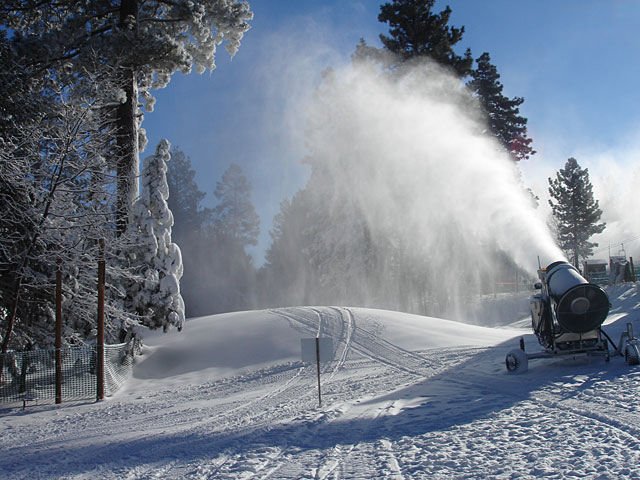 I kid you not – the temps out west were in the below zero and single digits all week with the “warmest” day being an 11° high. Yet LAST NIGHT, here at Snowshoe it was around 7° and I was C-O-L-D brother. Part of it was that it was a bit breezy, but not bad really. Maybe it was the humidity. Whatever – it was cold.

I was telling some of our friends at dinner last night (in the Village of Snowshoe) that NINE of my last TEN FirsTrax mountain blogs AND my updates of the snow reports for the resorts of the Southeast and mid-Atlantic have been handled “on the road”. Eight of the previous nine updates were done from out in Colorado and this morning’s report is being updated from Snowshoe Mountain in beautiful AND COLD – West Virginia.

I’ll elaborate more later in the day or perhaps tomorrow by I’m doing MY PART to participate in the LEARN TO SKI and SNOWBOARD MONTH and the BRING A FRIEND TO THE MOUNTAIN month.

A couple of weeks ago I introduced a young man to his first day on the slopes at Appalachian Ski Mountain. He enjoyed it SO MUCH that I was able to get him and his dad and a couple of others to go and ski their first times ever at Wintergreen Resort this past Thursday.

Last night I had the pleasure of “Bringing a Friend” to Snowshoe Mountain for HIS first time ever in skiing in West Virginia. He and I skied night skiing at Silvercreek last night and while it WAS COLD, it was awesome. We did laps on Fox Chase and a couple of other slopes and it awesome.

I can’t wait to show him, his wife and young daughter – the amenities here at Snowshoe today. I’ll talk more about that later.

If you’re noticing a lot of new ads and video commercial content all over the website these days, that is because West Virginia’s Department of Tourism has jumped on board with SkiSoutheast.com as a major sponsor. Thanks to Amy Shuler-Goodwin and her department for working with us this season. We look forward to doing more with them during the whitewater, hiking and biking season as well.

If you have never BEEN to West Virginia – by God you need to check out the snow sports resorts that dot the state.

SPEAKING OF THE VIRGINIA’S… 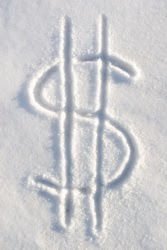 I’ve been asked more than a few times by long time visitors as to why we seem to be “favoring” the Virginia ski areas. That’s simple. The West Virginia and Virginia ski areas are devoting more of their ad dollars to our “cause” than those resorts outside of West Virginia and Virginia.  That’s kind of like asking your NBC television station why they favor Chevrolet commercials more so than Buick.

It’s all about commerce.

We try like heck to be equitable with our reporting (and I think we are) but when it comes to talking up resorts, it’s only natural to talk up those resorts that not only recognize what we do here…but support it well.

…and THANKS to ALL of the resorts for supporting what we do and to those resorts that do so with a bit more gusto. Commerce is why the Budweiser commercials show FIRST on the Super Bowl commercials.

NOW TO THE TITLE OF TODAY’S BLOG…

I truly hope that this is not going to be a trend. If you check out the snow reports of all of the region’s ski areas, you’ll note that three resorts are now reporting Machine Made snow as NEW SNOW… Did they meet up and decide to do this?

Did they ALL talk about it and just MOST of the ski areas abstained?

Maybe it’s because there’s been SO LITTLE in the way of natural snow AND with the temperatures not allowing much in the way of snowmaking in all of December – they decided to draw more attention to manmade snow by reporting it as NEW SNOW.

Whatever the reasons, I hope that our resorts will not continue to report it that way. If that trend continues then I hope that at least all resorts will create TWO COLUMNS for snow reporting and then report it as “NATURAL SNOW: 2” and “MANMADE SNOW: 3″ or something of that nature.

Check the SNOW REPORT for SLOPES and TRAILS open and other details. Today we’re talking cold temps and snowfall – THE REAL KIND…

Timberline Resort | -6° and 3″ of new snow and 53″ of natural snow on the season. Our man Tom Blanzy and his crew are enjoying the best conditions of the season RIGHT NOW after snow has fallen all week long. 19 trails are now open.

Winterplace Resort | 4° and a TRACE of new snow and 18.5″ of snow on the season. Winterplace has EVERYTHING open with the lone exception of their Panorama Terrain Park which makes it 26 of 27 trails open.

Beech Mountain | 5° and no new snow and 30″ on the season. Beech has made tons of manmade snow and they have OZ Open now and that takes them to 14 of 15 trails. All is open except UPPER White Lightning.

Wintergreen Resort | 3° and 8″ of snow this season. Wintergreen is looking as great as they’ve looked in a couple of seasons and now have everything open except Big Acorn, Outer Limits and The Main Terrain Park. That takes them to 22 of 26 trails open.

The Homestead | 4° and 8″ of natural snowfall this season.

Appalachian | 6° and no, new natural snow and just 7″ on the season. However App IS enjoying the best conditions of the season with everything open with only Appaljack not open. App has started doing something kind of interesting with their snow report since natural snow has not been in abundance. They are now reporting how much manmade snow they’ve laid down. As an example, they report:

Sapphire is taking Appalachian Ski Mountain’s lead with reporting MANMADE SNOW DEPTHS in 24, 48 hours. Sapphire is reporting 18” of “NEW SNOW” in the last 24 hours. Actually that is MANMADE SNOW…

Bryce Resort | 5° and THEY TOO have MANMADE SNOW showing up under the column that states “NEW SNOW”. They are reporting 12″ BUT AT LEAST THEY DO add that it is 12″ of Manmade Snow”. Bryce is 100% open now and should enjoy their best conditions of the season. Bryce has seen 14.5″ of natural snow this season.

(Not sure I’m a fan of that reporting “tweak” that seems to be catching on. App DOES report it as MANMADE SNOW while Sapphire is going simply with “New Snow”. MAN I WISH we had 18″ of new NATURAL SNOW!

A couple of years ago Sugar was the first ski area in our region to report “Packed Powder” with NO NATURAL SNOWFALL. Packed Powder had always been considered a NATURAL SNOW event. We tweaked their report to say “Manmade and Packed”. We’re kind of old-school in thinking that “Packed Powder” should be of a natural variety.

Wolf Ridge | 7° and 7″ on the season. Wolf gets Upper Streak open today and they will continue to build up through the day.

Ober Gatlinburg | -3° is what they’re website is showing. We have weather data reflecting a 13° reading, so maybe they have something new up top and that’s great because it IS much colder at the top than anywhere else on that mountain.  Ober is looking the best they looked all season with 7 of 10 trails operating.

Previous Post
Wintergreen Resort Gives Back Year Round
Next Post
Saturday was an Awesome-day…and Sunday Should be Even More So.