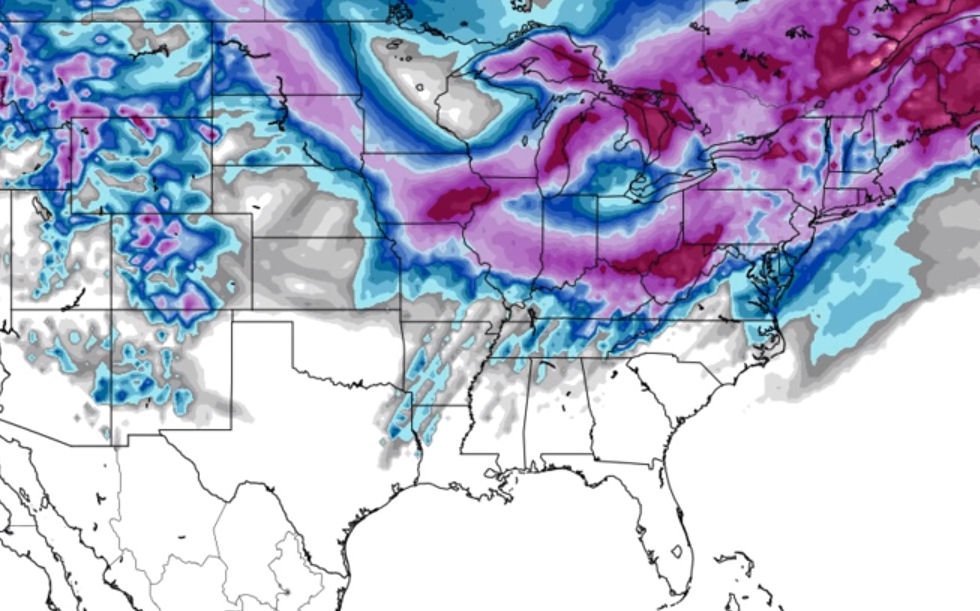 January has been a wet month, whether with snow or the under-developed kind. Since January 1st, areas like Snowshoe, Timberline and Canaan Valley have all seen 21-24″ of snowfall. Beech Mountain and portions of the NC Mountains have also seen a foot of natural snowfall. So it has been a good month in that regard.

It has also been wet with the kind of moisture that we don’t want much of during our winters here in the Southeast and mid-Atlantic – rain (or under-developed snow). I was able to see some archived data for the month thus far – for several of our mountains and many have seen over 3″ of rain…along with the natural snows.

Wednesday was another raw, wet and windy day. That continued throughout the night last night and thus far on this Thursday morning (January 24). However, we are now going to see some transitioning back to colder temps again with some snowfall coming on the heels of all this moisture…maybe 2-4″ in some areas.

The better news is that we will now most likely several bursts of snowfall with the WV mountains possibly seeing a bit of snow within four or five of the next six days.

As importantly, we will see very cold temperatures tonight and continue through Sunday with snowmaking temps and opportunities around the clock for several mountains. That will (again) quickly address any issues on the slopes that have surfaced due to the rains of the last 24-36 hours.

So if you have a trip planned for this weekend, you are in luck and conditions should be spot on. If you don’t have plans, you need to get your rear (and your gear) together and make those plans. Conditions and weather should be awesome for this weekend…and you’ll probably see a little natural snow as well.