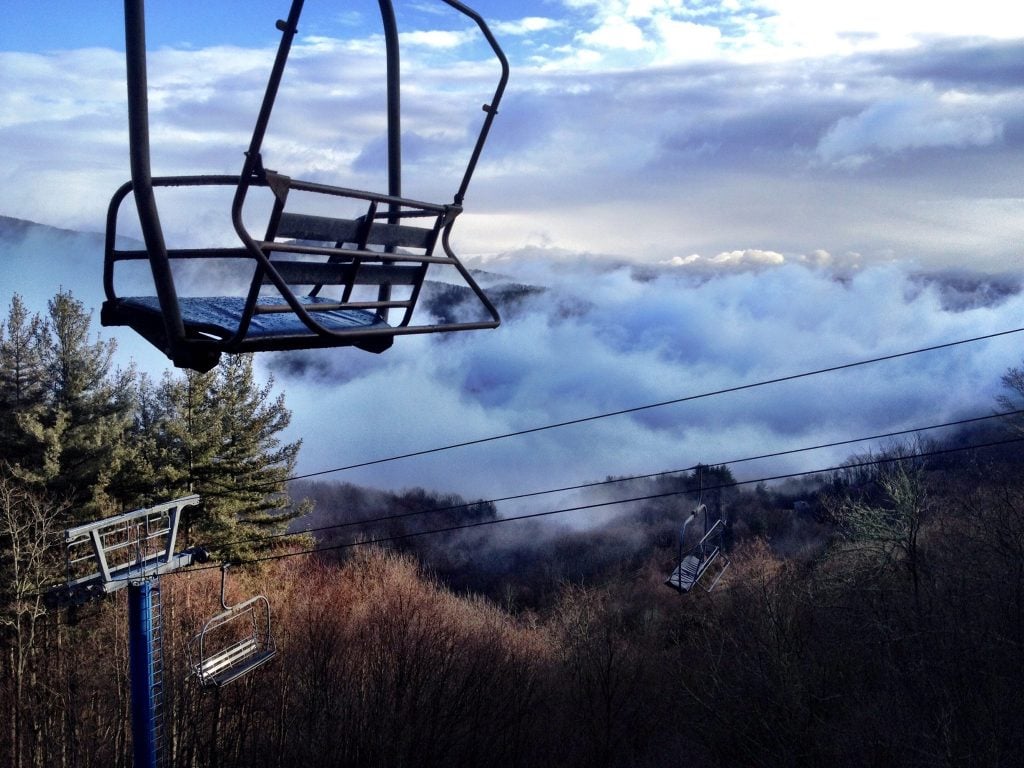 Today’s post is going to be a little short as there isn’t too much to talk about this morning.  The weather isn’t all that great and there just isn’t much going on right now as we only have six open ski areas as Sugar Mountain closed for the season yesterday.

Temps this morning are already running on the mild side.  The rain is over for the most part (for now) but there is a bunch of grey skies and some fog.  The open resorts are in the 40’s and 50’s and for the most part they’ll all see the upper 50’s and even low 60’s today.  The only exceptions are Snowshoe and Wisp where the NWS forecast is now only calling for highs in the 40’s.  Something drastic much have changed as the forecast yesterday morning showed a high in the 50’s today for both. 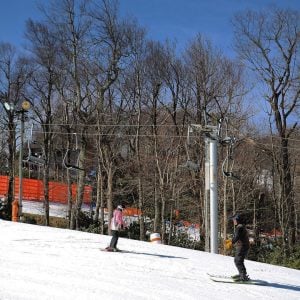 Outside of that part of the region, it’s going to be very warm at the other resorts.  Down here in Charlotte, we’ll be pushing 80 degrees and if people off the mountain hadn’t already forgotten about winter, they will after today.  A few resorts are mentioning “granular” and “variable” conditions on their snow reports which is probably a very accurate description right now.  The rain definitely had a noticeable effect on some of the resorts’ bases.  I’m seeing more prevalent brown snow this morning and some thinning of trails on the webcams.

We’re still on track for cool/cold temps tomorrow and Thursday, so the snow should firm up and those granular conditions should disappear for a few days before returning for the weekend.  There might be some light showers tonight but nothing too crazy.  I say that but there might be some storms down Cataloochee’s way.  Hopefully it’s nothing too severe and they can make it through without the snow getting too damaged.

Other than that there’s not much else to say other than we have six open ski areas and it’s the final week of the season, so get it while you can.

Cataloochee continues to offer discounted pricing on season passes for next season.  They had their One Day Big Pass Sale back on March 5th, but they’ve continued the sale for a few weeks now.  Up until March 26th you can get a season pass for $479, or $151 off the regular rate.  They also offer a Weekday/Night pass for just $219.  Not bad.

Here’s an interesting article on the new Chief Operating Officer/Chief Financial Officer at Timberline, Al Tomson.  He was appointed earlier this season and the Herald Dispatch now has a nice profile on him.

Like I said, a short post this morning.  I’ll continue to keep you updated all week long though as we only have 6 days left in the season!  Crazy.  There’s at least one ski area open right now in North Carolina, Virginia, West Virginia, and Maryland so wherever you are there still some open slopes near you.  The snow is calling!

Previous Post
The Final Week of the 2016/2017 Season is Here
Next Post
Hump Day Brings Cooler, Even Cold, Temps Back For Now