Hump Day Brings Cooler, Even Cold, Temps Back For Now 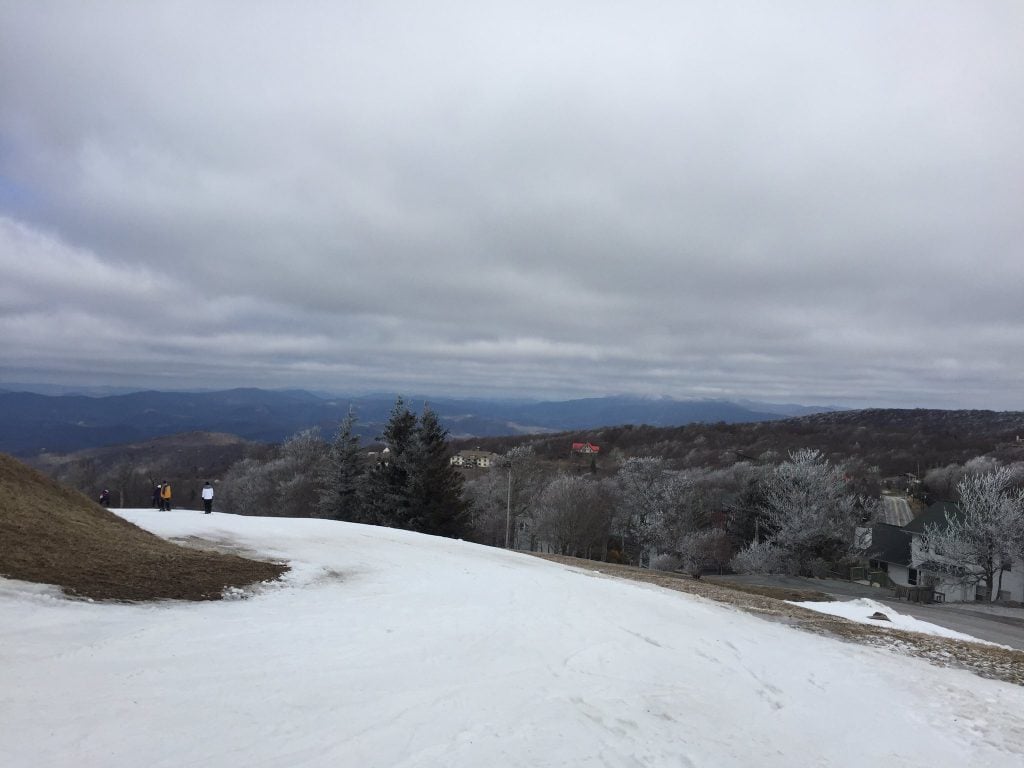 Halfway through the work week and colder air has returned after yesterday’s warmth, which was mainly confined to everywhere outside of West Virginia.  The weather station atop Beech almost topped 60 degrees yesterday while Bryce Resort in Virginia hit the upper 60’s.  Cataloochee in southwestern North Carolina actually made it to the 70 degree mark.  The Cat also saw some storms move through last night and that appears to have taken a toll as they are down to 5 slopes today and only open to the 3/4 station now.

Snowshoe and Wisp in the northern half of the region managed to stay in the 40’s so the snow should have held up better for those resorts.  Wisp is down a couple trails today though and now stands at 5 open slopes.

Temps this morning are much, much cooler.  Cold even.  Snowshoe is the cold spot (for the remaining open resorts) at 21 degrees while Wisp is at 22.  The forecast for them shows temps that remain below freezing all day.  Everyone else is in the 30’s right now and will prob hit the 40’s.  The cooler temps today will definitely help the snow conditions as it shouldn’t be too slushy out like it was yesterday.  I’d imagine it was like skiing on a snow cone at some resorts yesterday.

The really cold temps arrive tonight and everybody should dip below freezing.  I mentioned the other day how I thought Appalachian Ski Mountain would make snow and sure enough, that’s the case.  They announced yesterday about the 100% chance of snow tonight.

Kudos to them for doing this in the final week of the season.  Gotta love the commitment to providing the best possible product for guests.  That’s also probably a good call on moving the opening date up to Saturday, as Sunday looks nasty right now.  It also means I could do the pond skim now.  Hmmmmm.

The only other resort that I could fathom making snow tonight is Snowshoe.  They didn’t do so last night though, but then again it doesn’t looked like temps dropped below freezing until around 5 or 6am.  Whatever they do, the mountain looks in amazing shape for late March so they are probably fine regardless. 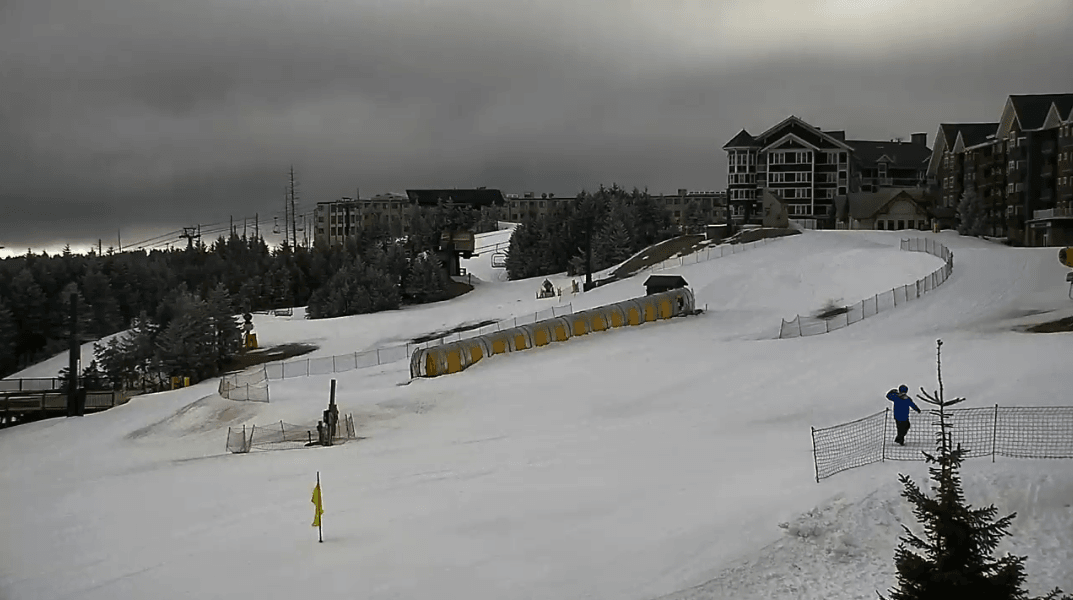 Snowshoe looks good this morning, especially for late March. This is better than what it looked like at times in January and February!

March For the Win

It’s Wednesday which means another look at some weather stats.  I’ve done this a few times this season now as I’m a weather geek and I think it gives some perspective on this wacky winter.  Today we’re going to look at what temps have been like in March thus far.  It’s been relatively cold and to be honest, it feels like one of the better stretches of weather we’ve had this year.  Welp, the numbers back up that assertion.

Let’s start at Snowshoe, where records go back to 1975.  The average temperature for March is usually 30.8 degrees.  So far this month we’re coming in at 24.9 degrees.  That figure right now ranks as the second coldest March for them in 41 years, trailing only 2013.  Even crazier, it’s much colder than December, January and February all were.  December had an average temp of 25.9, January was 28.1, while February averaged 30.6 degrees.

Looking at Beech Mountain, where records only go back to 1991, and we see a similar story.  As of now, the average temperature for March thus far has been 30.3 degrees.  The average is 34.9, so once again we’re coming in significantly under average.  Also once again, March has been much colder than December, January, and February were.  December averaged 33 degrees, January averaged 33.9 degrees and February came in at 36.3.

So yeah, March has been as good as we all thought it was.  We’ve seen cold and snow for everyone in the region.  As the data shows, it’s actually been the coldest month of the season!  Who would have thought that would happen in March?  Not me.  What a weird winter.  We are going to see these figures change as warmth is in the forecast for the weekend and next week, but it’s still impressive to see.

I’m done rambling for today.  Everyone enjoy your day and keep checking back all week for updates.  And make plans to get some skiing or riding in!