This season has been…odd to say the least. In the best way possible, I suppose. The east coast has been getting pounded with snow, while the west has struggled until the last couple of weeks. I’ve skied more pow on the EC than in the west.

Beech Mtn has seen 21 inches of snow in the past 48 hours, on top of a base snowpack that has coated the mountain. On the way into the parking lot, I noticed a particularly tasty looking powerline cut coming down from the top of the mountain- when MBlacky and skiatlanta showed up, they confirmed the tasty looking nature of said powerline cut as well.

I am not exaggerating when I say that these could have been early-season turns at any resort I’ve ever been to. Boot-top pow from top to bottom, with very nice sugar up top ranging to crust on the bottom where it had been baked (shaded aspects were still nice).

The first crew was MBlacky, skiatlanta, Ga Tom, and myself: 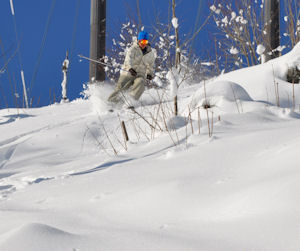 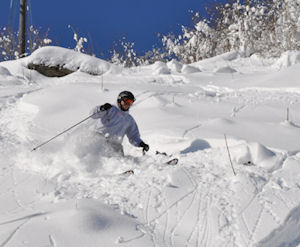 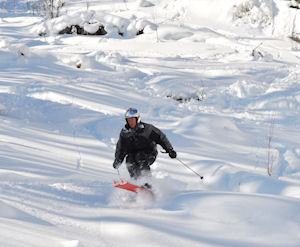 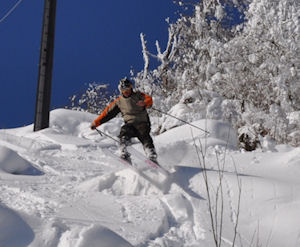 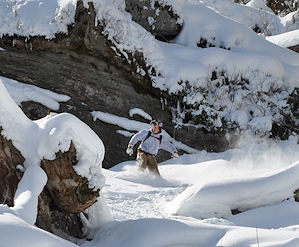 The poweline was absolutely SHREDDED! 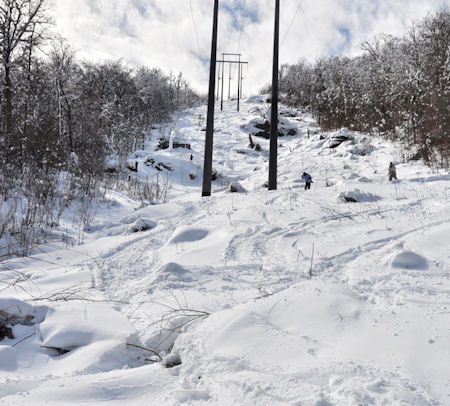