An Ode to NC Mountains 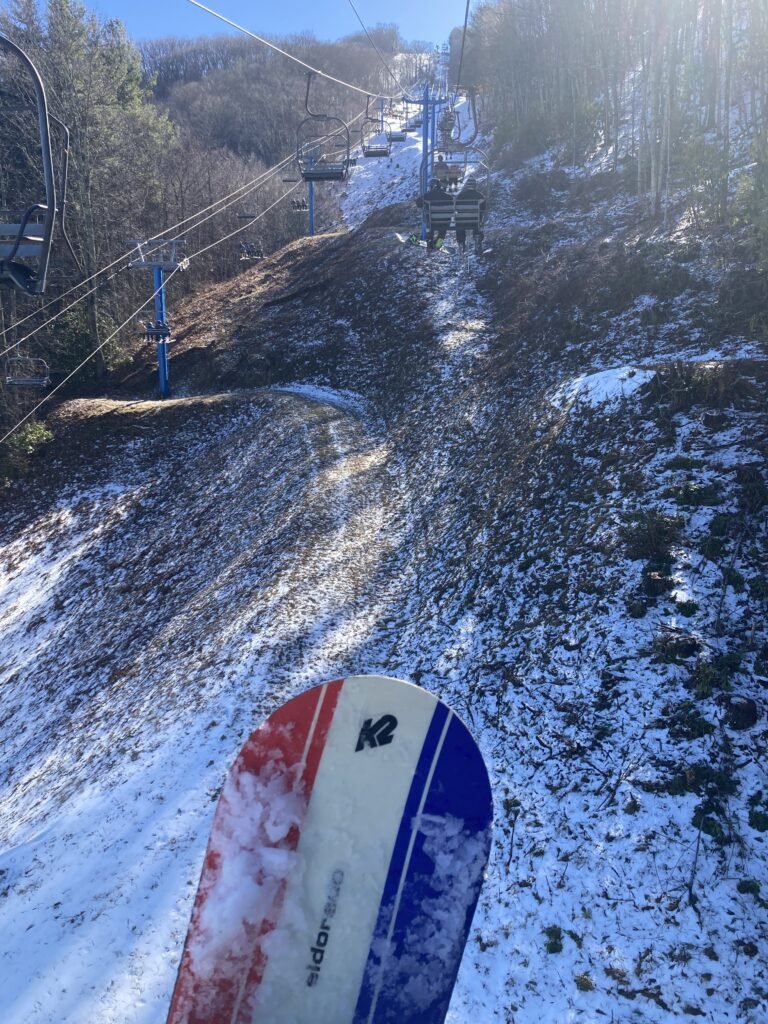 Many times in life we are faced with decisions upon where to live. I started to get that antsy feeling . . . The feeling that there is (still) something bigger around the corner. The question had even been welling-up . . . ‘Am I beginning to outgrow the SE region’? Are the adventures becoming less rosy?

Often when I feel that ‘stir-craziness’ coming-on, I get out-of-town for part of the summer, to refresh the soul. Like a kid with a wild imagination, I pulled out a map last summer and mulled over a couple of locations. With skis/boards packed, I drove my truck to Portland, Oregon (with a stop in Lander, WY to visit my brother).

I’ll be honest, the ability to ski/ride nearly year-round, on Mt. Hood, kept blowing my mind. Skiing on year-round snowfields?!?! Glaciers?!?! I took the bait. After taking a summer job, with the potential to retain work year-round, was just the nudge I needed to relocate to Portland.

Small Fish in a Big Pond

As much I’ve enjoyed the big mountains, you can often feel like a ‘Small Fish in a Big Pond’, once again. If nothing else, it’s humbling and helps me dwell upon the beginners’ experience in the ever-growing ski industry. More snow, more terrain, more snow tires, more avy warnings, it all feels like a different/new world. Don’t get me wrong, it’s fun to go to like six different ski movie premiere’s before October, but it definitely feels like everything is on steroids.

I’ve appreciated the newness and ‘honeymoon-phase’ of a new locale, but would relish a trip back home for the holidays to visit family/friends/mountains. Eyeing the weather, I was psyched to see a COLD front move into the SE region over the Christmas holiday. I booked a flight back to Asheville, and had a hunch I would luck-out. In the last decade I had lived in NC, I knew that this level of cold was rare, and that the best snow-making in the country would be in full-force.

Speaking of pond, playing hockey as a kid was a bright spot in my life and I was excited to get back on the wild ice. Believe it or not, this is more challenging out west as once the lakes/ponds freeze over, they quickly become covered in snow.

A Blast from the Past

I actually chose the oldest board and went full-retro with the 164cm ’96 Eldo. With a choice left-knee right now, on old equipment, I knew I was taking a gamble on either shredding my knee, or shredding the slopes.

Everyone has a Home Mountain

The Indy Pass has been a core ski pass option for about five years now, and continues to grow strong. Based on ‘keeping it local’ and an alternative to the big pass options, it’s been a good fit knowing that you can use it across the country. There are seven ski areas (up from six last year) that have adopted the Indy Pass, in the region. One of those is Cataloochee.

Cat has been sold out the last couple of days, and for good reason. One of the closest resorts to major metropolitan areas (Atlanta, Greenville, Columbia, Charlotte, etc.), I’ve noticed just in the last six months that Maggie Valley is really thriving. A large part of this is the Maggie tourism dept. has been marketing toward these choice cities as a winter recreation destination.

While the ice is all gone now, and the snow-base levels ebb and flow, one thing that is certain is that the stoke is alive every winter in the Southeast, and I’ll be coming back for that feeling.