IT’S NOT OVER, UNTIL WE SAY IT’S OVER – by Joe Stevens 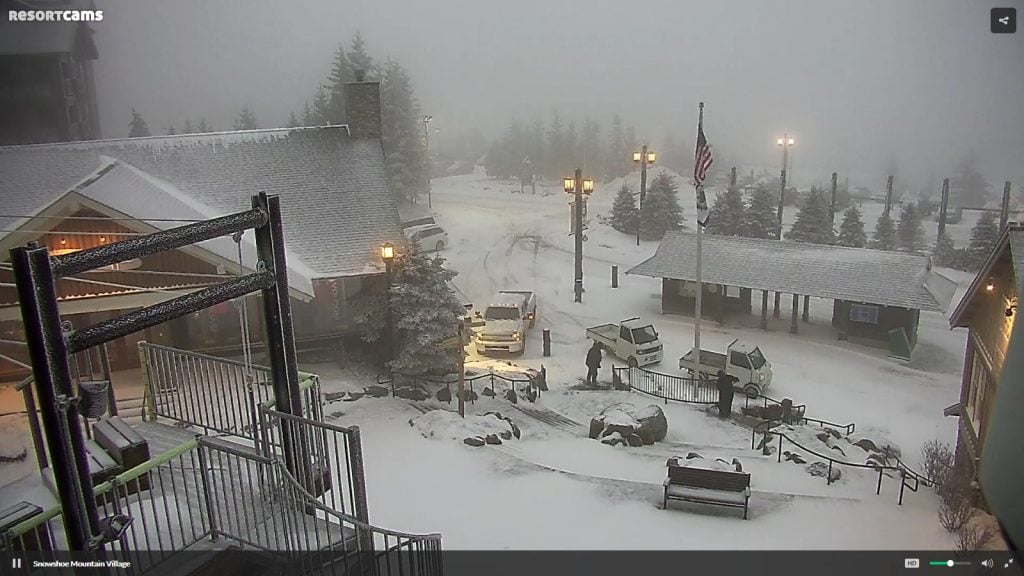 So, have you been paying attention to what’s been going on this past week in the Allegheny Mountains stretching from North Carolina to Maryland? After a winter, which lacked in natural snowfall, over a foot fell in some of the southeast region, providing an excellent cover on the slopes at the resorts that remained opened.

That natural snowfall provided an excellent final weekend for the ski resorts that pulled the plug on the 2016-2017 ski season.  It looks like a handful of ski resorts in the southeast will provide skiing and snowboarding through the final weekend of March.  The best way to keep up with that information is to check out this website’s First Trax report each morning.

Officially spring starts tomorrow, Monday, March 20, but spring-like temperatures have been with us here in the southeast region, off and on since January.  Those temperatures as you well know, while extremely welcomed after March 20, didn’t help a bit in January or February.  I remind everyone of this column a couple of weeks ago, when I heaped a whole bunch of thank yous on the snowmakers and groomers of the southeast region.  Not going to go into that again, other than to say, it was because of them, my son and his friend, along with this old snowboarder got a chance to play one last Sunday on the slopes at Winterplace.

I didn’t hear any cheering in the metro area of our residence in West Virginia as probably the last winter storm came through the area last week.  In fact, there was downright anger as pertains to the small number of flakes that fell and the cold temperatures that came along with the winter storm.  I realize that I am not mentioning the storm’s marketing name, but again, thinking back to a previous column, you realize I will not fall into that trap until the National Weather Service begins to use the name, which they haven’t done as of yet.  None the less I digress, back to the thought at hand, I had more friends worried about the flowers that have bloomed (yes, they were pretty, but in February?) than making another trip to their favorite ski resort. Shame on them.

But the snow did come and yes, we took advantage of it as did every true skier or snowboarder out there.  By the way, did you noticed that some resorts actually made snow this late in the season, which is virtually unheard of these days.  Hats off to those resorts who did so in order to give their visitors the best conditions for the final trips down the slopes.  Seriously, when I read those reports and saw that there was still snowmaking taking place, I said wow, they really mean business. Good for them.

If your favorite resort is continuing to provide you with a chance to ski and snowboard one more time this season, I say, why not give it a chance and make the trip.  That will show that resort that if this situation occurs again (I sure the heck hope not), they know that if they go down swinging and continue to provide the product, enough skiers or snowboarders will make the trip so that the resort can keep the lifts operating at a profit.

Late last week I was interviewed by a television station (one that uses skisoutheast.com’s resort cams quite often) and was asked why more skiers and snowboarders don’t use the live cams to get real time snow conditions.  I really didn’t have a good answer for them, other than to say, it surprises me when I am stopped and asked how the conditions are at the resorts and when I bring the live pictures up on my cell phone, they are totally taken back with what I present them. The reporter just shook his head in disbelief with the lack of understanding in the industry.  I also told them it wasn’t from not trying because both Mike and I hammer the point consistently on this website and we still find folks not totally believing what they are seeing in real time.  That just totally amazes me and Mike.

So, if you have a chance and can ignore those blooming flowers in your back yard or the grass that probably needs cut, why not make that last trip to your favorite resort or to any of the resorts that are hanging in there thanks to the latest snowfall and providing some true spring skiing and snowboarding.  If you are having a hard time finding out which resorts are still open, just check out First Trax here on skisoutheast.com, Mike and Kenny will be, as they have all season, be letting everyone know to the very last day, where you can find the slopes that are available for skiing and snowboarding.

Remember we are in March Madness right now (sure hope Villanova’s loss didn’t totally destroy your bracket) and I guess we can say we are in the ski season’s final four.  But I must admit that there isn’t going to be any need to crown a champion, as every resort has played (done) their best this season to put a product out there that skiers and snowboarders could enjoy.

I have to admit, this might’ve been the most rambling column of the season, but I have had a lot of thoughts going through this 60-year old head as I scribe this week’s column, so thanks for putting up with all of the curve balls I have thrown this week.  A quick preview of next week’s column, the 2017 Snowies will be announced. I know you can’t wait, right?

Previous Post
Three Inches of Snow Fell Overnight. See Where on today’s SkiSoutheast Snow Report
Next Post
The Final Week of the 2016/2017 Season is Here