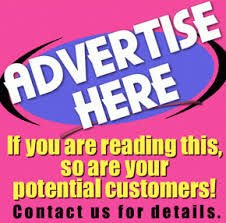 After looking closely at advertising trends on the internet, we have decided to limit the number of ads that appear in each spot on SkiSoutheast, ResortCams and our weather content this season. Over the past few seasons we have accepted ad placement such that in most advertising zones (on most pages of the websites) we've allowed as many as 4-5 ads to rotate in each position.

THIS SEASON we have made the decision to "roll back" our ad placement to the model that we implemented when we first started SkiSoutheast.com years ago. Simply put ALL ad placement will be accepted on a "First-Come-First-Served" basis. That means that early ad buyers will get the best spots AND we will run NO MORE than TWO ads in ANY ad zone on the website – with MOST ad zones will only running ONE ad.

Our current ads are set to expire October 1st and at that time ALL ad spots will be open for sale – AGAIN on a first-come-first-served basis. We have ALREADY accepted early ad purchases with the heavy push scheduled to take place beginning the week of September 8-15th.

If you're a current advertiser and want to insure a top spot and don't want to wait until our team contacts you, please call today and speak with Mike at 828.963.7286. We're expecting a big season as the 2013-2014 was awesome and according to The Old Farmer's Almanac our entire region is expecting colder than normal conditions for the entire winter. See: 2014-2015 Weather Prediction Via Old Farmer's Almanac

WE'VE GOT THE PEOPLE ALREADY LOOKING FOR YOU!

SkiSoutheast.com is actually a multipronged marketing effort that includes three, relatively equally visited websites and seventeen “secondary” websites. Those are: (Traffic noted for each of the top.)

ResortCams.com – (3,638,550): (An increase of 76%!!!)
ResortCams features LIVE streaming video from many of the ski resorts that are used by more than 120+ television meteorologist on air. During big weather events (snow, etc) we’ll see spikes of more than 35,000 visitors in a single day. During the Autumn and Winter seasons we’ll average 10,000 visits a day and off season nearly 4,000 daily. This network has mushroomed due to our growth of camera partners.

HighCountryWeather.com (1,001,029): (A decrease of 2%)
This network of (16) weather reporting stations and websites that are located at each ski area is well visited and ranked on the first page Google for nearly any search term having to do with “weather” and the individual ski communities.  We are attempting to add value to this portion of the network since we actually a slight decline in traffic from last season.

*All data provided by Google Analytics, SEMRush, AhRefs and SERPS.

Previous Post
It’s NOT Been All That FOGGY in the Valle? How About Elsewhere?
Next Post
I LOVE ME SOME AUTUMN TEMPS!!!