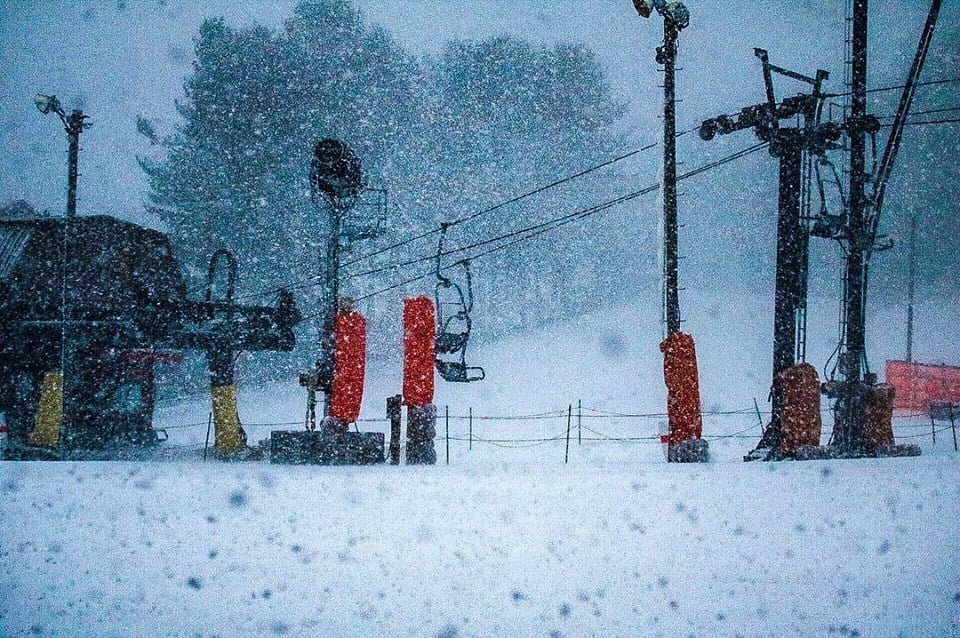 Snow started to fall at the West Virginia and North Carolina ski areas late last night/early this morning.  That will continue today as the Northwest Flow snow machine cranks up.  Forecasted totals have actually been adjusted up a bit since yesterday and I feel like a fool now for saying that there probably wouldn’t be any real good powder.  I think I was just trying to make myself better since I can’t ride until the weekend!

Our second snow event in less than a week has started.  I.  Love.  March.  Northwest winds are going to create snow showers through tomorrow for the usual favored locations in events like this.  Several resorts are reporting light snow amounts this morning, with Sugar Mountain already saying they’ve seen 2 inches.  It’s hard to judge that based on their webcams, but our nearby Banner Elk cam shows a pretty good amount has accumulated.  My co-worker should have fun driving to work in that.  Coming down Highway 105 will be fun.

As I mentioned, the forecast has been upped a bit since yesterday.  In North Carolina, Sugar Mountain will be your best bet to get some good turns in as they are in a favored location for Northwest Flow.  Another few inches between now and tomorrow is a good bet.  App Ski Mountain and Cataloochee will see lesser amounts, but I don’t think they’ll be complaining about an inch or so of snow.

As it always seems to be, the best of the snow will be up in West Virginia and Wisp in Maryland.   The spread is pretty large over that area with a couple inches forecasted for Winterplace, while Snowshoe or Timberline have a real possibility of hitting the double digit mark by Friday morning.  The forecast discussion from the Charleston NWS mentions 3-5″ by this evening with the potential for a few more inches tonight.  Then, the next wave tomorrow is now looking like it’ll drop an additional 3-4″ through Friday morning.  So, uh, I’m ready to go back to Snowshoe this weekend.  Timberline and Winterplace both re-open in the coming days and it should be a heck of a re-opening.

The Virginia resorts will not see much in the way of natural snow, but you can bet they will be making snow over the next several nights.  The forecast for Bryce, Massanutten, and Wintergreen shows snowmaking temps each of the next 5 nights.  Five nights!  All three of those resorts have been making snow recently and I’d imagine that trend will continue.

I’m not going to call it a Miracle March yet, but it sure feels like it after the February we experienced.  The weekend and beyond looks promising as colder temps look to remain.  The Charleston NWS also noted this in their discussion (I like to read theirs if you can’t tell)…

“One thing that does stand out in the guidance is that the overall pattern through the long term continues to be dominated with upper troughing over the Eastern CONUS. So do not expect the trend of below average temperatures to end anytime soon.”

All signs point towards several more weeks and skiing and snowboarding in the Southeast.  Woohoo!