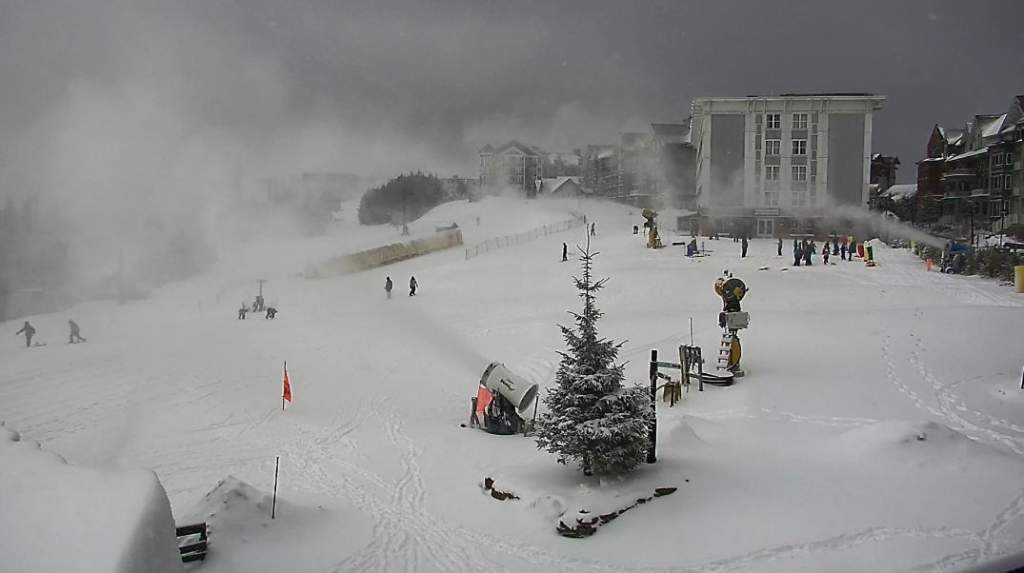 The snow was flying at Snowshoe yesterday.

The March comeback continues today as conditions at the open ski areas in the region just keep getting better and better.  We’ve got some snow, cold, and lots of snowmaking to talk about.  Even better, we’ve got another re-opening today and one more tomorrow.  The weekend is shaping up nicely, as is the rest of March.

Well, obviously I’ve got to talk about the snow first.  We had some minimal amounts to talk about yesterday and more fell during the day and overnight.  Here are the numbers.

It’s not a surprise to see where the most snow fell.  Sugar, along with Beech, are always the winners in North Carolina when it comes to Northwest Flow events.  It’s always amazing to see the drastic difference in snowfall between those two spots and other areas in the High Country.  Only 10 miles separates Sugar from App Ski Mountain, but it makes a world of difference.

The same can be said of Snowshoe and Timberline (and Canaan) in West Virginia.  They are even better aligned for Northwest Flow events and the numbers back up that statement.  Cheat Mountain magic has been in full effect over the past 24 hours and Snowshoe looked GOOD yesterday.  Today should be amazing as well.  Below is some video taken out there yesterday by messageboard member brookbarrel.

The Virginia resorts are always in the snow shadow when it comes to Northwest Flow events.  That said, things are looking up in the state.  Massanutten and Wintergreen both made snow overnight and as I talked about yesterday, the overnight lows will allow them to do so for several more nights ahead. 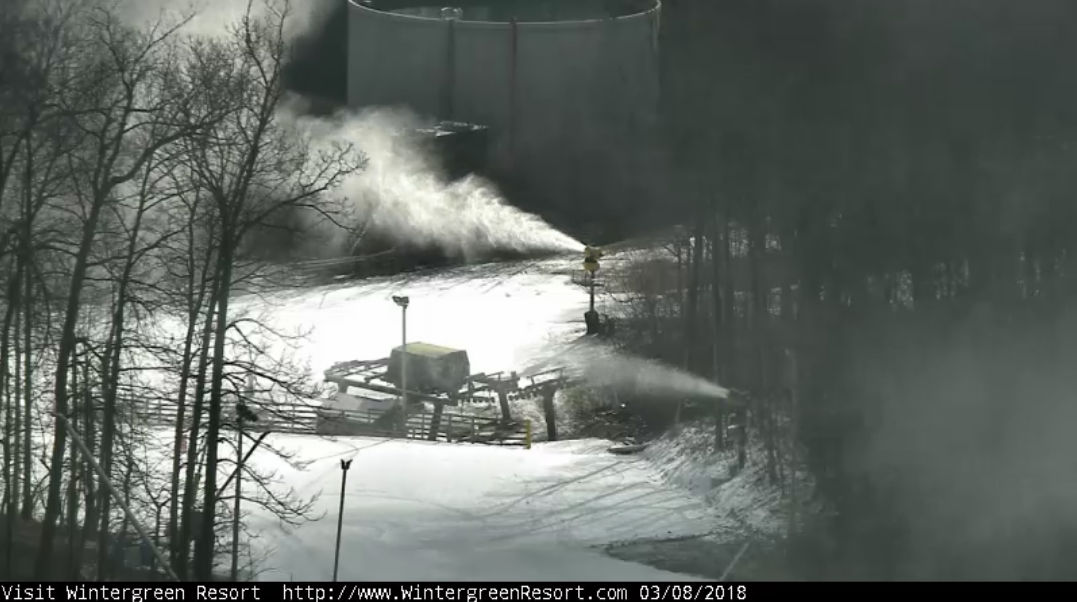 Snowmaking this morning at Wintergreen.

Some more snow is in the forecast for today and for tonight and it’ll pretty much fall at the same spots as yesterday.  Another dusting to a couple inches for the open NC ski areas and then some more moderate amounts are possible up into West Virginia and Maryland.  The forecast for Wisp is tasty looking right now as the NWS has 1-3″ today, 3-5″ tonight, and then another 1-3″ tomorrow.  Noice.  Similar numbers are forecasted for Timberline and Snowshoe and that double digit mark I mentioned yesterday is in sight.

As for the weekend, unfortunately it looks like some rain is in store for the North Carolina resorts on Saturday and Sunday, with some snow developing during the latter portion of Sunday.  Other ski areas in the region should stay dry on Saturday but they too will see some winter weather on Sunday.  I’ll talk more about this tomorrow.  Let’s continue to enjoy the snow that’s at our doorstep.

It should be another productive 24 hours.  More snow, more cold, more snowmaking.  I like it.