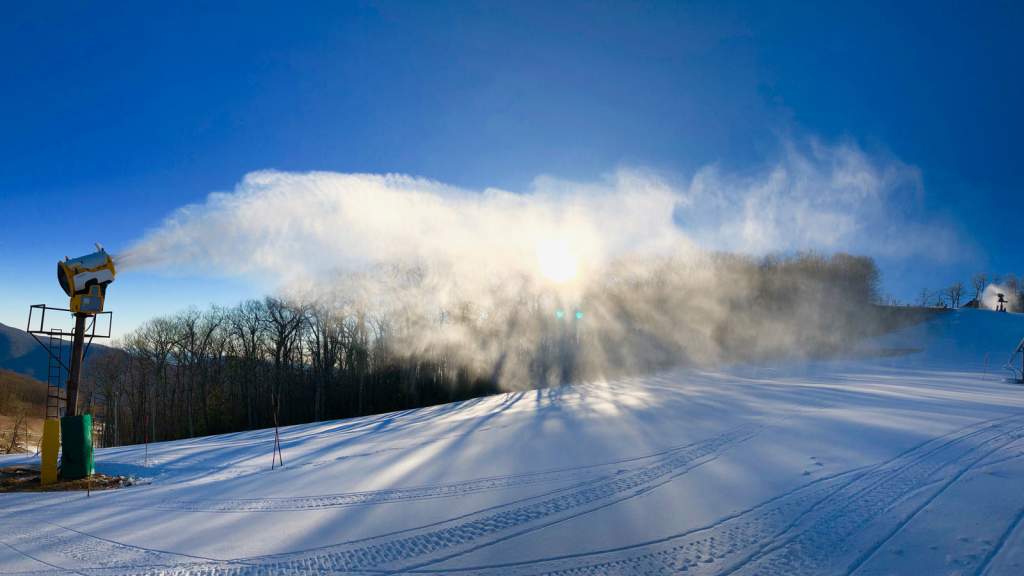 We’ll have a little bump in the road today as some rain and a wintry mix invades the region, but more snow is in the forecast for the remaining open ski areas tomorrow.  Overall, the pattern looks conducive for the resorts to stay open into late March.  Who would have thought that two weeks ago?

A quick look around at the webcams this morning shows a lot of grey skies.  There’s some underdeveloped snow down here in North Carolina at Cat, Sugar, and App Ski Mountain.  Go a little further north and things are a little better…and colder.  The remaining open Virginia resorts all made snow last night (I’m pretty sure anyways) and I’m thinking the same can be said for Snowshoe.  They haven’t always updated the snowmaking option on their snow report this year even when you can see it on the webcams.  Wisp was cold enough but it doesn’t look like they turned on the guns overnight.

Today is a transition day as our next winter weather system moves in.  Rain in the North Carolina mountains with a wintry mix in Virginia, West Virginia, and western Maryland will give way to snow tomorrow and even Thursday.  Brad Panovich sent in his latest forecast and here it is.

Oh man, what an outlook that is.  In the short term, the snow over the next few days won’t be anything too crazy in terms of totals.  March snow is always nice to see though and you never know about Northwest Flow systems overachieving.  The latest NWS forecast this morning is showing a dusting to a few inches for the NC mountains.  The forecast discussion from the Charleston, WV office mentioned 3-6″ for the mountains up that way (think Winterplace, Snowshoe, Timberline, and Wisp). There could be some spillover into Virginia as well as Massanutten, Bryce, and Wintergreen have the chance of seeing some minimal accumulations.

Admittedly, these numbers are spread out over two days so you might not get any really deep powder turns.  Don’t listen to me though, I’m just jealous that I won’t get to partake in any of it.  Regardless, the snow will help to fill in some mountains and at other resorts it will simply put down a nice layer of white on the surrounding landscape.  I’ve mentioned that numerous times this season and I’ve always said it boosts the morale when the entire mountain is covered in white, even if it’s a thin layer.  I forget who it was, but another person commented this weekend and said the same thing.  It’s so true. 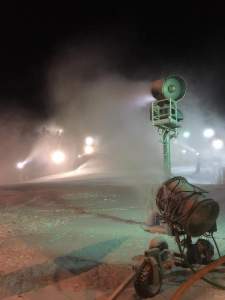 Snowmaking at Cataloochee on Sunday night. I hope to see more of this in the coming weeks.

Beyond this mid-week storm, things certainly look promising.  We had a run of systems like this in February, we simply didn’t have any cold air to accompany it.  That has changed now and if Brad’s outlook is correct, we should have a fun few weeks ahead.  I was honestly in the mindset that this past Sunday was going to be it for me this season, but the forecast has me thinking otherwise.

If we can get a 10 day stretch with multiple light to moderate snow events combined with snowmaking then many ski areas should be able to make it into late March.  Two weeks ago I couldn’t imagine I’d be typing that.  I was just emailing Bill Nabers from Bryce and told him I didn’t think they had a chance of making it to their Winterfest event this weekend.  So happy to be wrong.

March means late season savings and there a few notables to mention:

Make sure to check back in the coming days.  It should be fun to talk about the snow.  February what?