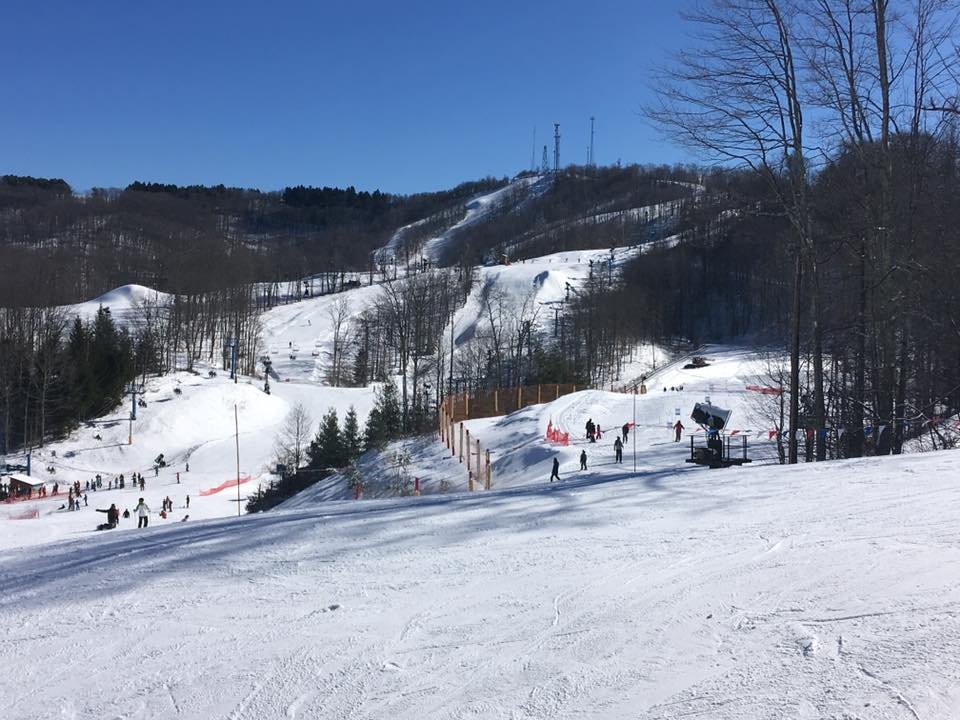 If you have been keeping up with the national news, you probably have heard the term “Mid-Term” report card or election used recently, as national Senate and House of Delegate seats are up for grabs.  That my friend is as close to politics this week’s column is going to get, so don’t worry, it’s still all about the ski season on this page again this week.

The phrase mid-term to me makes me think about a halfway point of something and that’s where we find ourselves right now with the snow sports industry in the southeast region, at basically the halfway point of the 2017-2018 season.  While out for some on-slope “Product Evaluation” recently, I found myself during a lift ride, contemplating how this current season is fairing? So, I decided to put my thoughts down in this space this week and share them with you.

This season started out pretty much normal (what’s really normal in the southeast you asked) with an early November cold snap giving the snowmakers throughout the region a chance to knock off the dust and either test out their systems or make enough snow to open a few trails.  Nothing out of the ordinary there, everyone was just glad to see that again this season, there was enough cold temperatures during that time of year to make snow.

Now back to that normal thing, I would have to say a normal southeast region ski season really gets going in earnest around the Thanksgiving holiday and lasts for some resorts into early April.  The start of the season saw that being a reality, with a number of resorts in West Virginia and North Carolina opening at that time with very nice conditions, compared to recent seasons.

This again and I am harping back to what I have said this season a number of times, no other region in this country makes snow like the snowmakers in the southeast.  Millions of dollars have been invested by resort owners throughout the region and in years like this when Mother Nature cooperates and provides decent snowmaking temperatures, the slopes are going to be covered in a short amount of time.  I have to admit, I respect the resort management teams that hold off a couple days to drop the rope for the first time, that decided to provide quantity and quality over just being open.  With that being said, I totally get getting open as soon as possible, as that creates a buzz in the winter sports community and that type of momentum always is a positive scenario.

This season also saw most resorts come online or open at a normal time frame, with the ones that push it hard to provide the initial skiing and snowboarding of the season, to the ones that stick to or close to their scheduled opening days.  All of those cases took place this year and that has gone a long way to creating the type of season opening momentum that hasn’t been experienced in the last couple of seasons. After the rope dropped at all the resorts, I was hearing some strong reports of excellent beginnings from a number of resort officials throughout the region.

Let’s talk about the holiday season now.  If memory serves me and if you ask my wife Angie, she will tell you my memory is good when it matters the most to my job or play time activities, we didn’t have a holiday season two years ago and last year’s was a bit marginal. This year by all-accounts passed with flying colors, everyone reported strong crowds and looking at the various snow reports and webcams, the conditions were the best in recent memory.  This is extremely important as any season’s financial success, good or bad, is determined by that three-week holiday period, the week before Christmas, Christmas week and the week after Christmas.  Again, from all the accounts I got from talking to various resort officials, Santa was very nice to everyone this year.

What was found this year though, the positive momentum from the holidays carried nicely into a time that is historically a quiet week or so for the industry and that’s the time between New Year’s and the Martin Luther King three-day holiday.  This year, by some accounts, those numbers were up a bit to normal, again putting smiles on the faces of not only resort officials but on business owners off the resorts that depend on winter traffic to make ends meet.

No mid-term report would be complete without there being a January period of mild temperatures that gets everyone worried that all of the snow was melting and their planned winter getaway to the region’s mountains would be better served on a beach somewhere.  But due to the afore mentioned cold temperatures, the region’s snowmakers were able to cover the slopes with literally tons upon tons of snow, as most were keeping one eye on the then current weather forecast and one on the extended version.  By doing so, most understood there was a pending mild period and stockpiled snow here and there and made it through the non-snowmaking period without losing a great deal of coverage. Back to the beach thing for a second, I really enjoyed seeing pictures from the Outer Banks with almost a foot of snow on the dunes.  I would’ve enjoyed trying my snowboard out on that surface on one of the cold days.  That would’ve been different.

So here we are, at the halfway point of the 2017-2018 season and it seems that the situation is pretty much in order for a normal season at this point and again, your definition of normal and my definition may vary a little bit, but so far so good in these eyes.

I leave you with this one last political thought though, I know I am going back on my original word, but I did say politics and that is instead of thinking of the states in the southeast as being red or blue, right now I am only thinking in the terms of white state and that’s white for snow and lots of it.

Previous Post
Another Awesome Weekend at the Ski Resorts
Next Post
A Mild Start to the Week. The Cold Returns Tomorrow Though.