A Mild Start to the Week. The Cold Returns Tomorrow Though. 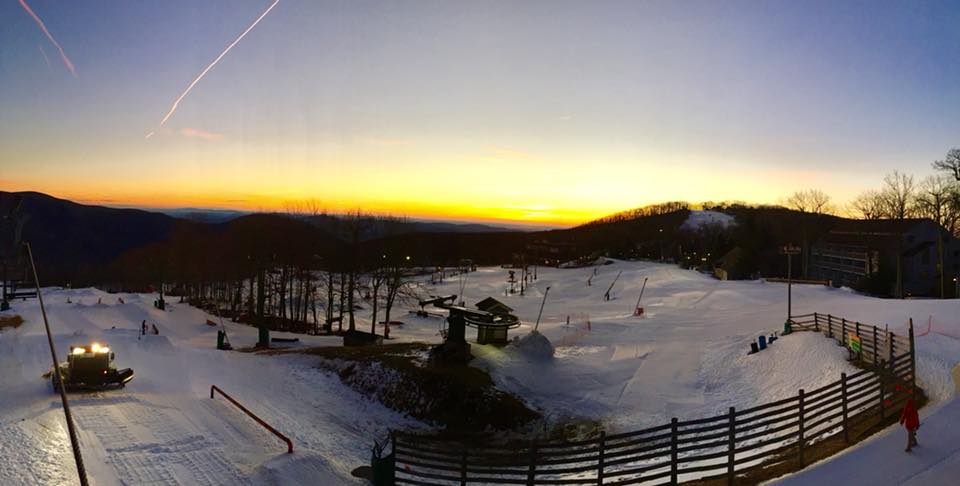 The weekend turned out to be pretty sweet if you were looking forward to some non-bone chilling temperatures.  Yesterday was a tad bit wet up in West Virginia, but overall it was a great few days to get some skiing and riding in.  I am a little bummed as I didn’t make it out.  It’s been a while since that happened for me but I had some things to do (my wife is happy with our new storm door) and I am finally not sick now, so that is nice.  I’m already looking forward to the end of the week though and the forecast is putting me in a very optimistic mood. 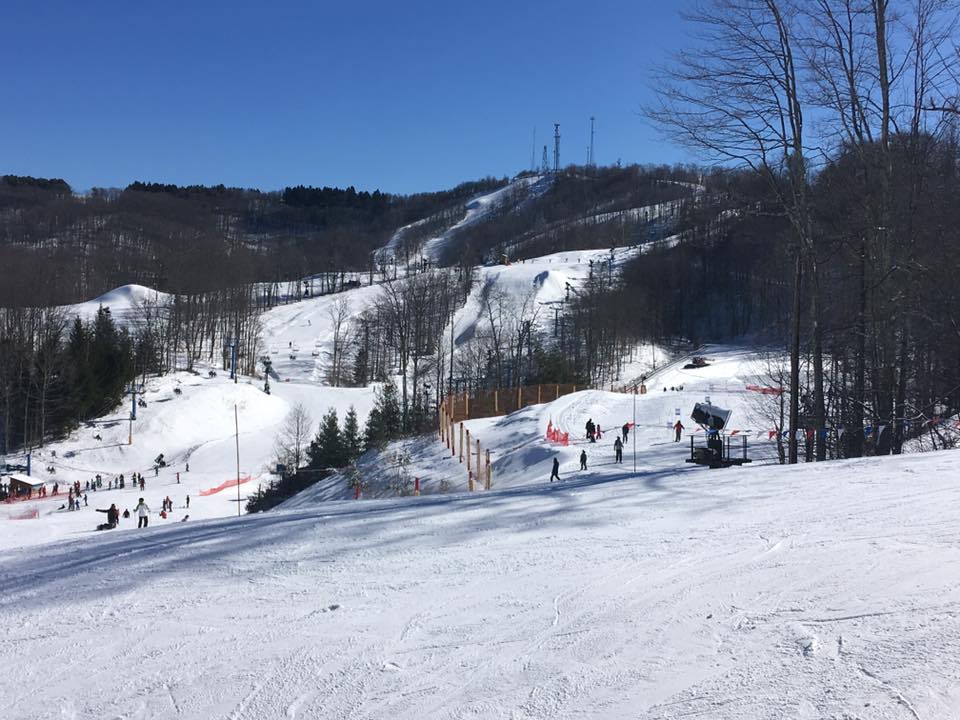 Joe Stevens was doing some “product evaluation” at Winterplace this past weekend.

Let’s start with the weather this morning…it’s mild.  Temperatures are generally in the 40’s and even low 50’s at a few of the resorts.  One ski area even had “Spring Conditions” listed as their primary surface today while many others had “Granular” or “Wet Granular” included in theirs.  The snow will definitely be on the soft side today and it will feel like spring out there.  We might even some see some ski areas hit the 60 degree mark!  Mother Nature is so fickle.

The unseasonable temps will be short lived as colder air returns tomorrow.  In between now and then we will have to deal with some underdeveloped snow (rain) though.  Once we get past that it’s smooth sailing for the several days leading up to the weekend.  It won’t be as cold as some of the stretches in December and earlier this month, but nighttime snowmaking for everyone and around the clock snowmaking for some will make for a productive work week and help to re-freshen the slopes after this past few days.

The Snowshoe forecast for the week ahead. Looks good to me!

The App Ski Mtn forecast doesn’t look too bad either.

I’m sure the past few days have some people worried about the snow but there is nothing to get in a tizzy about.  A few days of mild weather is hardly going to put a dent in the excellent base depths that we have right now.  The typical January thaw doesn’t look like it’s going to come to fruition this year either.  Generally, we have a stretch of mild temperatures that lasts for a week plus.  It seems to happen every year.  We’ve had two instances now of some milder weather this January, but both have been short lived and they’ve been sandwiched in between some great snowmaking windows.  As it stands now, we’re probably going to get through the month with more than 90% of available terrain open in the region.  A season without a January thaw?  That would be something to celebrate.

Mike mentioned it over the weekend but I figured I’d go into a little more detail about it today.  I made a Ski Southeast skill for Amazon Alexa devices.  Once enabling the skill, you can then ask Alexa for snow reports, current weather, and weather forecasts for all of the resorts in the region.  It’s pretty cool!  The three phrases to use are “snow/ski report”, “current weather”, and “weather forecast” and you can go about it two different ways…

It’s just another way to get your ski and snowboard info and updates from us.  I plan on adding some features in the future, such as powder alert notifications, but it’s a good starting point for now.  There is already a review for the skill on Amazon and it made me laugh.

Makes it too easy to know if it’s a powder day or a work day.

Ha.  Here’s the link to go to if you want to enable it for your Alexa device.  Enjoy!

Stay tuned all week as we’ll keep you updated about the return of cold and snowmaking.  As a heads up, we’ll also be at Beech Mountain on Friday to kick off their 50th anniversary celebration weekend.  Make plans to join us and get some riding in!