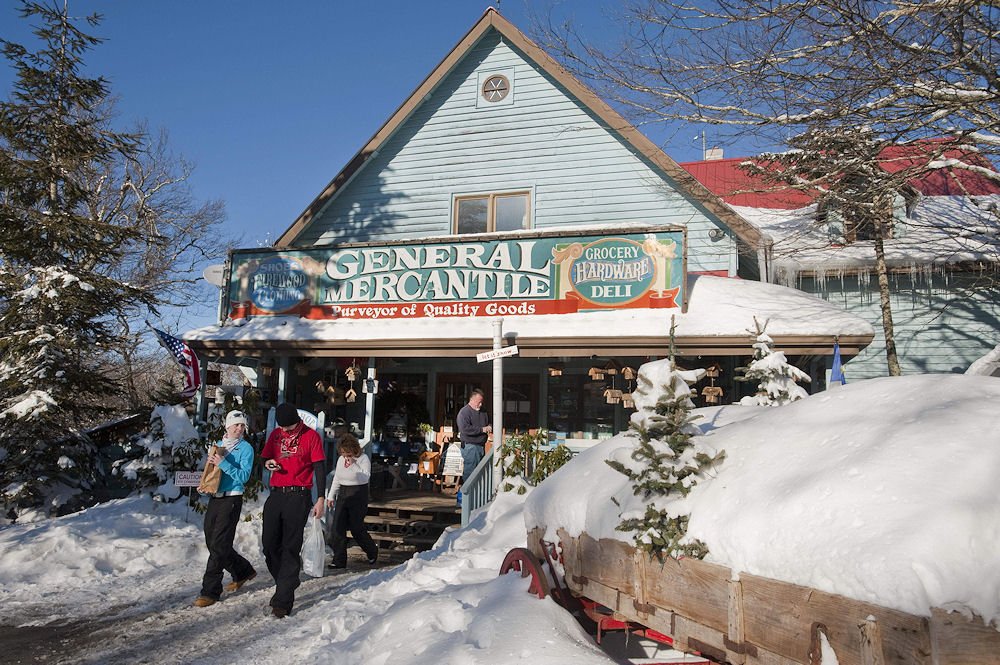 To steal a phrase from a popular news source – “We report. You decide.”

Another lead in to this story could be, “Who are you going to believe, me or your lying eyes?”

According to everyone here in our “no snow Foscoe” offices, we had foggy mornings nearly EVERY morning in August. I officially counted twenty-one. I snapped photos many of those mornings and shared a few. I did my VERY OFFICIAL RESEARCH (insert sarcasm) by simply driving to work each morning. My morning trek to work consists of exiting the Sleepy Hollow covered bridge onto Hwy 105 and ends with me turning into my office parking lot. On (21) of those (31) August mornings I witnessed significant fog on the entire drive or at the very least – fog that hovered around the turn to Hound Ears.

For the record, Hound Ears is just off of Hwy 105 South and not far at all from the Broadstone Road turn that will take you to Valle Crucis and the Original Mast General Store. However, somehow, someway Sheri Moretz and their official Mast General Store bean counters only came up with TWELVE (12) foggy mornings. Coincidentally, that exactly matches the number of foggy mornings LAST AUGUST. Our count during August 2015 was (22).

This May Interest You Guys… 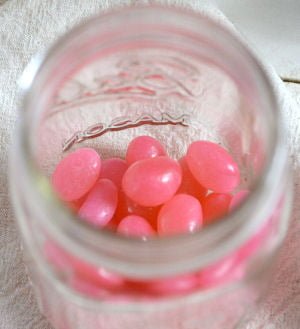 Over the years we’ve always heard of how Tom Payne and the guys at Valle Crucis handle their August Fogs – compared to Winter Snows count. They have a jar that they simply drop a jelly bean into on each of the August mornings when it is foggy. During the subsequent winter they will pull a jelly bean out each time it snows. According to them, their long term accuracy is pretty spot-on as they are usually only a bean or two off.

That got me to thinking whether or not THEIR accuracy was on par with another bit of mountain folklore – the Woolly Worm. While they claim to be accurate in predicting the winter weather 80-85% of the time, we’re thinking that it’s about the same as our hi-tech weather peeps – who get it right closer to 60% of the time.

Upon closer examination of the “jelly bean theory” there MAY be something to be learned about using August’s foggy mornings to predict the number of snowfalls during the winter. As I was compiling the numbers to post this blog it hit me. No, not a jelly bean. It occurred to me that we are always bragging about how SkiSoutheast.com archives e-v-e-r-y-t-h-i-n-g. We document every snowfall and every day of commentaries over most of the past twenty years.

So I researched our archives over the last two Augusts and compared that with the archived data that we have for snowfalls.

During the subsequent winter (2014-2015) we had (17) snowfalls of AT LEAST .3″ of snow. The Mast Store NAILED it! SkiSoutheast.com can also claim victory because if you count the snows with .2″ or more…we had (19) snows! Pretty great, right?

During the subsequent winter (2015-2016) we had (26) snowfalls of AT LEAST .3″ of snow. The Mast Store missed it by a mile! However, SkiSoutheast.com wasn’t far off the mark. In fact, interestingly enough, Boone only reported (20) days with accumulated snow while Sugar Mountain reported the (26) snowfalls. Since our offices are located between Boone and Sugar…we can stretch our theory a bit and claim pretty strong accuracy.

So what does all of this mean and what are the prospects for this winter? The answer, nothing really…AND WHO KNOWS?

After last winter’s craziness, all bets are off when it comes to looking to nature to predict the winter. Just to remind you guys – last winter EVERY weather expert was predicting 150% or more of our normal snowfall and as late as December 28th, 2015 we only had TWO SKI RESORTS even open for skiing! It was the pits.

However, like all good snow-lovers, we will grasp at anything positive when it comes to winter-weather-prognosticating.

So we counted (21) foggy mornings during the past month of August. If we can get twenty one snowfalls this coming winter, with around 4-5″ per snowfall…we’ll get 80-100″ of snow and that would put us on par with what most would consider an average winter in the North Carolina mountains.

Uh Oh! What About those West Virginia mountains?

I recently took a Mensa IQ test so I guess the analytical side of my brain is over-working itself. (Don’t ask how I scored!) However, the fact that (21) foggy mornings could potentially equate to 100″ of snow for the North Carolina, Tennessee and Virginia mountain, got me to considering how August fogs could apply to the snowier West Virginia mountains. After all (20 +/-) days of snow wouldn’t add up for their average of 180″ of snow each season UNLESS the average snowfall that they receive is 9″ or so.

But JUST HOW DOES SNOWSHOE, CANAAN, AND TIMBERLINE average 180″ of snowfall each season? Well let’s put it this way; there are NOT enough days in the month of August to account for all of the snow that they get!

Thirty days have September,
April, June, and November.
All the rest have thirty-one,
no exceptions, but save one:

AUGUST with 54. Hmmmm…I guess not so much.

twenty-eight hath February,
but from this we still must vary
each four years when we do find
a small leap to twenty-nine.

So I guess where this all leads me to is that if we’re going to use old weather folklore to predict winter snows; we’d better be ready to do some fuzzy math.

“If the first week in August is unusually warm, the coming winter will be snowy and long.” (It was a hot August all the way through to the end of the month. So bring on the snow baby!)

“If a cold August follows a hot July, it foretells a winter hard and dry.” (It was hot in August baby. Yes!)

As high as the weeds grow, So will the bank of snow. (I will get you a photo of the weeds near my home. They are over three feet tall!)

The severity of Winter is determined by how far down the feathers have grown on a partridge’s leg.
(Anyone even KNOW what a damn partridge looks like. How long are their legs anyway? Feathers on legs??? Yuck!)

We’re already hearing from some of our ski resort, tourism and weather partners about the upcoming season. We will be gearing things up over the next couple of weeks. Kenny and our design team are already at work on a new weather-network as well as making tweaks to SkiSoutheast.com and ResortCams.com.

We are excited that we have already heard from a few of the West Virginia and Virginia ski resorts about upping their promotional campaigns with us this season. A few of those conversations have revealed that SkiSoutheast.com and ResortCams.com was the NUMBER ONE source for driving winter traffic to three of those ski resorts for this past winter. As bad a start as we had last season…that was great news to our ears!

We will be chatting with all of our resort contacts later this month and we’ll be sharing all of the “What’s New for 2016-2017” as well as also sharing whatever season pass discounts are being offered. I DO KNOW that RIGHT NOW is the best time to buy and save on season passes at ALL of the ski areas. So if you’re thinking about getting a pass for this season, don’t delay. Call today.

Email me any thoughts or ideas to [email protected]