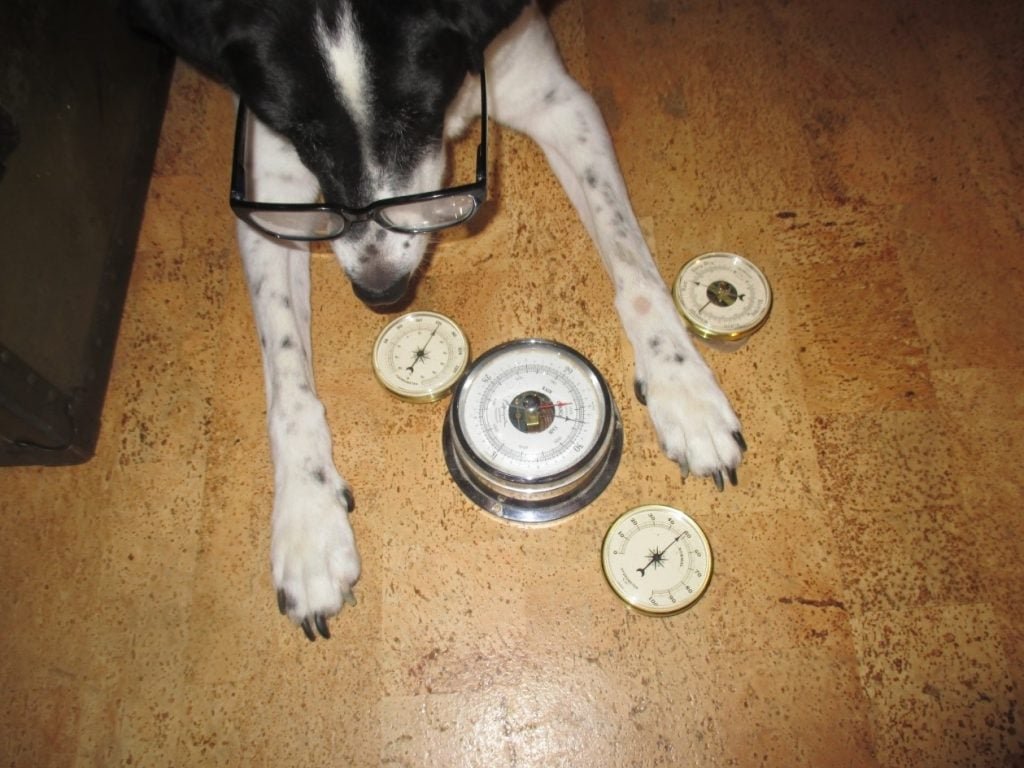 Once upon a time, in a winter far away…

Here we are again, waiting to see what the upcoming winter will bring.  We in the human family have a long history of this, counting frosts, sacrificing to obscure deities, or asking Uncle Joe how his trick knee is feeling.  While the likelihood of perishing in a frozen wilderness by the end of March has diminished, the odds of whole families having to cancel their spring break or even Christmas condo rentals remains a grave and vexing problem;  and so we necessarily try and look ahead.  Today we take an active technological approach, computer modeling, satellite imagery and analysis of upper atmospheric conditions; at least these are terms I hear thrown around in association with modern meteorology, although I suspect coffee stains and donut crumbs may secretly be analyzed as well.

This is in keeping with more primitive attempts to predict and prepare for winter.  In early history under the granite shadows of Mt Ullr the inhabitants gathered upon each autumnal equinox to stow away colorful floral shirts and to fling goat entrails upon stone walls which they studied for portends of the upcoming winter.   The vigil carried on until they were called for dinner which was most often comprised of the same goat.  A recent examination of the cave paintings they left shows that their seasonal accuracy was a statistical tie with the present day success rate of NOAA’s annual long range winter forecast.  Similarly, the more advanced cultures who settled around Mt Claus made efforts at seasonal predictions and still continue their time honored tradition of reading tea leaves the morning after the first hard freeze of each fall.  Nowadays no one knows exactly what to look for in soggy tea leaves any more than goat entrails and there is a great deal of quibbling over details, but  their accuracy is still on par with the usual annual  winter predictions of the major weather based media outlets.  They are considering naming their tea leaves in the fashion of winter storms.

People have also long obsessed over a more observational approach.  Do certain natural phenomena serve as harbingers of what is to come; might the trees and animals give us some insight into weather patterns?  Could the comings and goings of sparrows and geese in September demystify what lies ahead in December?  Will my favorite mittens miraculously appear in time for winter if I stop searching for them in the summer?

Much is written each year about the Woolly Worm for example, the size of its central dark stripe holding a possible key to our annual winter puzzle.  I have no problem with viewing caterpillars and other creatures as diagnostic tools, it’s just that I never remember if the band is supposed to be bigger or smaller, its crawl faster or slower.  I’m similarly vexed by horseshoes, are they supposed to be hung up or down, to be safe I hang them in pairs beside each other like tragic/comic masks.   All this is to say that I am not above superstition, but unless I see woolly worms actually outfitted in tiny patterned sweaters I am paying no attention to them this year.  Similarly while I enjoy a thick fog in August as much as the next guy, this year I’d feel a lot more secure about our upcoming ski season if a fast moving glacier engulfed Buffalo by the end of October.

However in the meantime what can one do, even if you have grave and well-founded doubts about the accuracy of long range winter forecasting, if you are as avid as I am, and as tired of September still sweltering along in the 90’s; then you have to look at the barrage of seasonal predictions, even as you start bookmarking festive sweaters and this year’s sure fire solution to the one ski quiver.

I will give the weather gurus props for short to mid-term forecasting,  their accuracy has allowed me to chase a lot of storms, get a lot of powder days and arrive in time to ski some beautiful places— may it ever be so.  I also think that folks who work on the weather beat in the Southeast and mid-atlantic are facing some special challenges as our winter temps so often hover right around the freezing mark, destructive rain or decent snow always a slim margin apart.  Despite the challenges, meteorologists and the dizzying array of associated websites take a lot of uncertainty out of planning for the next week or even 8-10 days out; but beyond that, it’s just a gamble, and best to treat it as such and check the Vegas line. 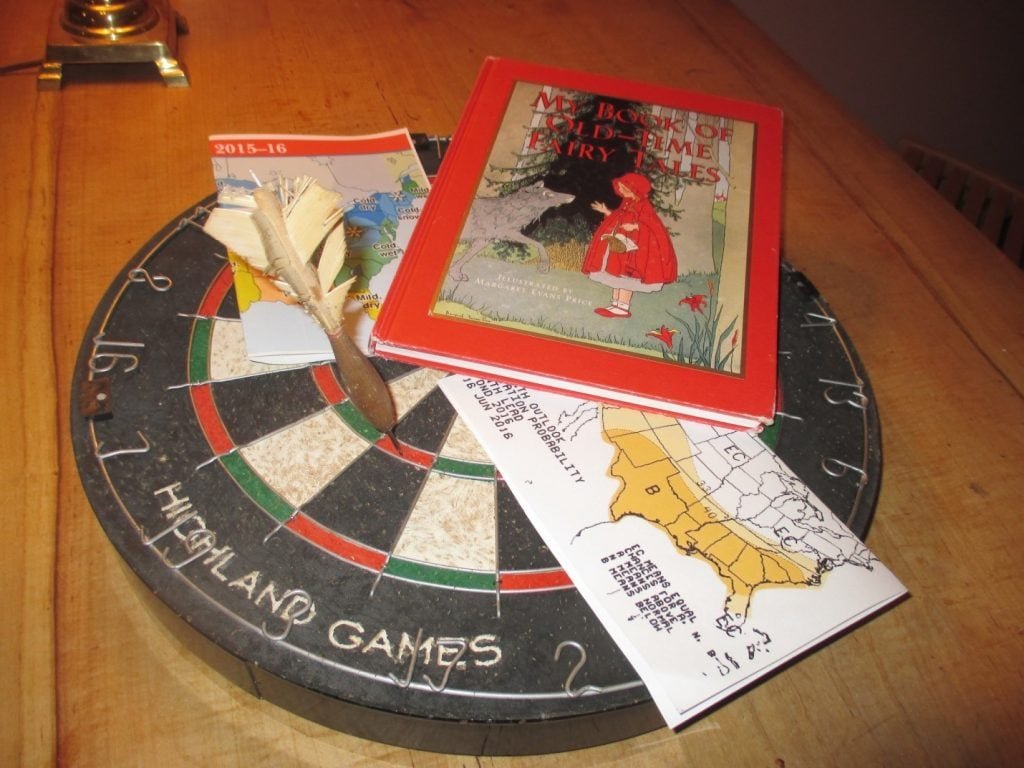 I confess I have some bitterness lingering from last year when the long range forecasts fostered high hopes all around only to be followed by an epically atrocious ski season here in the southeast, and all the way into Canada, basically from Sapphire to Saddleback and beyond.

Early on all sources converged on the story of El Niño, a narrative I embraced completely.  Determination, flexibility and some trips out west still brought a happy ending for me but I don’t intend on being so credulous again.  Now of course El Niño has left the scene in time for his spoiled sister La Niña to begin toying with our expectations.  Will she come to the party or not?  NOAA can’t say for sure, apparently she has been lost in the models again.   If she does show up will she arrive empty handed but still eat all the cake?  No one can say with any clarity, no firmness at all it seems, bad parenting I suspect.  One thing is clear; these are some evil little twins.

Returning to the current crop of meteorological fantasy, I am going to take a firmly pessimistic viewpoint as rosiness was so unrewarded last year.  Once more, there is a collective chorus suggesting a great season to come.  The Farmer’s Almanac is almost giddy about a winter to freeze our collective keesters:

While last winter was a reprieve from shoveling and high fuel bills, the party is over. According to the 2017 Farmers’ Almanac, “winter is back!”   … Get the snow blowers ready in the East and umbrellas in the West! An active storm track will deliver above-normal precipitation to the Southeast, Northeast and New England states throughout most of the winter, especially February (see above!)

NOAA is more reserved apparently still stinging from La Niña’s rebuke.  And like good friends do, we should really urge them to just move on.  There is probably a better weather system out there that is right for them.

Since the demise of the big 2015-16 El Niño in April, the tropical Pacific has been loitering around in neutral… and now forecasters think it’s likely to stay that way through winter. For now, we’re taking down the La Niña Watch since it no longer looks favorable for La Niña conditions to develop within the next six months.

Rather than fallowing further forecasts I may just put on my red union suit, stick my head in the freezer, and listen to the Beatle’s White Album backwards, a lot.

Enlightenment will surely ensue.   Then I’ll find those mittens, get my other gear ready and start waiting for word of the first real winter storm. Hope to see you there.