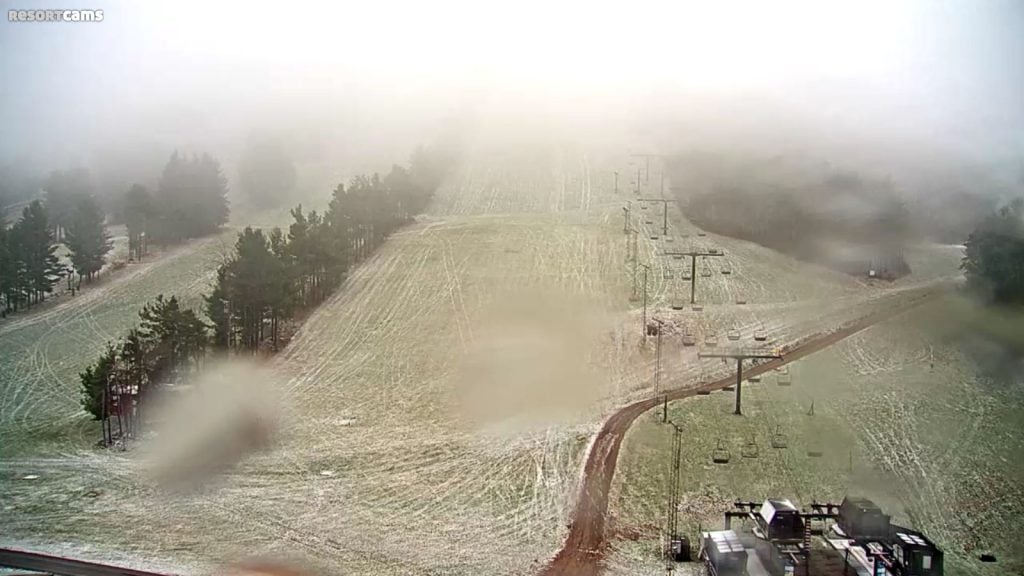 Several resorts were able to begin making snow at some point overnight but as far as we can tell, snowmaking efforts have been limited to some degree by borderline temperatures and fog. Fog is a snow eater and fog is also usually a sign that a temperature inversion may be taking place. 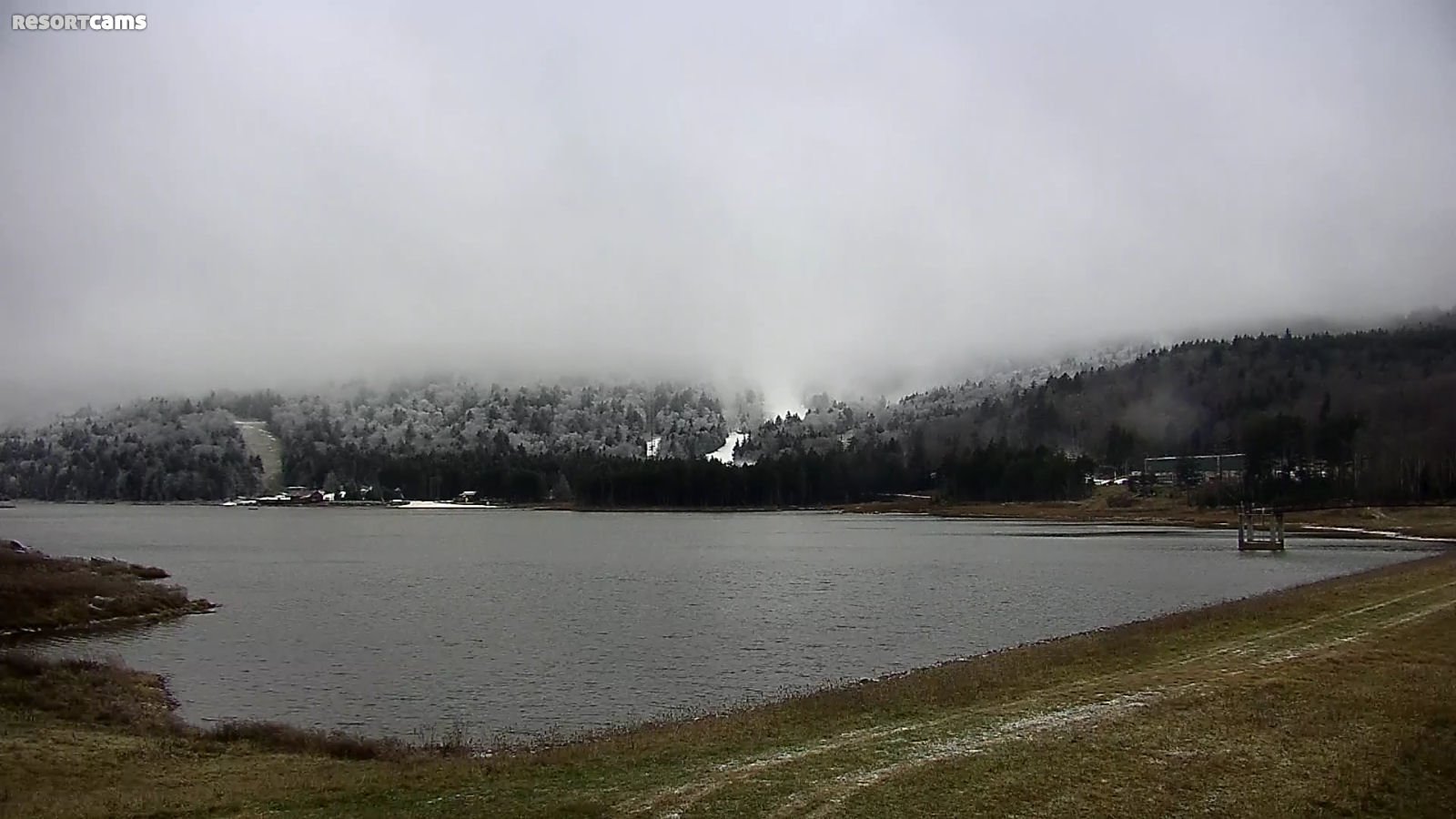 Fog or SNOG hovers over most of Snowshoe Resort early this morning. As I was finishing up this mountain report the fog IS lifting. Click to Enlarge.

Regardless we’re seeing some “SNOG” or frozen fog in some locations at the highest elevations around Wisp Resort, Canaan and Snowshoe, while it’s just kind of “meh” and borderline snowmaking ops at other locations. In fact as I’ve been posting this mountain report, I’m seeing the snowguns turning off at Cataloochee, Beech and even up at Snowshoe. So I’m guessing that’s it for today in terms of snowmaking ops until this evening. We’re seeing projected lows in the mid 20s again Saturday night – so snowmaking should resume tonight at about one-half of the ski areas.

Unfortunately this round of cold temperatures didn’t really help a ton in terms of building base as is evident by looking at the live cameras around the region.

Unfortunately at this time we are not seeing any additional snowmaking opportunities until perhaps Thursday or Friday of the upcoming week. While it isn’t great news for the ski resorts – there DOES appear to be some significant, wildfire-ending, drought-denting rainfall in our forecast Monday night through Tuesday and into Wednesday. If you’ve been following all of the wildfires around the region – that, my friends is cause to celebrate.

So we’ll probably see a decent round of snowmaking tonight and then things will deteriorate at the resorts this week without snowmaking and with the rain that is in the forecast. The great news is that the forecast beginning later next week and beyond is REALLY looking great. Cold temps with highs in the 30s and lows in the 20s from December 1st through that first week should make for some awesome conditions at your favorite ski area.

So while things look pretty “meh” right now – there IS skiing and snowboarding to be had. If you can – get to Appalachian, Beech, Cataloochee, Snowshoe or Sugar right now and enjoy some early-season turns.

Here are the specifics this morning:

Beech Mountain Resort – 24° – Snowmaking is in Progress – Groomed & Frozen Granular – 6-20″ base on 6 slopes serviced by 3 lifts. Some thin areas. Skating is open as well.

Snowshoe Resort – 23° – Snowmaking is in Progress across many trails INCLUDING CUPP RUN! 40″ base on 7 slopes and their Progression Terrain Park is open as well.