ARE YOU KIDDING ME by Joe Stevens 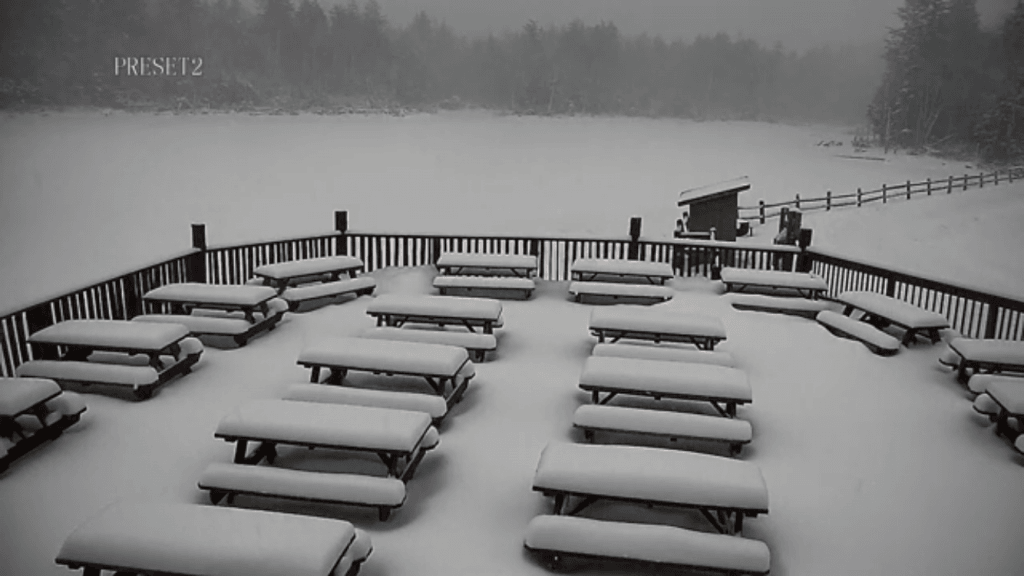 It never ceases to amaze me that Mike Doble and I are on the same page when it comes to our thoughts this time of the year of the ski season.  All this week I kept having to answer questions about if there was still any snow left at the ski resorts.  Then I read Mike’s Snow Trax report on Saturday and low and behold, he (and his staff) seem to have been dealing with the same scenario.  Then to come to find out, that same question was heard across all of the southeast.

I am going to take a step back here for a second for some Mother Nature 101.  You see, the snow that falls from the sky most of the time has very little water content and a lot of air.  That my friends makes it a lot easier to evaporate when the temperatures begin to rise above the freezing point. Now with manmade snow, the water content is stronger, which allows it to withstand the milder temperatures a lot more.

So you ask, why the snowfall 101?  Let me tell you right here and now, there are trails at various resorts that rely on natural snow to be open to skiers and snowboarders.  These trails are usually the last to open and the first to close.  This open and close situation can happen a number of times during the season, with the amount of natural snowfall and how many thaw cycles occur. So when a resort has say 50 trails open one day, because of their, let’s say, natural trails are available. Then they need to be closed because for some unknown reason the temperature gauge shows 60-degrees in February, that snow is going to melt and those trails are going to be shut down. At the same time, the trails with manmade snow remain in fine shape, with a base of various feet in most cases.

Okay, let’s get back to the message this week.  When a resort pulled the ropes across their natural trail slopes last week dropping to 20 some trails still available, skiers and snowboarders that were all set to head to that resort started calling and wanting to cancel because they just knew that all of the snow would be melted by the time they got to the resort.  When I was told that story, I just shook my head in wonderment.  At the same time I was being told the story, I went online to skisoutheast.com’s Resort Cams page and punched up “live” pictures from the resort in question.  Guess what I saw in “real time,” snow and lots of it everywhere in sight.  Not just a patch of snow here or there, but piles of snow everywhere.  Piles of manmade everywhere, the stuff that hangs around for a long, long time and can with stand some of the mild temperatures the southeast region has been experiencing this season.

To tell you the honest, goodness truth I don’t know if I would have been able to keep my cool with some of these folks that can’t see the forest for the trees. Seriously, why all of the negativity, when every snowmaker out there is trying their best to provide a product this season that everyone can enjoy.  In some cases the conditions might be a little bit better here or there, but in the long run folks there is still a lot of snow out there on the slopes right now.

May I remind you, I have been helping to herd about 80 young skiers and snowboarders from Hurricane Middle School, out on the slopes this year, every Friday night at Winterplace Ski Resort in West Virginia.  Let me say this, it’s nice to have a resort only 90-minutes from you and you have two bus load of 11, 12 and 13 year-olds.  This past Friday night was our fourth trip of the season so far and each time the conditions have been a little bit different.  From temperatures in the low teens and full-out snowmaking in progress to temperatures in the upper 40’s and plenty of soft snow everywhere. I try to get to the resort a couple of hours ahead of the club for some “Product Evaluation.”  Hey, someone has to do it and well, this is one volunteer job I really look forward to each week.  I send out a text to the teachers on the bus what the temperature is at the base, if snowmaking was taking place and what the slope conditions were like.  This week I couldn’t wait to report that the kids were going to experience the best conditions of the season.

Some of the kids on the trip are also on the Cross-Country and Track teams I coach at the same middle school.  During training the early part of the week we were in shorts and short sleeves.  My point is if I would have thought the same thing was going on at the resort only 90-minutes away, I would’ve probably just suggested to pull the plug on trip.  But using the resort cam page I easily saw that there were piles and piles of snow everywhere and all of it would still be there when we hit the slopes on Friday.

So, the next time you get the urge to pull the plug on a ski trip because of the temperatures out your back door.  Please do me a favor, use the technology that is at your fingertips and don’t give up so soon because, are you kidding me?

Previous Post
Hey! Where is Everyone Going?!?! There’s Plenty of Skiable Slopes Open!
Next Post
Winter Has Returned, Again, As The Roller Coaster Continues

First Trax: Fall has Arrived and Brought Cooler Weather With It