Winter Has Returned, Again, As The Roller Coaster Continues 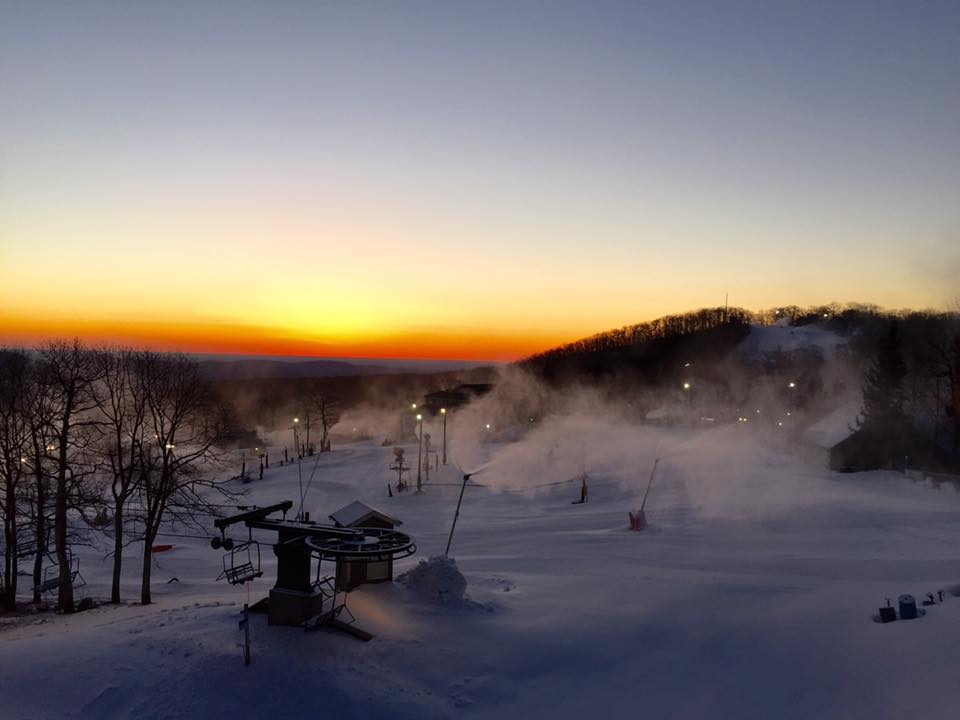 My goodness, what a weird, weird 7 days it has been.  We started off last week with spring temperatures and then saw snow and cold return.  Spring then made a re-appearance over the weekend and now, for what seems like the umpteenth time this season, winter has returned and the start of a new week is beginning on the chilly side.  Sheesh.

After a mild Saturday and Sunday with temperatures in the 50’s and 60’s at the ski areas, a cold front moved through overnight ushering in more winter-like temps.  The snow report this morning shows some rather drastic 24 hour differences as temperatures this AM are anywhere from 15-32 degrees colder than yesterday at this time.  It was a little bit of a shock when I opened up the door this morning and felt how cold it was outside.  I say that because it was 80 degrees down here in Charlotte yesterday.  80 degrees in February!  I was walking around Lowe’s Home Improvement in shorts and sandals.  On Saturday I went to a boat show in Charlotte.  So to recap, my weekend consisted of a boat show and walking around in shorts and sandals.  Not the February weekend I was hoping for.

With the return of those colder temperatures we’re seeing snowmaking resume.  Eleven ski areas were able to make snow overnight/early this morning.  The image at the top of this post is from Wintergreen this morning and my oh my what a beauty of a shot it is.  Below are some shots from Timberline and App Ski Mountain showing that manmade snow being blasted onto the slopes.

None of the ski areas were in dire condition but after a few days of mild temperatures the snowmaking was somewhat needed in order to refreshen the slopes and patch up spots here and there.  Overall, the weekend wasn’t too terrible but yesterday looks like some rain did creep back in during the afternoon hours.  Saturday was the best day to get some turns in but those folks who got an early start on the weekend and skiied/snowboarded on Friday really got the best conditions as evident from this little clip at App.

Overall, the week ahead looks pretty good!  We do have some milder conditions for the oh so important President’s Day Weekend, but they don’t look to be anywhere near as warm as last week and this past weekend.  In between now and then, we have several nights of snowmaking and even a day or two (or three) of around the clock snowmaking for some.  Snowshoe mentioned as much on their snow report this morning…

It looks as if around-the-clock snowmaking will be possible for most of the week, so the slopes should be in fantastic shape heading into Presidents Day weekend!

There is even some light snow in the forecast for the North Carolina and West Virginia ski areas on Wednesday and Wednesday night.  It’s nothing major but a couple inches looks possible as of right now.  A work week filled with snowmaking and light snow should be an excellent way to prepare for the holiday weekend.  The positive forecast has me thinking we will see some additional trails open up for the weekend as well.  I’m mainly hoping that some of the resorts down here in North Carolina can open up additional terrain, as it’s a little odd to see some of these lower numbers this late in the season.

As I mentioned, the weekend will be milder but it looks like it will be sunny for many of the resorts.  I’m seeing lots of “Sunny” and “Mostly Sunny” conditions on the NWS forecasts for the ski areas.  That would be an ideal forecast for Saturday and Sunday if it comes true.  Many people who will be on the slopes this weekend aren’t frequent visitors to the mountains, so I’m sure they would love to be able to see the beautiful views that the region has to offer.  That sunshine combined with the fact that the snow guns will be turned off should excite many as well.  To sum up, the holiday weekend looks promising!  Get pumped!

There’s Still Snow in Them Hills

Yup, the season is gone. There’s no snow left.

Over the weekend both Mike and Joe Stevens posted some stuff about their effort to remind people that there is still plenty of snow at the ski areas despite the mild weather.  It was so ironic that after reading both posts yesterday I had a similar experience with a friend.  I was texting him about the Snowshoe Summit and his response was “Season is gone.  Temps too mild.”  What?!  This is the same guy who was just at Snowshoe THREE DAYS PRIOR when it snowed 6+ inches!

People don’t realize just how much snow the resorts make and how long it can last.  A few days worth of warm temperatures does indeed put a dent in base depths, but it’s not like all of the snow on the mountain completely vanishes.  We always run into this issue every year, but usually it’s in March and not February.  Once it gets warm off the mountain, it’s like winter becomes a distant memory.  I always shock at least one person I know when I tell them I’m going snowboarding in mid-March.  They are flabbergasted that there is any snow in the mountains still.  Even with the advances in technology and the fact that we have webcams at every single ski area in the region where you can see things for yourself, people just don’t realize that there is still snow to be had.  It’s crazy.  So please help spread the word and let others know the season is not over.  Far from it.

Check back all week as we’ll keep you updated for the holiday weekend!  Stay positive and think cold and snow!