Hey! Where is Everyone Going?!?! There’s Plenty of Skiable Slopes Open! 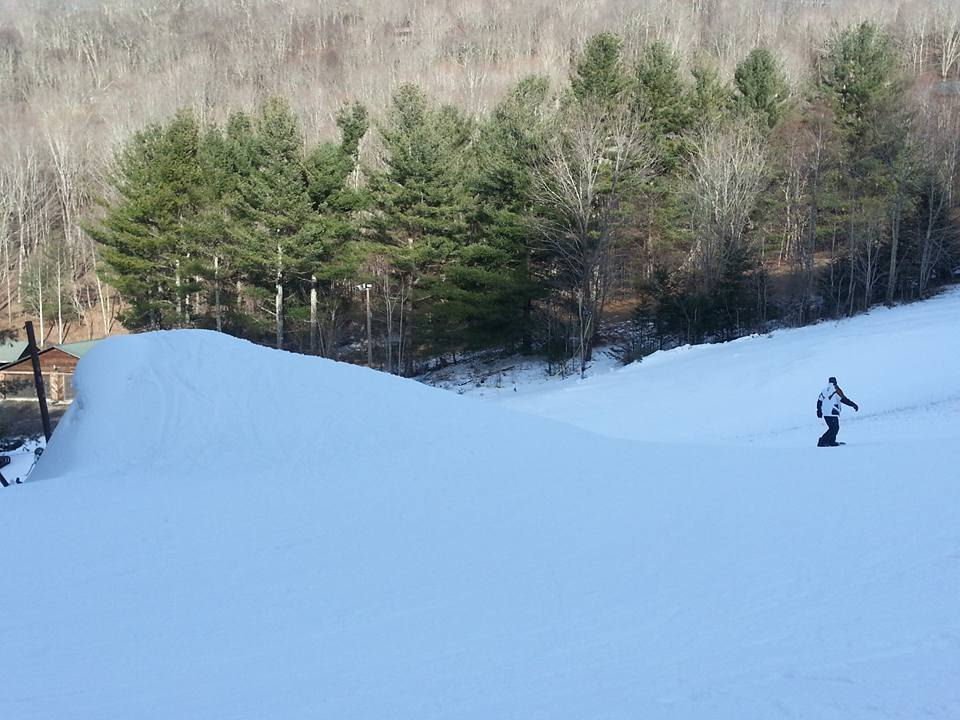 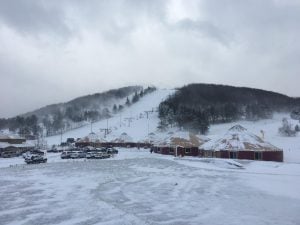 Great and snowy photo of Wisp Resort taken on Thursday of this week. Click to Enlarge!

I want to start off Sunday’s FirsTrax blog by not only “towing the party line” but telling the truth. THE TRUTH IS that there is plenty of skiable/ridable terrain open at every ski area in the region. There is good, side-to-side coverage. The snow is soft, and VERY “fun-carvable” and there’s plenty of it and despite VERY MILD temperatures for mid-February the slopes look good.

However, here is another truth.  Outside of those who planned a ski getaway for this week (and kept their reservations) and aside from the usual, diehard skiers and snowboarders who are knowledgeable about how things work at our ski resorts – MOST people assume that the only skiing and snowboarding going on in the United States right now is in the far West and extreme northeast. 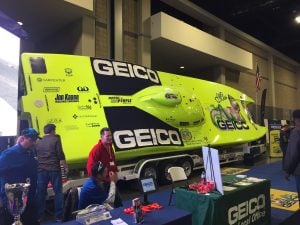 I attended the boat show over in Charlotte on Saturday and I enjoyed looking at some monster boats and accessories. As I walked around and spoke with various people I was often asked where I was from. I would answer and invariably the subject of the ski resorts would come up. Every person that I spoke with was SHOCKED that the ski areas were open. When I would elaborate and state that they actually looked darn good…I would get a response that resembled the old “RCA Victor Dog”. 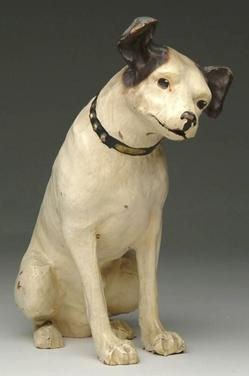 This guy was VERY popular back in the 60s…

I realize that comment will date the heck out of me, but some of you will get it. If you are younger than 50 years old, you’ll have to Google it. My brother used to tickle the heck out of me when he would ask a tough question that someone couldn’t answer. Confronted with an unanswerable question, people will often give you a blank stare and cock their head to the side a bit. He would often reply, “Don’t give me that RCA Victor Dog look!”

Anyway, THAT is the look I often received yesterday in Charlotte when the subject of skiing came up and I shared how much snow is on the slopes.

I can’t really blame them because I saw the thermometer on my truck hit 77° yesterday in Charlotte. I can tell you that the furthermost thing on anyone’s mind there on Saturday was snow or snow skiing/snowboarding.

…and things will be yet a notch milder today. Here are the observed temps as of 8:30am this Sunday morning:

I have had numerous conversations in the last two months with normally, very-active skiers and snowboarders who have just not been “feeling it” this season. It HAS been an odd one to say the least. However, outside of two, real THAWS, it’s been an OKAY season in terms of keeping snow on the slopes. However, this has probably been THE MOST CHALLENGING winter in memory for the mountain ops crews at the various resorts to maintain and KEEP snow on the slopes.

The HUGE majority of our southeast and mid-Atlantic resorts have not been fully open this season with all slopes and trails operating. I know I will probably miss one … but to my knowledge ONLY THESE resorts have been 100% open at some point this season:

Interestingly, Appalachian has NOT been 100% open but perhaps on 3-4 days this season. Outside of App, you can probably guess what the other three ski areas have in common. You can’t? They are all located in the great, “By God state” of West Virginia.

By the way, Snowshoe and Winterplace are 100% open TODAY and both resorts have been 100% open on a good number of days this season.

I was speaking with a superfan of Sugar Mountain last week and he shared, “You know I can’t remember a season EVER where Sugar Mountain was not 100% open for most of the season.” He added, “Now I can’t think of a time in the last two years where they WERE 100% OPEN.” 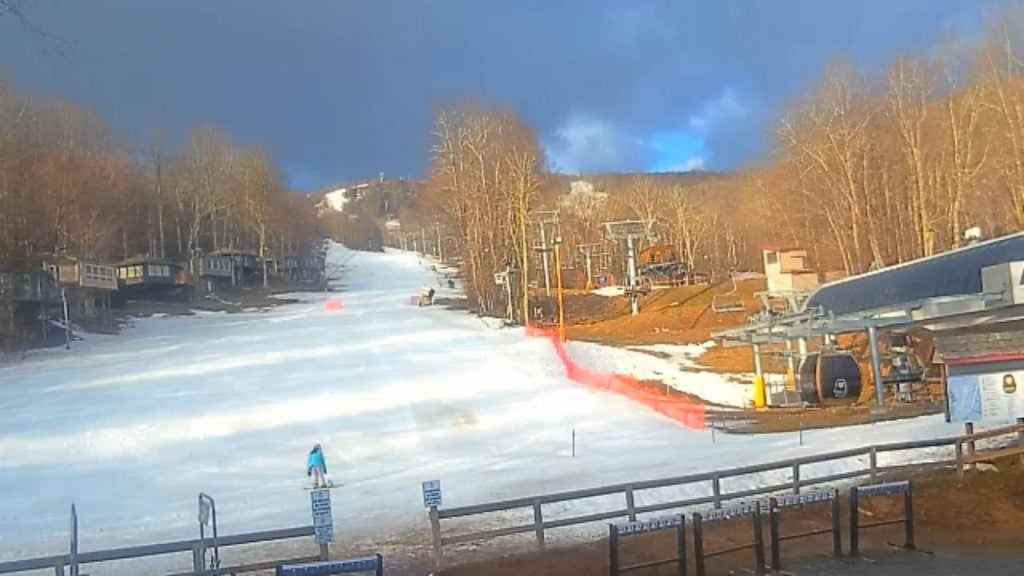 He’s correct. In fact, Sugar has struggled to open, maintain and keep open 14 of 21 trails. However, Sugar is not alone, NOR are they among the resorts that are struggling the most.

Ober Gatlinburg and Cataloochee Ski Area are located on either side of the North Carolina/Tennessee line in semi-close, one-hour proximity to each other and the weather (and water issues for Cat) have made things miserable for their mountain ops crews. Massanutten Resort and Omni Homestead have had the worst of it in the Virginia ski areas.

A LACK OF BELOW FREEZING TEMPS THIS SEASON COMPARED TO MOST

We have several meteorologists who are “friends of SkiSoutheast” and one emailed me last week saying, “Mike I don’t know if you realized this or not, but the average low temp for Banner Elk is 23.23° in February. We’re not getting anywhere close to that.”

He’s correct. In fact, according to U.S. Climate data, the average low temperature for January through March in Banner Elk is 20° for January, 23° for February and 29° for March. THE AVERAGE…meaning that typically we will see below freezing temps at night on most nights each month.

For areas like Canaan Valley and Snowshoe – the average lows are 14° for January, 16° for February and 22° for March.

My buddy Mike emailed me that Banner Elk has only seen below freezing temperatures this season on:

That’s less than 42% of the season to date where we’ve had cooperating temperatures for resorts in the High Country to make snow. …and it’s been worse in other areas.

While I’m on the subject, I don’t want to hear from you gloom and doomers who say that the sky is falling and things are getting warmer. The record high for a February day was waaayyy back in February of 1932 when the high was 75° in Banner Elk.

The purpose of all of the data sharing is to kind of sum up the fact of WHY “skier interest” may be down a bit this season. That and the fact that LAST season was the pits by normal standards and you have a “perfect storm” that has skier interest and skier visits down.

It’s been heart-warming to see the over-packed parking lots at Sugar and Beech over the last few weekends. Good snowfall and frigid temps promoted those crowds. However, it’s been hugely “hit and miss” for the North Carolina and Virginia resorts and not altogether awesome even for the WV and MD ski areas (which have gotten more cold and snow than their brother and sister ski areas further south).

Well I guess there’s no surprise here. I logged into our analytic backend and found that we are still BY FAR the most visited ski resort reporting website in the region…HOWEVER our traffic is off 47% from last JAN-FEB. Now bear in mind that things got going pretty well last January 1st through February 2nd before the OFF SWITCH hit at about Groundhog Day last season.

This JAN-FEB has been VERY, VERY challenging with only 18 of 43 days being cold enough to make snow. THAT has cut into our usually heavy traffic this time of year.

Without last week’s attention-grabbing snow – our numbers would be even further skewed downward.

TRANSLATION – we need some snow to fall in areas outside of West Virginia. It’s GREAT that the WV resorts are GETTING GOOD SNOW, but most metro areas in DC, PA and particularly into VA and NC are just not getting AS excited as they would be if it was snowing into the other mountains of the region. In other words – when the NC mountains get a lot of snow – it is GREAT for business into WV as well.

Snowshoe, Winterplace and the other WV ski areas gain a ton of skier-visit-traffic from the Raleigh, Durham, and Charlotte markets and when the NC mountains aren’t getting a lot of cold and snow – those markets are not as attentive as they otherwise would be.

Every time it snow across the mountains of VA and NC, more people take notice than they do when it ONLY snows in WV. Those facts are painfully obvious and our 20+ years of archived data tells that story in HD clarity.

THERE’S ANOTHER TREND GOING ON AS WELL

Last minute travel planning. We started seeing more and more of that trend probably ten years ago with the further growth of the internet. Easy access to being able to find last second lodging made people wait and make sure that the weather and conditions were conducive to a great getaway.

The last two winters have exacerbated that trend. Since more than HALF of this season has been above freezing…people have taken a “wait and see approach” on steroids.

Many ski areas have taken to promoting travel insurance as a way to induce visitors to booking in advance with the promise of refunding lodging deposits upon cancellation – but those promotions have had limited success. People are simply more informed that they can check the conditions, see the slopes and still find lodging at the last second.

So during these WILD and MILD temperature swings we can see our traffic drop like crazy. When SNOW hits…our line graphs rocket skyward!

TRANSLATION #2 – we need consistent cold and snow in a bad way!

ONE LAST OBSERVATION AND SOME CLOSING NOTABLES….

We have been hosting SkiSoutheast Summits for several years now and I have never seen it where four days in a row pass with NO Summit signups. We’ve been holding at 40 people attending our March 3rd, 4th, 5th Summit at Snowshoe since Thursday.

Snowshoe Mountain is 100% open with 57 slopes and trails – with more snow on the way this week…but the forecast for most of the Southeast is for continued milder than normal days. We SHOULD see some snowmaking tonight and over a few nights into this week. We could see a little snow mid-week, but the forecast through February 21st isn’t “travel-plan-inducing”.

We can hope that the end of the month provides plummeting temps and mounting snow! If you haven’t booked yet – I WILL tell you that Snowshoe is booking up fast for that weekend and our discounts are only good through February 20th. Get 20% OFF lodging, a FREE SUNDAY lift pass, and tons more. Read more information about the Summit below. 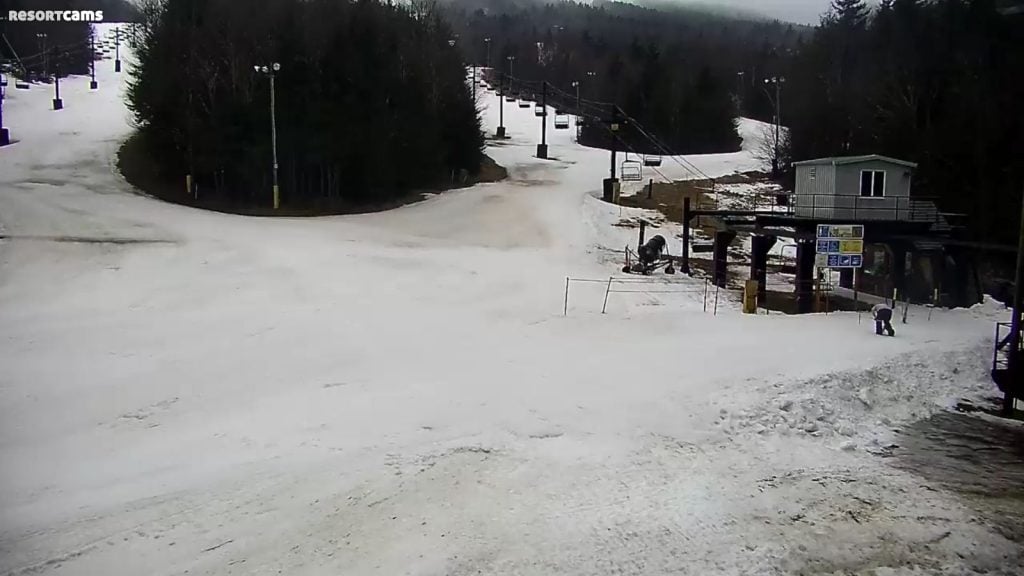 Snowshoe’s Silver Creek looking a bit wet and thinner than we thought they’d be. Click to enlarge. 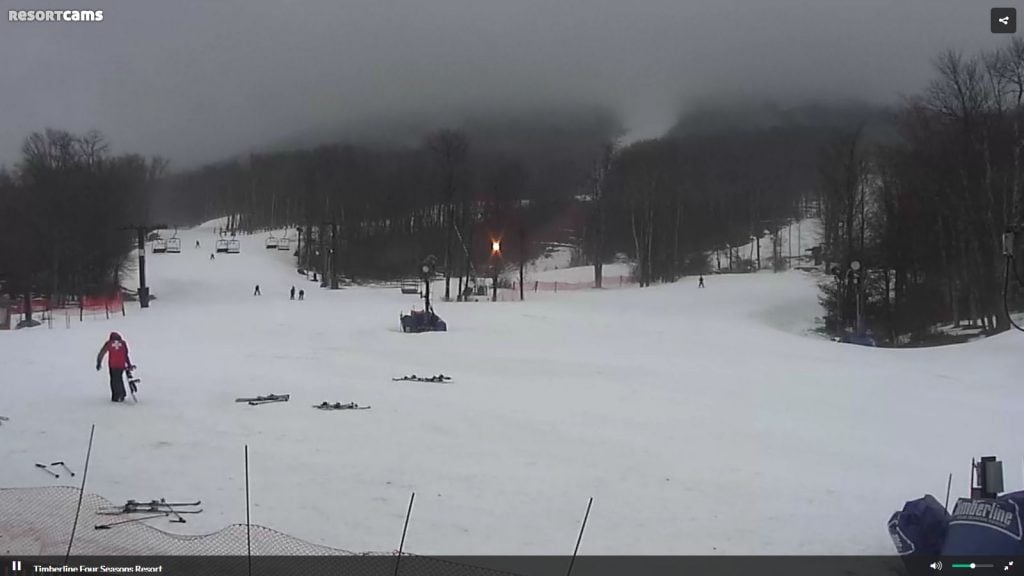 Expect milder temperatures on the mountain of your choice today, making for some soft, playful surface conditions. The mercury plummets later this evening, and our snowmakers will get started on what looks to be a busy week for them with lots of cooperative temperatures in the forecast. That means great conditions all week long and beyond, so get your gear and your rears UP HERE!

Previous Post
Let’s Talk PERCEPTION and REALITY Today!
Next Post
ARE YOU KIDDING ME by Joe Stevens