It Is What It Is 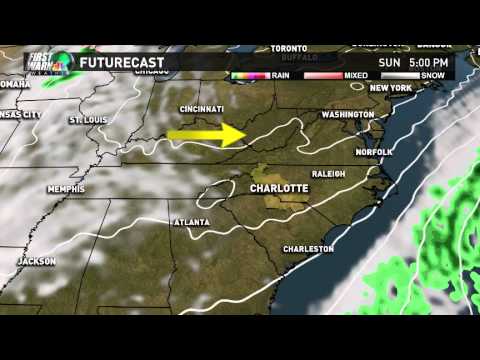 Usually I’m pretty stoked for Fridays.  I’m still looking forward to the weekend, but man this weather is bumming me out.  I’m looking out my window right now and the dreary, grey skies are not putting me in a good mood at all right now.  Neither is the lack of cold/snow or the prospect of a wet Saturday.  Brad Panovich sent us his latest skier forecast.  This is only for the squeamish.

Alright, it’s not really that bad.  The couple of cold blasts we’ve seen so far this year have just been teasing me.  I’m ready for continued cold and snow.  At least I’ll have time tomorrow to work on my board.  It’s got a MASSIVE core shot in it and I think I’m going to take it to Alpine Ski Center down in Charlotte.

If you are heading out this weekend, I’ll say that Sunday looks much better than Saturday.  MUCH better.  It looks like sunshine will return so that is good news.  Might not be a bad day and I’m considering heading to App.  We shall see.

As Brad mentioned, next week looks more promising.  Colder temps look set to return and there’s even the possibility of a little bit of natural snow depending on whose forecast you look at.  That combined with resumed snowmaking and I think next Friday’s First Trax will be a lot more fun to write.

Before I go, I’ll just recap the list of who’s open, who’s not, and who’s opening when.

TENNESSEE
Ober is Open for Tubing

WEST VIRGINIA
Snowshoe is Open for Day Sessions
Winterplace, Timberline, and Canaan All Open Next Weekend

So there you have it.  There’s actually a good bit of places to choose from this weekend.  Next weekend will be even better.  I promise.

Mike’s with you guys this weekend.  Think cold and snow!

Previous Post
Manmade Snow is Back in the Air
Next Post
IT’S A BABY BOY!!! BORN TO WISP RESORT’S LORI EPP!