Manmade Snow is Back in the Air 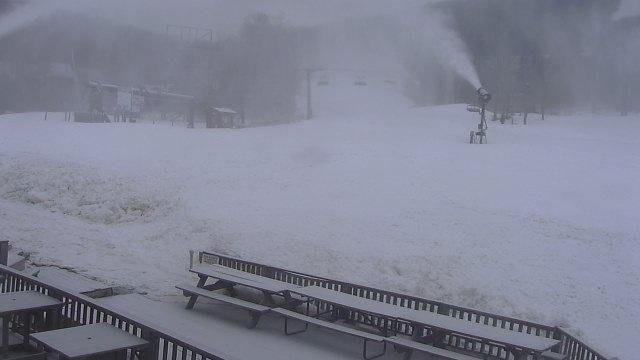 It’s amazing how much of a lift me up it is this morning to see at least a couple of ski areas making snow.  As I was going through the snow report this morning I noticed that Wisp was showing a temperature in the 20’s so I decided to check out the webcams up there, which they have plenty of and just recently got back up and running.  Sure enough, there’s snowmaking going on!  I don’t know what it is, but that put me in a much better mood this AM.

Wisp isn’t the only resort making snow this morning.  As I continued the snow report I noticed that Timberline was in the 20’s as well.  Sure enough, those guys up in northern West Virginia are also making this as of this post and man does it look pretty good up there!

You would never know we’ve been in a mini-thaw by that picture.  Timberline has been making snow at every chance they’ve gotten, and it definitely shows.  That’s a lot of snow.  They’ll be opening next Friday and with more cold next week they should be offering some great conditions.

It’s a little too warm for everyone else to be making snow unfortunately.  I say warm but temps are generally in the 30’s and lower 40’s right now, which isn’t warm by any means.  The snow seems to be holding up remarkably well at the open ski areas.  There’s nothing in the woods and off to the sides, but there’s still plenty of snow on the open trails themselves.

The weekend looks a little challenging as rain is in the forecast.  Blegh.  The good news is that cold and snow is looking more and more likely to return early next week.  I was reading a discussion this morning and the phrase northwest flow was used.  That always gets me excited.  I love northwest flow.  We’ll have to see how long the colder air sticks around for but it’s going to be for at least a few days which is more than enough to lay a bunch of new snow down.

Announcement time.  I mentioned yesterday how it wouldn’t surprise me to see more ski areas push back their re-opening date until next weekend.  Winterplace has joined in on that trend and announced their new re-opening date is next Friday, December 12th.  Like I said yesterday, that’s probably a good call.  Two other things to mention about Winterplace, it looks like they tweaked their website a little bit (http://www.winterplace.com).  I’m diggin’ the new layout.  The snow report summary is right there on the homepage and easy to find/get to.  That’s nice.  They’ve also re-positioned their webcam.  They did this last week and I forgot to mention it.  I’m pretty sure it’s now located at bottom of Lift 2 and 8. 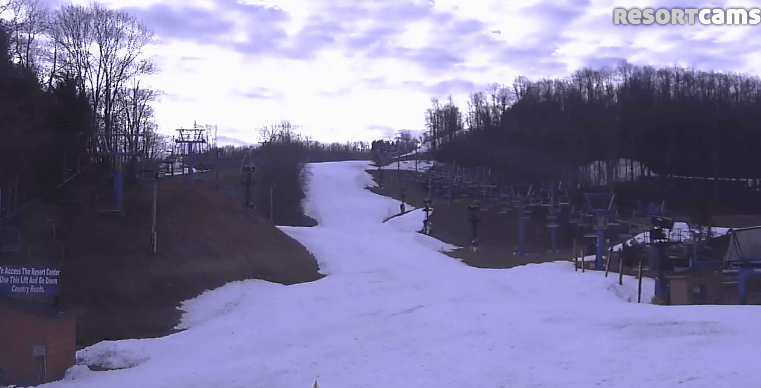 There’s a pretty cool event going on at Appalachian Ski Mountain this weekend.  They’re celebrating their 52nd anniversary and are offering $5 lift tickets, the price that they were back in 1962.  This offer is good for both Saturday and Sunday.  Read more about it HERE.

Finally, Cataloochee has a couple of things going down this weekend.  Their 2nd Annual Ski & Snowboard Swap Shop takes place both Saturday and Sunday.

Hosted by the Cataloochee Ski Patrol, go out with the old and in with the new by selling your “gently used” equipment and clothing from 8am – 5pm on Saturday and 8:00am until 2:00pm on Sunday.  Registration and equipment drop off is 3:00pm-7:00pm on Friday, December 5 and 7:00am-9:00am on Saturday morning, here at the area.  More information is available by clicking here for downloadable posters, tags, and selling hints.

I wonder if my board which has a massive core shot in it classifies as “gently used”?  Ha.  Probably not.  Cat is also hosting their annual Can-U-Ski Food and Coat Drive.

This is a great event and it always draws some large crowds.  Free skiing for a great cause…that’s the ticket.

Enjoy your Friday Eve everyone.