IT IS OUT THERE FOR THE TAKING, JUST LOOK FOR IT 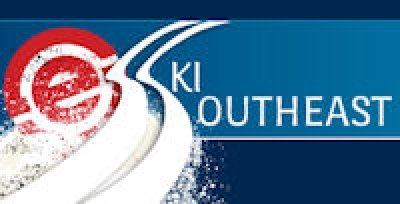 For those of you who were able to hit the slopes over the weekend, it had to be epic.  Everyone who was fortunate to be on the slopes I hope you weren’t trying to compare it to the last time the conditions were this good, because in case you don’t realize it, that ride is gone and this weekend’s sliding should be the first you think about when remembering your bestest ride.

Seriously (as my eight-year old would say to me), I can’t count how many times I was able to enjoy the type of conditions that were everywhere in the southeast region this past weekend and still hear from some skier or snowboarder that it still wasn’t as good as the blizzard of 93 or this storm or that storm.  Who cares, those sliding days are long gone, enjoy the moment and that moment is now.  Every resort in the region worked around the clock taking advantage of the arctic blast that passed through the region to make tons upon tons of snow and open as much terrain as possible for skiers and snowboarders to enjoy.  I hope if any of you saw a snowmaker during your travels, you thanked them for their efforts.

If you had a chance to ski or snowboard this weekend and put it off because you weren’t convinced that the conditions were awesome, shame on you. Anyone who uses the “Well, I didn’t know” excuse, here’s your sign, as Jeff Foxworthy would say. Just about every resort has a live web cam located and hosted on this website and if you haven’t used real time boots on the ground intel, well shame on you and you deserve to sit at home, just wondering what it would be like on the slopes.  The cams take the guess work out of knowing exactly how the conditions are at any resort that is producing live pictures.

It still puzzles me about how close-by resorts still have large differences between them when it comes to natural snow reporting totals.  I mean we are not talking about solving world peace here (which would be nice though), we are talking about measuring snow and the folks that subcontract for the National Weather Service do it very well, why not that is what they are getting paid to do and they usually have no connection to any nearby ski resort.  But how many times do you see Resort A reporting 5 inches of snow and Resort B reporting 1 or 2 inches of snow and they are located only a few miles apart and share the same elevation.  If all of the resort’s snow reporters would just use the one independent service, the totals would jive and skiers and snowboarders would respect the totals more than thinking or saying the totals were just made up numbers.

While I am on the snow reporting subject, I just love watching base depths climb when the weather gets like they have been the last ten days or so. I am still amazed that some resorts still believe skiers and snowboarders make their destination decisions on the snow depth after the conditions have reached figures of over three feet.  If I have said I once, I have mentioned it probably too many times, just how much snow do you really need underneath your skis or snowboard, six, ten or maybe a foot of snow?  I consider some of the totals ego depths for some resorts, not saying they’re wrong or shouldn’t be reported, but just reporting numbers for the sake of saying our snow is deeper than yours is not worth it in the long run.  I say hogwash, give me a correct report that may be a little on the conservative side and let me be happier if I find more snow on the slopes than what I was expecting.  Come to think of it I have never seen a skier or snowboarder bring a snowdepth boar with them to the slopes just to make sure everything was on the up and up.  In other words, they just don’t care.  Just don’t tell me that there are no bare spots and I have to slide through mud or grass.  Now that makes everyone mad.  But that makes me revert to the third paragraph of this week’s column and the thought of webcams.

Again, I hope you got out and enjoyed this past weekend’s conditions because they were epic and with the forecast looking cold again later this week, they will only get better, helping create new memories on the slopes of ski resorts in the mountains of the southeast region.

Previous Post
Sliding on in to February with Some NICE Conditions
Next Post
What’s Happening Around the Resorts?