It is going to be a Near Perfect Thursday!

Today’s featured image is from App Ski Mountain. Conditions are fantastic today across the region.

Perfection is hard to achieve – especially when Ma Nature is involved. However, today is going to be pretty darn close.

With the latest round of snow and snowmaking, Thursday is going to be a bluebird kind of day with insanely good conditions across the region.

After Wednesday provided some of the best conditions (if not the best) so far this season, today looks to be just as promising. How good was it yesterday?

“In the words of Candide Thovex……..it was one of those days.”

That was how Canaan Valley’s Justin Harris so eloquently described yesterday in an email this morning.

Since Sunday, Canaan has seen right at a foot of natural powder fall, while Snowshoe has seen around 11 inches. The other northern resorts aren’t that far behind – especially after Tuesday’s quick burst of snow that produced 4-5” most places from Virginia northwards.

On top of that, we have seen the resorts take the opportunity for heavy snowmaking to get things freshened up. If you weren’t able to get on the slopes yesterday, today will be just as good.

It is a calm and clear morning and that certainly sets the stage for a great Thursday. If you didn’t play hooky from work yesterday to hit the slopes, today would be an outstanding day to do so.

The winds have calmed down from yesterday and snowmaking will come to a halt later today as the temperatures are forecasted to be on the milder side.

For the latest conditions, visit the Snow Reports page.

Here is a quick snapshot of how things are across the region. 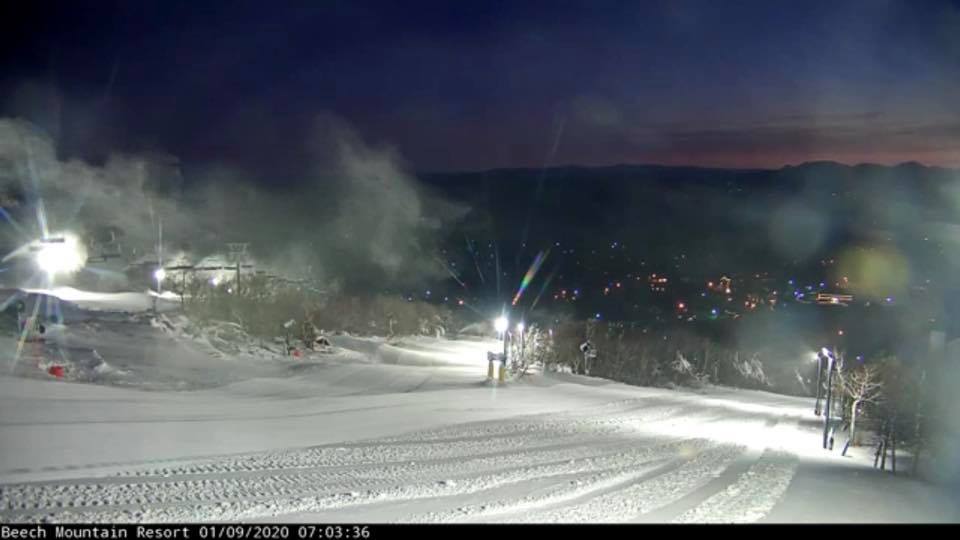 Beech Mountain (32°) – 10 open trails with five lifts operating with a packed powder surface. They have a 24-40” base and are still making snow this morning. It is going to be an absolutely gorgeous day.

Cataloochee (34°) – The Maggie Valley resort is offering 12 trails with a base of 34-56” with a groomed surface. They made snow overnight to conclude their lengthy snowmaking window.

Sugar Mountain (33°) – Playing on a manmade and frozen granular surface with a 26-62” base. They have nine slopes and four lifts operating and made snow overnight.

Wolf Ridge (39°) – The Wolf has a 14-30” base with a groomed surface. They have four trails and two lifts operating and have made snow the past few days when the opportunity presented itself. 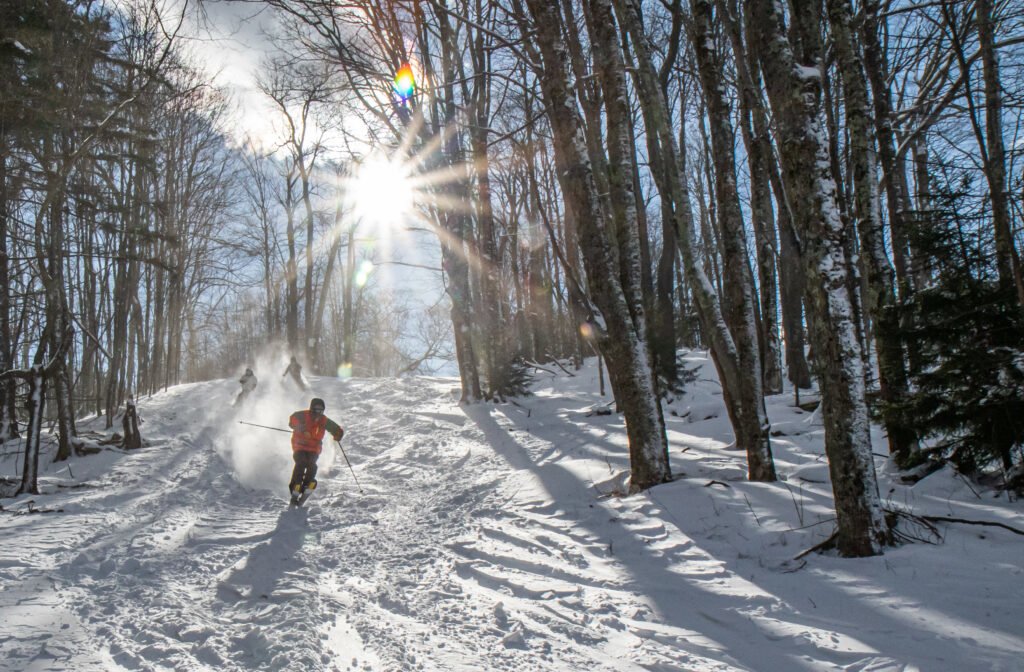 This is a beautiful shot from Canaan Valley’s Justin Harris.

Canaan Valley (10°) – They are offering 12 slopes today with a 35-60” base in the Valley. As I mentioned earlier, they have seen a foot of fresh snowfall the past few days so they are playing on packed powder.

Snowshoe (36°) – The Cheat Mountain magic is alive and well as there are stellar conditions after 11 inches of powder has fallen since Sunday. They upped the open trails to 40 with 14 lifts operating on a 45” base with a groomed packed powder surface.

Winterplace (29°) – Things look great as they are playing on 14-34” base with 13 slopes and five lifts operating. They have a groomed packed powder and variable conditions on the slopes. 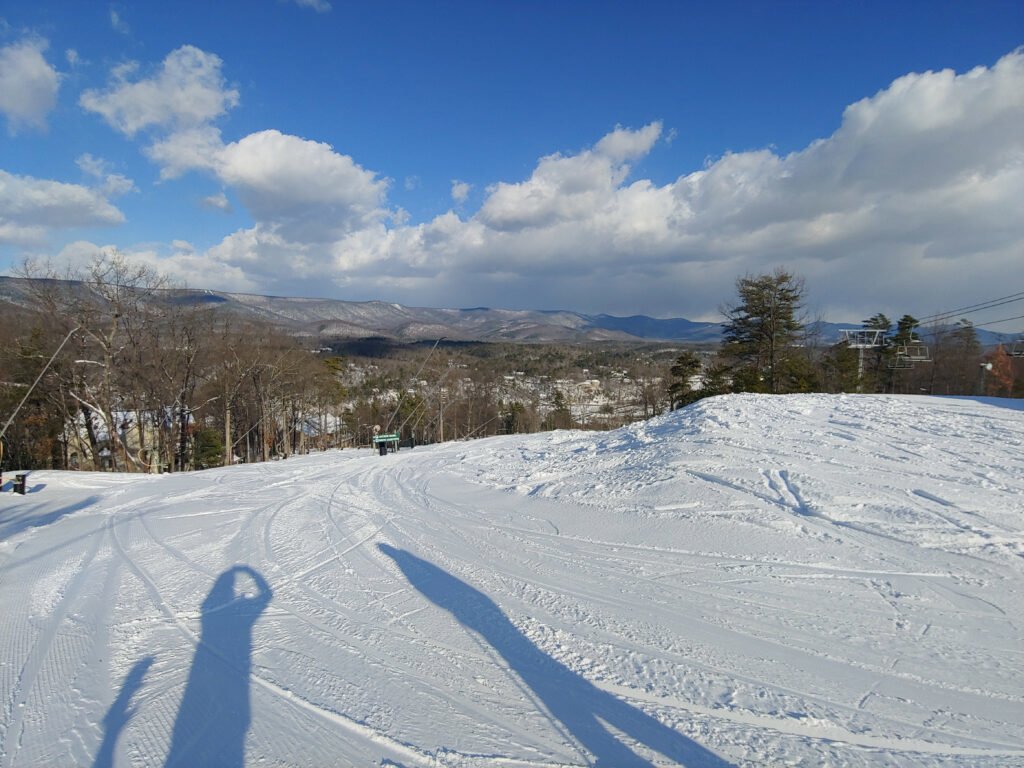 Bill Nabers sent us this great shot from Bryce Resort.

Bryce Resort (21°) – This week has been really kind to Bryce as they have been able to up their base to 30”. They are offering seven slopes with groomed conditions and are making snow this morning.

Massanutten (13°) – It has been a great week so far at the Nut. They are playing on four slopes serviced by five lifts with a 20” base. They have groomed conditions with snowmaking overnight and into this morning.

Omni Homestead (24°) – The Homestead is back at it this morning with strong conditions. They are playing on two slopes with a 6-10” base and are making snow this morning.

Wintergreen (22°) – With six slopes and three lifts operating, it is going to be a great day on the slopes. They have a 24” base with a groomed surface. Snowmaking continues this morning. 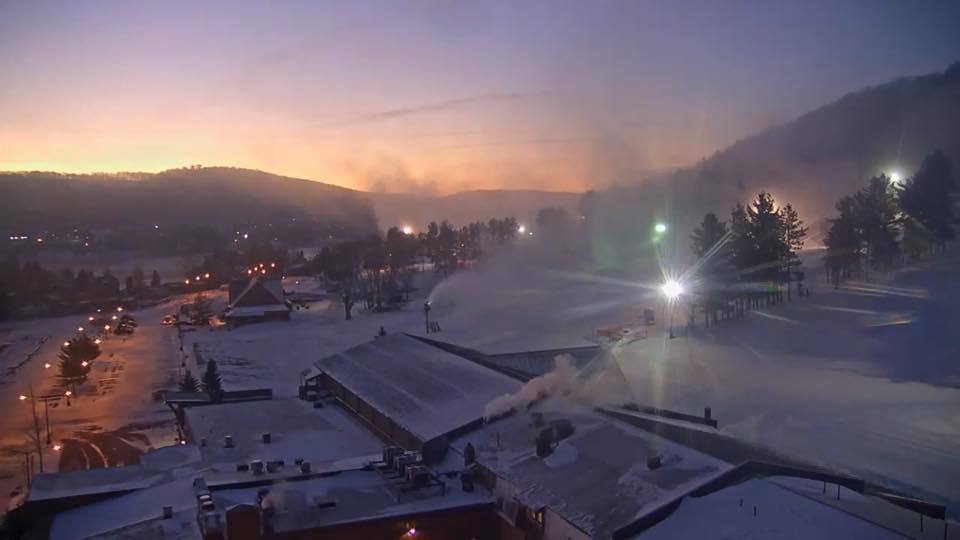 Wisp Resort (17°) – It is a beautiful morning at Wisp. They are playing on 13 slopes with five lifts operating. Skiing and riding on a 22” base with groomed and packed powder conditions. Snowmaking is continuing and they have laid down massive amounts of snow the past few days.

Two resorts – Sapphire Valley and Ober Gatlinburg – are temporally closed as they fight Ma Nature to make snow. We hope to hear more information about their reopening plans by early next week- if not earlier.

It is going to be a beautiful day on the slopes and hopefully, you get to take advantage.