The Scene to Be Seen 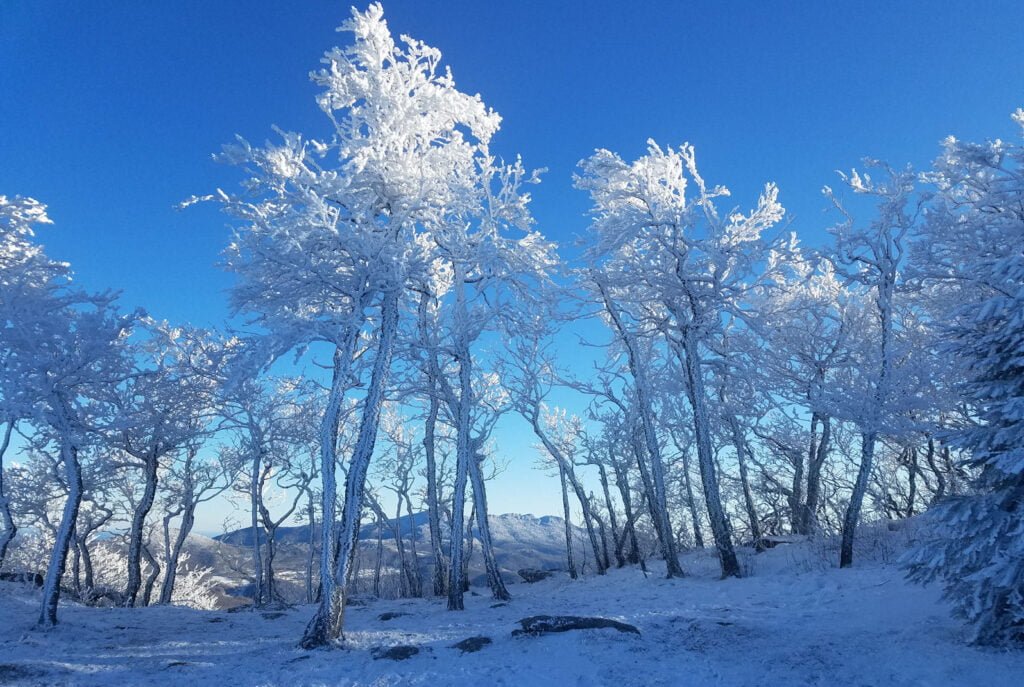 Story and Photos by Brian Dix

Hello skiers and riders of the Southeast and Happy New Year.

With the turning of the calendar and the arrival of cold air this past weekend, we can take a sigh of relief knowing that Winter is here again (if but for a week or so).  The ski areas took advantage by sprucing up the runs and opening up more winter activities for us all to enjoy.

This past weekend I had a chance to go to Beech Mountain Resort with a buddy who has dedicated a large piece of his life to skiing. My two cents is that skiing or riding with others, especially expert skilled individuals, makes the day more enjoyable. Not only can you have pleasant chair lift conversations, it allows for another perspective to take in and share the moments that transpire while outdoors.

During the drive up my buddy reported that from Greensboro to Boone a ton of sunshine and a bit of wind were on hand. That was precisely what I observed from Charlotte as well. However as my trip got closer to the mountains I noticed something surreal in the distance. There were clouds atop the mountain peaks, sitting peacefully like a beanie on a persons head. Was it a sign of what to expect on this particular Sunday?

As the drive climbed to higher elevations the best gift nature could give was all over the place. The snow that fell the night before was not just a small dusting, but instead it was white blanket of joy.  Once we met up and consolidated everything into one vehicle, we proceeded onward to Beech. Fortunately for everyone, the road crews did a fantastic job making the travel safe, especially that stretch from Banner Elk to Beech Mountain. The biggest issue on the road was the fog or clouds in some spots, but it was nothing to fret. Little did we know that we would be inches away from a different threat once we parked in the lot.

I’ll give this lady credit for being as calm as she was while her truck slid on a sheet of ice without any means of stopping. Her pickup truck came within inches of colliding into our vehicle when a small strip of gravel provided the buffer. She was very apologetic even though no damage occurred, but was also somewhat afraid about getting past the ice patch without sliding some more.

Much like a game of musical chairs, the parking lot crew at Beech coordinated some of the already parked vehicles (which fortunately still had the people there) to make room just in case. With the help of them, a truck with a plow and rope, and a bunch of chuck salt they quickly laid down, she got free. It should be noted that at the conclusion of the ski day all of the salt had melted the ice away from where this occurred. Kudos to Beech for having the proper tools to fix the issue.

I would like to highlight that my buddy recommended to her to go buy a couple of bags of sand in order to weigh down the back of the truck. Not only does that weight help with momentum to free the vehicle, but if need be you can cut the bag open and pour some of the contents down on snow or ice, as it can help improve the surface area below the tires. I have use kitty litter in the past in similar manner and it did the trick.

Speaking of sheets of ice, Beech Mountain Resort currently has an ice skating rink open to the public right in the middle of the village.  This is a great opportunity for visitors to enjoy the winter scene even if they do not like heading down the slopes.  My buddy and I got to talking with a nice lady named Tiffany who manages their Demo Shop near the rink, and she said that Beech Mountain is open for multiple activities beyond skiing and riding. They also have snow tubing and some really good music performances, especially at night. On Facebook today I read that they will be hosting a Card Against Humanity night on Friday the 24th of January at 6pm. Should be a barrel of laughs. 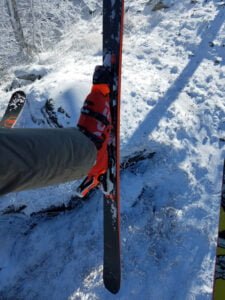 If anyone is curious, Tiffany told me that the demo shop has a contract with the ski manufacturers Rossignol and Armada that you can try out while visiting. Both of those brands are very reputable within the industry. My buddy was able to demo a pair of Rossignol skis and boots, and his evaluation was that he had a great time containing the edges and was able to rip down the mountain at a comfortable and controlled speed.

I guess my point is that skiing is more than just skiing. There are plenty of activities that go on at the resorts. Some of the best laughter and greatest moments come from the camaraderie with others once you are there.  It is at these moments that you can meet some cool people from all over world too. We met a couple visiting from Venezuela that was there to simply take in the scene. We had a great chat about baseball, which is huge in their country, while watching the NFL playoffs and looking outside to see skiers and riders shoosh back to the lifts.

As for the snow conditions, they were crisp and excellent. We experienced fantastic coverage from side to side with only one bare spot in place towards the approach to Lift #5. An added bonus is that we never encountered an ice patch all day.  My favorite trail was Robbin’s Run which had some “whales” on the right side that created some neat dips and launch points for some air. A close second was Upper Shawneehaw that had a few jumps on the edges, one of which provided a nice pop on the right side just past the condo with the Keystone gondola lift on the back deck.

Beech did have the snow guns going, but they were not firing at full blast…or so it seemed that they used discretion about skier traffic and guest comfort. This is great news because any time you can get a little refresh on the run you should have a great day. That bonus coverage helps with the glide to make easier turns. 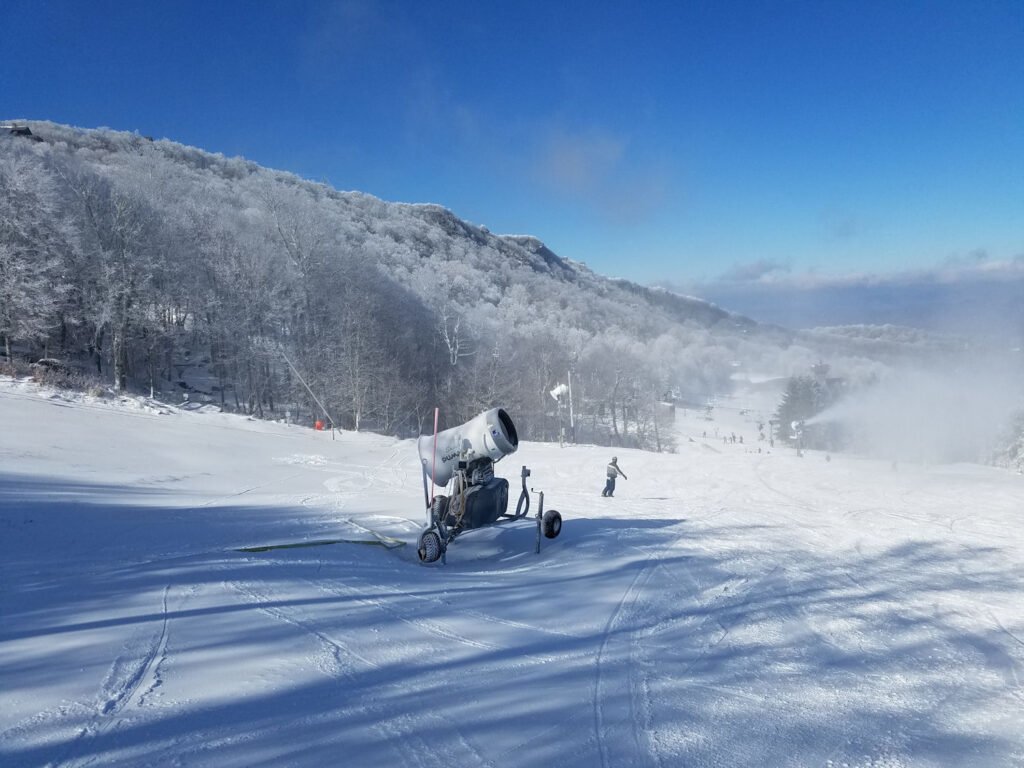 Great conditions and great snowmaking made for a great Sunday! Click to Enlarge!

There was more of a crowd than previous ski days this season, but we never had a major wait longer than 3 minutes in line . My friends out west have reported massive lines with waits beyond 15 minutes already. Ayesh! 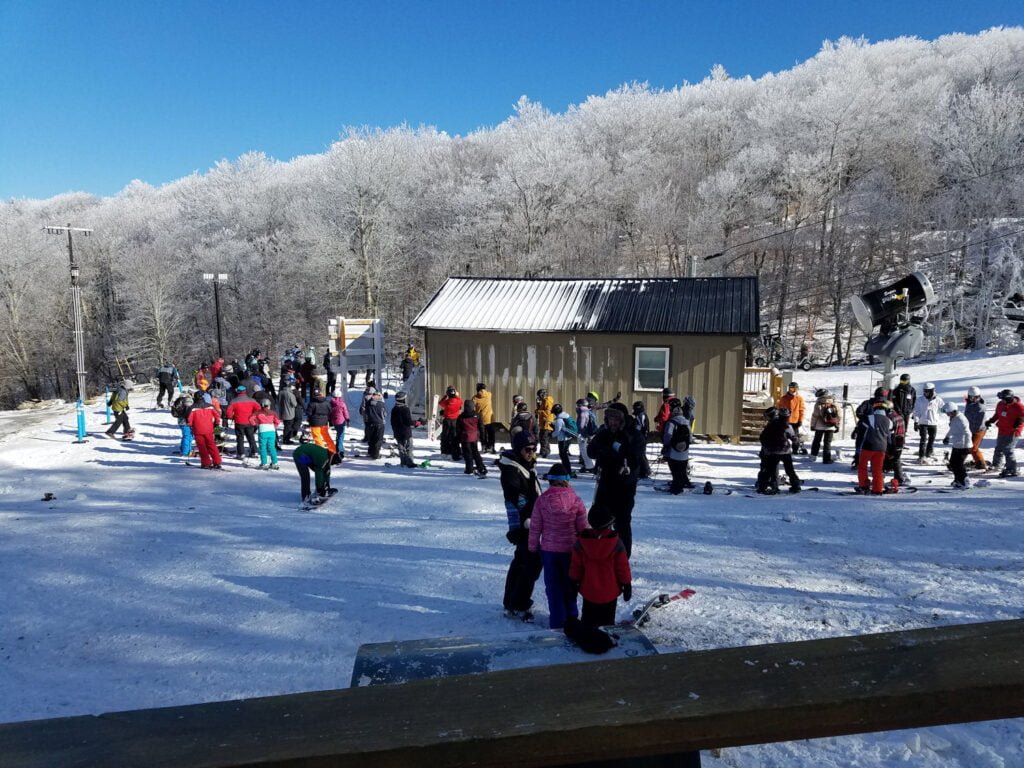 The scenery got much better as the day carried on. While the stoke was up already due to a few inches of natural snow, we had somewhat of a gray gloomy vibe at first due to the clouds.  The added rime ice on the trees and lifts made things all the more beautiful. 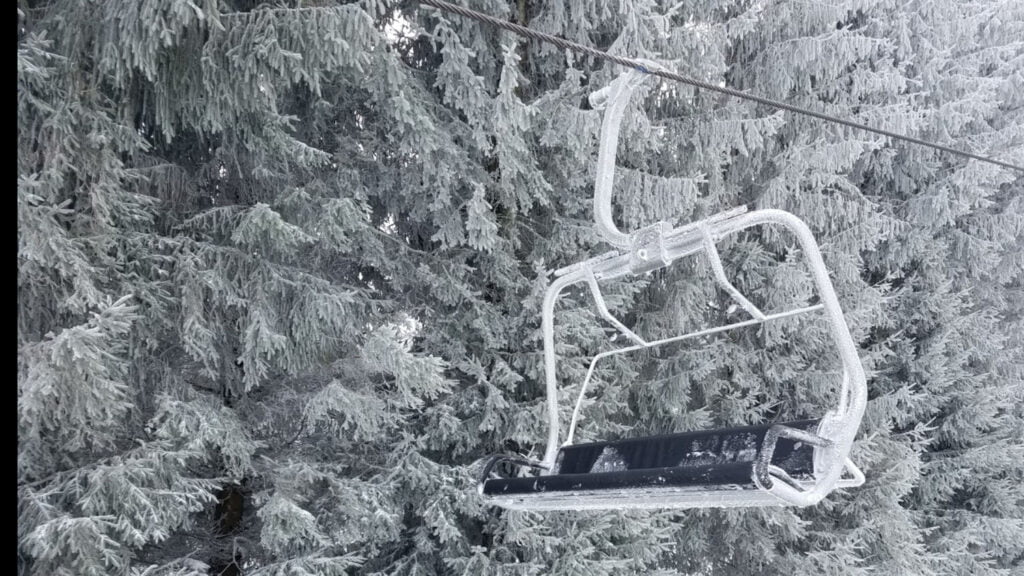 Once that cloud cover blew away this ski day concluded with an absolutely beautiful blue bird afternoon. Several hues of blue blended beautifully with the whites and browns that the Appalachians provide. You could even see how the higher elevations were frosted over by the snows. 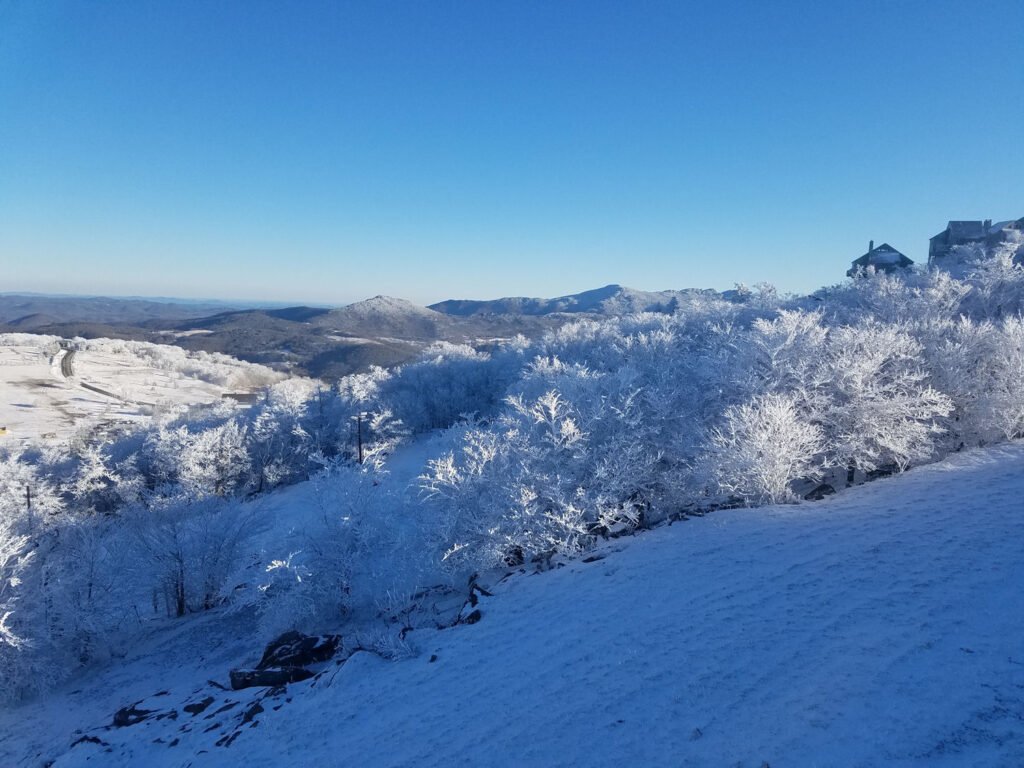 I guess the final point I am getting at is the heart of the ski season is upon us, and the resorts are ready for you. For those of you living in a major metropolitan area – you are but a few hours away from a winter wonderland. All you need to do is pack your stuff and head to your nearest and perhaps favorite mountain.

Previous Post
Up to 5″ of Natural Snow Fell Making for an Incredible Wednesday
Next Post
It is going to be a Near Perfect Thursday!