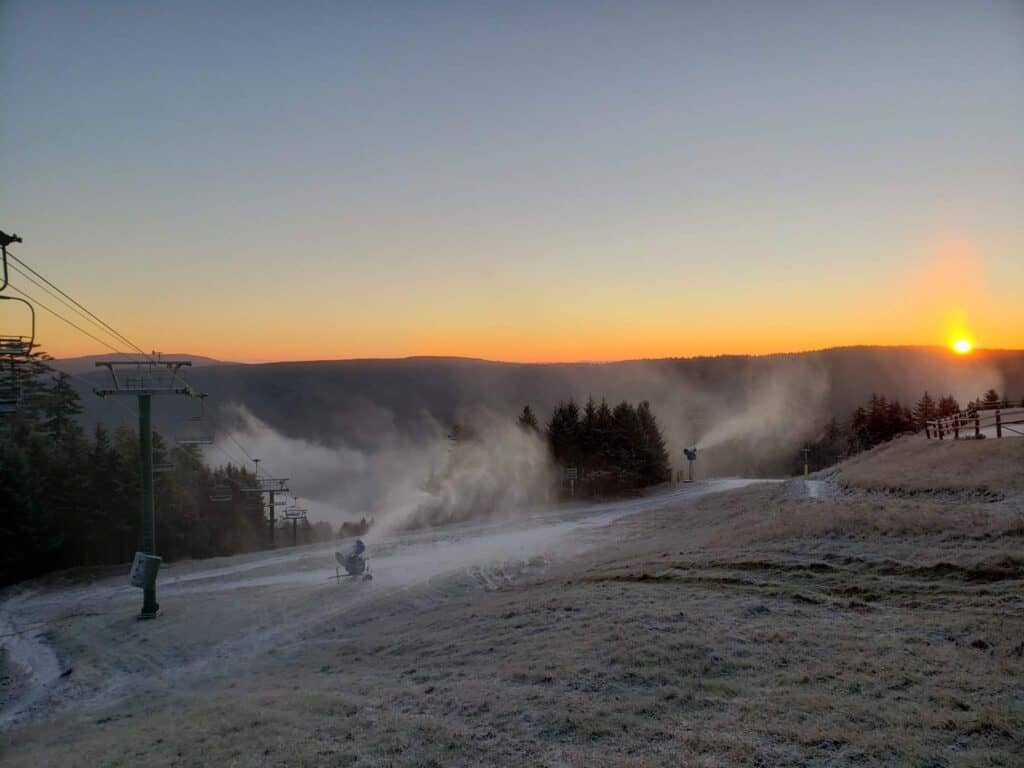 October 31st.  That is the answer to the question “When did snowmaking start for the 2020/2021 ski season in the Southeast?”.  It’s not a trick, it’s a nice little treat for us snow lovers!

I was delighted to wake up this morning and see that one ski area in the region, that being Snowshoe Mountain, had decided to push the button and turn on the snow guns for the first time this year.  Temperatures dipped into the 20’s up there overnight and as a result we are able to see snowmaking take place in the Southeast for the first time in almost 8 months!

After a chaotic year, that manmade snow really is a sight for sore eyes.  This is always an exciting time of the year for snow enthusiasts as the anticipation builds for the upcoming season.  I’m definitely in that category as I’ve found myself watching the weather models more in recent weeks, researching new gear (Burton Step Ons?), and thinking about a trip out west this year if the state of affairs allows it.  Even more so than normal though, seeing snowmaking begin and realizing the ski/snowboard season is only a few weeks away (hopefully) is a nice distraction from everything else going on in the world right now.  Thanks 2020!

If this manmade snow doesn’t get you pumped, there is some natural snow in the forecast to look forward to.  A few inches is in the forecast for mountains of West Virginia and Maryland beginning Sunday night and going into Monday.  That means Snowshoe, Canaan, Timberline, and Wisp might be covered in a layer of white when I look at the webcams on Monday morning.  Winterplace could also see a bit of natty snow as well.  On a side note, it feels SO GOOD to be able to mention Timberline again in these reports. 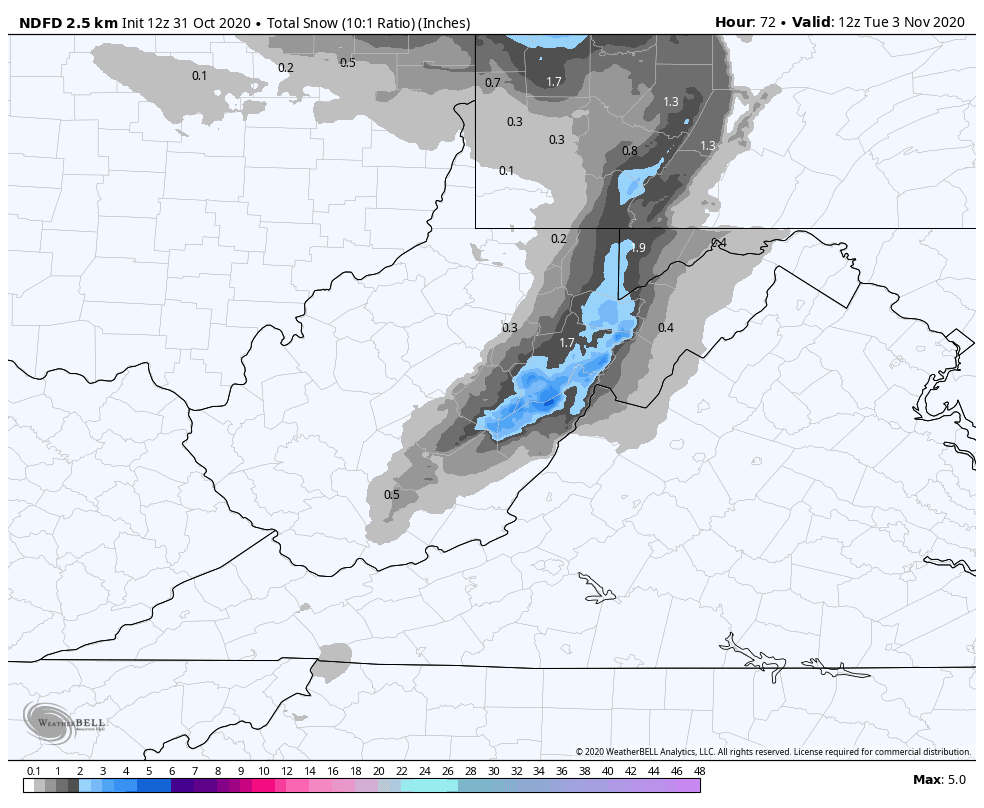 Outside of West Virginia and Maryland, it didn’t get quite as cold but it looks like a shot of colder air on Sunday night and Monday could allow for some snowmaking to take place in the North Carolina mountains.  That said, I wouldn’t expect anybody but Sugar to even contemplate turning the guns on as the extended forecast from Tuesday and beyond shows things warming up a bit.  So it appears that after this little winter tease we’ll have to wait a bit longer to get the season rolling.  We’re still several weeks away from Thanksgiving, which is when most of the resorts target an opening.  Anything before then is just a bonus.  It is crazy to think though that on this date 8 years ago I was snowboarding at Sugar thanks to Superstorm Sandy.