From Skinny Skis to Shredding POW!!!

About a week and a half ago, I made the trip to the Wild and Wonderful Canaan Valley . . . I had been “eyeing” this weekend for a while.

Ski areas have done a remarkable job, pivoting, during the age of Covid, but a noticeable thing that they have had to trim back on, is ‘event-type’ activities . . . and for good reason. Fortunately, there was an event that went off without a hitch at White Grass Touring Center on Sunday, February 7th.

If you haven’t ever been to White Grass, it is truly a magical place. It is just oozing with charm, tranquility, and good vibes. Have a look for yourself:

To boot, they have had an absolutely banner year. According to their website, White Grass has recorded a record number of season pass holders @ 462. With 82 skiable days so far, I truly can’t remember a year that has been this good.

But I was actually there for a dose of pain, and the “39th running of the West Virginia 25k Ski Marathon”, as Chip Chase proclaims that morning. If someone could be larger than iconic, it’s Chip Chase . . . just take my word for it.

No doubt, I was excited. I’ve missed racing, and while that might sound a little elitist, there is something to be said for still testing your mettle. This, combined with the fact that last year we got skunked on the event, because of lack of snow. I was ready for a rip, along with the 15 other crazies who signed up, for a shot of reality. 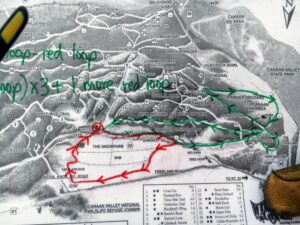 Race Map (I had to take a photo so I wouldn’t get lost, either)

The gun went off, and I was with the leaders for roughly the first of three loops. Two skaters started to pull away from me at about the 8k checkpoint. The leaders were Tim Roberts of Schylersville, NY, and drafting behind him was Ricardo Monoco of Pittsburgh, PA. Tim held a vicious pace and, what looked like, a great rhythm. I raced Ricardo last year at another race called the Sunrise Scramble at Canaan Valley, so I knew he would be fast. Although, I was on skins and he was on skate skis, during that battle. 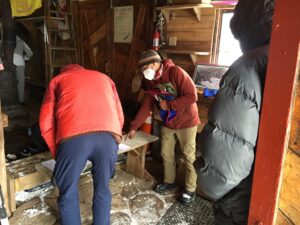 Chip Chase going over the results and awards

The fun wasn’t over though . . . While I was exhausted, I wanted to rally for some powder and a rip at Canaan Valley Resort. I took a quick cat nap at ‘Back-o-the-truck’ lodging (my 5-star accommodations for that weekend). 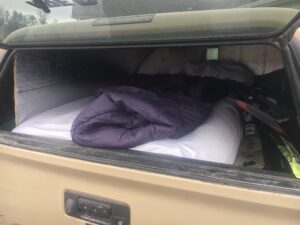 Back-o-the-truck lodging. Can you count the number of skis/boards I sleep with 😉

The past two years, CVR has been on the Indy pass, and this has been a great play on their part . . . especially this year. As a whole, the Valley is just buzzing with energy. With 95.3″ of natural snow to date, the snowfall totals have nearly eclipsed the past two years AND it’s still only mid-Feb.

Nearly the entire resort was open for riding and even though my legs were shredded, it was a heck of a good time. 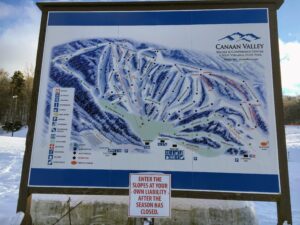 So much good terrain

I look forward to going back in a couple of weeks for the CV Sunrise Scramble, and then using my second of two Indy Pass days in the afternoon. Until then . . . stay stoked!