OK, so I was at SC today, monday (2/22) and there was NOBODY there. It was freaking empty! Got a private lesson at 9 which was a big help since it had been so many years since I have skied. Probably could have had a group lesson at that time and been in a group or 2 or 3, but oh well, I don’t regret it as I needed some focused help using the, new to me, shorter, fatter shaped skis. Yes I have been away that long!

First run I was worried and thought oh boy this is not gonna go so well, but I got back in my groove very quickly after the lesson I am probably as good as I was if not a little better the last time I skied which was really encouraging. I had an awesome day and I am so glad I opted to go to SS instead of a closer place in NC. It is just a lot more special here at SS at least IMO. We did get some light rain for about 3 hours but it did not seem to hurt the conditions much at all. In the afternoon it got fairly foggy. I hope to post my pics of an empty SC where I get back home but that is still 3 days away

Don’t know if this is the norm but saw several deer on the drive up the mountain and a couple at the top of the black runs who must have gotten only about 10 feet away from me which was really cool. They did not seem to care I was there and just hung out for a long time as I snapped some pics of them.

I gradually worked my way over to the blacks at SC which was even more vacant than the rest of the area. Freaking unbelievable. I never once had to wait in line, even for a second. The black diamond area quad (Flying Eagle) probably had people on 1 of about every 20 chairs going up if that.

I really did not know if I would enjoy skiing as much as I used too, but it was every bit as fun, if not more so especially after the lesson, as I remember from my last trip which was Vail in 1995! 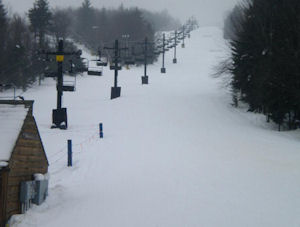 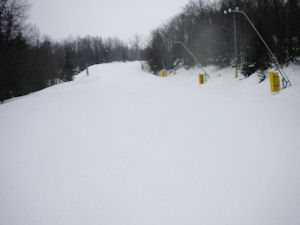 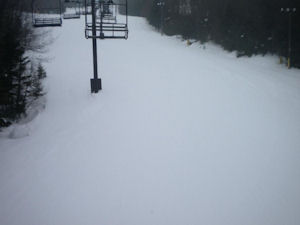 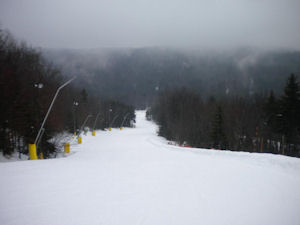 Previous Post
This Snowy Winter Continues – as does AWESOME Ski and Snowboarding Conditions!
Next Post
A Bluebird Day at Snowshoe Mountain with Perfectly Groomed Conditions on Saturday! Photo by Jim Haas